Josh Flagg is one of the best-known real estate agents in the world, rising to fame in 2006 when he was picked to star in the reality TV series Million Dollar Listing Los Angeles.

Since then Josh has carved out a successful career and has quickly become of one the go-to agents in Los Angeles to sell high-end and historical homes.

Josh says he personally loves older homes and that’s potentially a reason why vendors choose to list their homes with him.

“I appreciate that style of architecture more than these new white boxes.”

Over the years, Josh has sold a host of high-end homes in LA including Betsy Bloomingdale’s famous Holmby Hills estate for more than US$40 million.

Even with a celebrity profile of his own, Josh is regularly forced to compete to win high-end listings and says he has a simple formula to win business.

“The goal of a good agent is to read the room and see who your audience is and be able to adapt your personality to that kind of a person,” he says.

“What I do that most other agents don’t, is listen.

“I sit there and listen to what they have to say instead of just talk.

“That way I can answer their questions and inform them of what they want to know and that’s a very important tool that most brokers don’t have, they just talk.”

Josh says one of his best traits is that he loves people, which makes selling real estate a pleasure.

“I started when I was in high school because I’ve always loved houses and people, which is a good recipe for a real estate agent,” he notes.

Throughout his career, Josh has had a number of high-end sales including the highest sale in the history of Brentwood Park and a $US25 million residential sale in Beverly Hills.

He has been the listing agent for a host of celebrity homes including Merv Griffin’s Bel Air estate and the Dorothy Chandler Estate in Hancock Park.

Some of the celebrity buyers of Josh’s homes include Adam Levine, Steve Aoki, Shonda Rhymes and Tom Ford.

According to Josh, being on a reality TV show does have some downsides, but overall, it has helped him.

“I started as an agent and then went to the show, but my career was boosted a lot by the show,” he says.

After two decades in the industry, and over US1$ billion in sales, Josh prefers to operate in a small team of just 10 and says he can get lost in larger operations.

For new agents looking to build a career or get into the industry, he suggests learning from those who are already successful.

“Anyone starting out in real estate should join a team or intern for someone who is already successful,” he states.

“Doing it for free is a great way to do it.

“You’re not really going to learn real estate by taking courses, you have to get the experience one on one.” 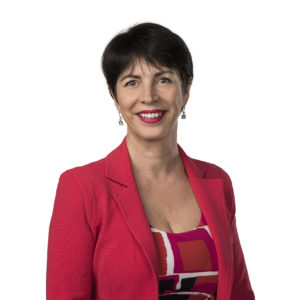 Leanne Pilkington is Chief Executive Officer and Director of Laing+Simmons.