The sum insured – there’s a fair bit of confusion about just what this is and how to calculate it. However, when it comes to landlord insurance, nominating the correct sum insured is crucial.

So just what is the sum insured?

In a nutshell, the sum insured is the most an insurer will pay out for any one loss. In terms of landlord insurance, it’s the amount that the property and/or contents would cost to replace if something happens to them.

Some policies have a standard sum insured, depending on the type of cover. Other times, the policyholder nominates the amount they want the insurance company to cover. The sum insured is ultimately the replacement value.

Not sure what an underlined word means?
No worries – just scroll to the bottom of the page for a full glossary.

Why is the sum insured important?

Insurers base premiums on the sum insured nominated. Typically, if the sum insured is higher, so too is the premium. This is because there is more to pay in the event of a claim.

Because of this, some landlords choose to nominate a lower sum insured, to save money (which is not a good idea).

However, it’s important to understand that the sum insured is the maximum that an insurer is liable to pay out in the event of a claim. So, if the landlord gets the sum insured wrong, they are at-risk of being under-insured or over-insured.

If the landlord nominates a sum insured that is insufficient to cover their loss (e.g. they nominate the replacement value of their property to be $200,000 when it is really $300,000), then they are ultimately under-insured and will be left to find the money (in this case, $100,000) to make up the shortfall.

Nominating a sum insured that overinflates the replacement value is problematic too. If a claim is made, most insurers will only reimburse the landlord for the actual cost of the loss they have suffered.

This is a way that insurers help to prevent fraud – as a person cannot seek to profit from an insurance claim by being paid more than their property is valued at.

By being over-insured, the landlord is simply paying a higher premium than they need to, as they will not be able to claim the inflated replacement sums.

So how do you calculate an accurate sum insured?

When it comes to working out the sum insured, it is important landlords gets an accurate costing.

Unless you happen to be a quantity surveyor, you shouldn’t be suggesting a sum but rather offering general guidance (e.g. pointing the landlord in the direction of a builder who can give them an accurate replacement cost).

Quantity surveyors or builders will base the sum insured on current re-build costs which factor in building standards, natural disaster mitigation requirements, demolition and so on. A quantity surveyor can also provide an accurate replacement cost for contents.

For landlords who do not wish to engage a quantity surveyor, there are a number of sum insured calculators available online, such as those offered by the Insurance Council of Australia.

If your landlord is looking at doing their own calculations, consider sharing these tips:

Replacement costs change over time, so it’s important to base the sum insured on current figures when taking out or renewing a policy.

Nominating an accurate building sum insured is critically important, particularly when construction costs are increasing sharply, as they have done in recent years.

It’s also wise to review contents replacement costs, especially if contents at the rental have been added, replaced or upgraded with better quality and more expensive items.

FYI: When it comes to losses relating to rental income, claims are based on the actual loss incurred, not a nominated sum. The landlord will need to provide the insurer with details (and evidence) of the weekly rent.

The sum insured is an important component of a landlord’s insurance policy. Getting it wrong can have serious financial consequences down the track.

So, if in doubt, get in touch with the landlord insurance provider for more information. 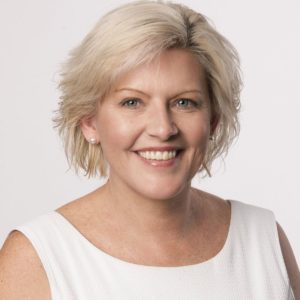