Real estate agents should focus on three key areas when it comes to social media in 2023, according to US social media expert Katie Lance.

She outlines her predictions for the year ahead and shares tips on how to attract more business using social media tools.

Katie says there’s still a big place for long form video, which is content that’s longer than a minute.

“Especially when we’re talking about platforms like YouTube, it’s the number two search engine in the world,” she says.

“One of the ways to attract people to you, especially if you’re in real estate is to put some content on YouTube.”

The benefit of long form video is that it enables you to dive deep into a topic and really show your knowledge and expertise.

“The idea with long form content isn’t to necessarily showcase everything you know, but to really give people a sense of who you are and what you’re all about.”

Short form video can be as little as seven to 10 seconds, up to 60 seconds.

“Short form content is getting a lot of buzz right now,” she says.

“It’s quick, it’s easy to consume, it’s fun and it’s a great way to showcase your brand in a way that’s relatable.”

Katie also urges agents creating short form vertical video for one social media channel to repurpose it across others.

“I don’t think it’s going to necessarily replace that long form; I think having a balance of both is really that sweet spot.”

Prediction 2: Relationship building on social media will be more important than ever

Katie says the days of being able to pop any content on social media are gone.

You have to “show up” on social media and that means creating connections with clients on the platforms.

“I’m a huge believer that on a daily basis, you need to set aside at least 15 or 20 minutes a day to scroll through your feeds and like, comment and interact,” Katie says.

But Katie urges agents not to be a “drive-by liker”, but to actually leave meaningful comments of at least four words.

“So instead of saying, ‘Great pic, happy birthday,’ you could say, ‘Wow, that’s a great picture Susie. Where did you take that?’”

Katie says that while funky dance and lip syncing videos are ‘fun’, it’s the original, helpful social media content that will win out in the long run.

She says creating such content, especially for short form videos, is as simple as taking out your phone and shooting a selfie video.

“Do you want a little bit of a selfie video and say, ‘Hey, you guys, here’s the number one mistake every first-time home buyer makes,’ and share a couple of things,” Katie says.

Katie says if it’s not something you want to do each day, you could jot down a list of topics as you think of them and film them in a batch once a month.

“And the more you do it, the easier it gets,” she says. 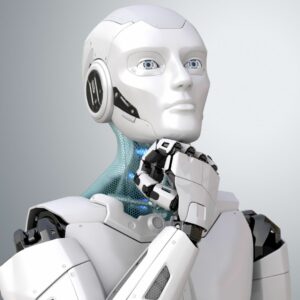