In Part 8 of  his article series on writing great ads that sell, Ian grace answers the question of how many times do you run the same ad?

Once you’ve created a great ad, run it at least four times if not more, as research shows people need to see the same ad or message three times or more, on average, before they will respond, says Ian Grace.

Now, this is mostly because of a local phenomenon where sellers, working with their Realtors, actually pay for the advertising for their property — I’ll touch on that later.

This is where the four times or more rule really applies and the newspapers have incentives for the Realtors to run the ads 4 times or more e.g. run the same ad 4 times and get the 5th and sometimes also the 6th ad, totally free. Newspapers around the world have done that for decades with their classified advertising, because of that research showing people need to see the same ad three or more times on average before they will respond.

Even if newspaper advertising is not a big part, or any part, of your campaign, the same rule will apply to any magazines and journals you’re using, as well as your flyers — put the message in front of your audience 4 times or more to get the best results.

Realtors often change ads quite quickly, only running them once or twice, because they feel they’re not getting the result they want — if the ad was a good one, it’s like going fishing, throwing out a line and bait, getting a nibble then cutting the line and throwing out a fresh bait and starting from scratch.

Others may change an ad because they think it has grown stale and perhaps people out there will be saying “there’s the same ad again, obviously they can’t sell that property” — we must forget about them, even if they were thinking that, it doesn’t matter as they are not the right audience and their opinion doesn’t matter.

What we must keep in our minds is that the market is changing every day and new buyers are constantly coming into the market — a good campaign will work with them.

I’ve already emphasised the importance of understanding you are putting a media mix advertising campaign together, where the ads need to carry the same message, same main photo and headline in all the media. All too often, when the Realtor changes an ad, they only do it in one medium, which means the new ad is not matching the ads in the other media — therefore it is not a campaign, which has decreased the chance of an effective result.

Different ad campaigns for different markets — we discussed this previously and if your campaigns have been put together properly, these targeted ads will achieve the results you need.

All too often, Realtors are adopting the shotgun approach, trying to aim at everyone — the reality is, we only need one person to sign the contract and having another two or three interested in the property at the same time, helps to push the price as high as possible.

We don’t need to reach millions of people, only a few of the right ones, effectively.

Delivering my programs across the USA, Canada, UK, Australia and New Zealand over the past 17 years I have seen countless examples where buyers have seen ads for properties 8 times or more, even as high as one example I’m thinking of right now — 20 times.

That was a Realtor himself, who had driven past a photo signboard for a property (prevalent in Australia in New Zealand — 6′ x 4′ signs with full-colour photographs, headline and some wording) — at least 20 times and it finally “grew on him” enough that he ended up buying the property.

So it goes to show – if you’ve put together a great campaign, keep it running, consistent across all your media and you will obtain the results your buyers deserve — however, that doesn’t mean to say you are not constantly reviewing the performance of your campaign, the properties competing in the same price range, the weather and any other events that can affect response to your advertising.

In my next article, I will be talking about pricing — absolutely vital to get it right — as well as some points that must be included in every ad, then we will touch on the

concept that is so prevalent in Australia and New Zealand, of influencing sellers to contribute towards their advertising campaigns.

I realise in many countries, it would mean a paradigm shift in thinking, but once it is done, the results are quite amazing for all concerned. See you next time. 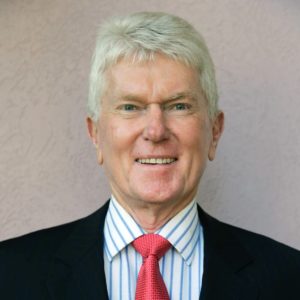