The market is changing. Or it’s already changed. Perhaps you believe there’s more change to come.

Whatever your view is, one thing is for sure: change is constant, and we can expect more of it!

Whatever is happening with market conditions, there are constants that will always be present – and fundamental skills that commercial real estate agents should continually strive to master.

One of the ever-present facts of life as a commercial real estate agent is dealing with objections.

Whether it’s objections from landlords before listing, buyers before bidding or tenants before leasing, having a framework to deal with objections will serve you well now and into the future.

Because when you have a process for dealing with objections, you will welcome them.

And that’s the right thing to do – because objections are a sign that your counterpart is engaged in the process.

Here are three things I want you to know about objections:

If you don’t quite get where I’m coming from, or why these three points are important, let me give you an example.

A common objection is around the marketing budget. Perhaps the objection is: “Why should we advertise in the weekend paper?”.

That objection is based on a certain belief.

It may be the belief that people don’t read newspapers anymore.

It could be that the vendor only wants to spend a certain amount on marketing, which may (or may not) be a signal that they’re not fully committed to the process.

Alternatively, they may have no problem with marketing expenses, but they feel additional digital marketing spend elsewhere would be comparatively more effective than newspaper advertising.

Or, perhaps, they’re suspicious of your motives – maybe they’ve been burnt by another agent who was pushing newspaper advertising to boost their agency’s profile instead of marketing the vendor’s properties.

There are many possibilities – if you’re running campaigns regularly, you’ve surely heard a lot of them.

The mistake in this example would be to assume that you already know what the objection is based on when a vendor questions the need for newspaper advertising.

To deal with the objection effectively, you need to understand what belief it is based on.

You can then understand that perspective and deal with it on that basis.

After all – if you start dealing with an objection based on a different belief, you risk bringing up another doubt in their mind, while still not dealing with the belief that is already preventing them from moving forward!

Therefore, when you notice a question or a statement that is impeding the sale (or, as in this example, a lack of commitment to spend on newspaper advertising), it’s not time for you to try and squash that objection.

You need to know what the objection is based on before you can deal with it – and deal with that belief to handle it.

To do this, you need to engage in a discussion to find out why they’re asking that question or making that statement.

It can be as simple as saying: “That’s interesting. What makes you say that?”.

Once you understand the belief, you are then able to deal with it – and in a far stronger position to overcome the objection.

So, back to our example about newspaper advertising.

If we find out the prospect’s objection is based on the belief that people don’t read newspapers anymore, we might state the newspaper circulation figures.

We might say: “Many people nowadays do read the paper online; however commercial real estate buyers do still browse the classifieds, just like they did decades ago”.

We may even offer examples of recent campaigns where a large source of inquiry came from the Saturday papers.

These are all fair comments – but, if the objection is based on some other belief, they wouldn’t be so relevant.

Therefore, before you start dealing with objections that aren’t preventing a deal from happening, figure out the beliefs that are the source of the blockage, and focus your energy on handling those. 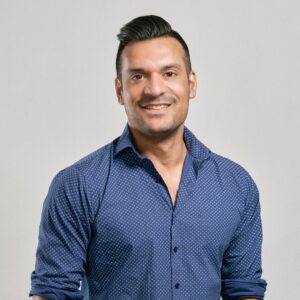 Darren Krakowiak is the Founder of CRE Success. He helps commercial real estate leaders to develop their people and grow their businesses. Darren also hosts CRE Success: The Podcast to help industry professionals save time, earn more and be top performers in their market.
SEARCH ELITEAGENT.COM
Close
QUICK NAVIGATION
Close
Log In