Most of our behaviour is habitual. We fall into patterns of behaviour because we do the same thing repetitively. If the patterns are so strong in us and so automatic, how quickly can we really change, asks Lisa McInnes-Smith.

I teach a course on presentation skills, but tend to teach from a very different methodology than most. I am looking for rapid change and therefore make strong rules around the behaviour that takes place in these classes. Let me give you an example.

I recently undertook to teach two groups of middle management who had to make a presentation to their senior leaders about each of their accounts. They knew their content and they knew the essence of their message; however, there was great anxiety about their performance and how they would personally be judged on their ability to present their ideas.

My first request was to withhold all negative thinking out of this space. Each person was only to focus on what they did well and on what others did well. There would be no correction; there would be no constructive criticism. All we would be doing is building on their strengths. We were going to turn each aspect where they were strong into something excellent!

For so many of them this felt like the slow method. They thought they would learn faster if we could remove their faults and give them immediate feedback on all the areas in which they were weak. It’s amazing how often people think their performance will go up if you tell them what they are doing wrong. Instead, I was selling them on the rapid ability to transform performance by focusing on their strengths alone.

Each group had about twelve participants and the group dynamics were very different. One man sat back in his chair with his hands behind his head and immediately released a flow of negative words; he thought he was being funny, but not everyone was amused. I asked him if he came from a football club culture and he acknowledged that that was a huge influence in his past. It was interesting that he thought that his behaviour was acceptable in a business environment and in a professional development session.

The first session began with fun and games and lots of laughter. Each person was asked to share some personal information that others were unlikely to know about them. It was amazing how fascinated the room was with each participant’s story, considering that these people had worked together for some time. It revealed to me that they didn’t really know each other and therefore had judged one another on very superficial experiences and information.

When the boss got up to share about his stint in the South African army, you could have heard a pin drop. They could hardly believe that this story of adversity and dangerous adventure belonged to their immediate senior. I think they found a new level of respect right there and then. He was a good boss and they already knew that he was good at his job, but now they were learning that he was good at doing life outside the workplace.

Some of the other stories were just as moving, but travelling in very different directions. There was the pursuit of a partner on the other side of the world. There was overcoming a family tragedy and there was an unexpected adventure from a person who seemed much less adventurous at work. Everyone concluded that it was easier to like and respect people when we knew more about them and we wanted to encourage him or her. Vulnerability and transparency built connection rather than separation.

We moved onto funny stories next. Some were sillier more than funny, but we all laughed and the mood in the room was very relaxed and comfortable. While each had been sharing their stories, we had been identifying the strengths of each presenter. Most people could think of something different to say about the speaker, which meant that each person discovered that they had a dozen speaking strengths when many of them considered themselves very anxious and ill-equipped in the public speaking area.

The mood was now one of great optimism and most could start to see that they were better than they thought they were. We are tough judges of ourselves and can be just as
tough on others. However, when the need for judgement is removed it seems that there is space for people to truly see their assets and talents in a new light.

We talked about openings and closes, props and humour, but ultimately we talked about them and how good they were becoming. They all went on to present their best business presentations ever. The shift was significant!

There is always a better way, even if it’s only one per cent better. Let’s get better together! 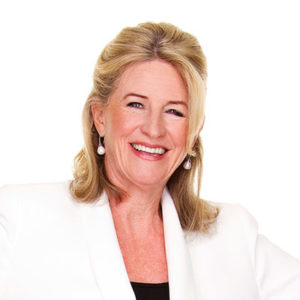