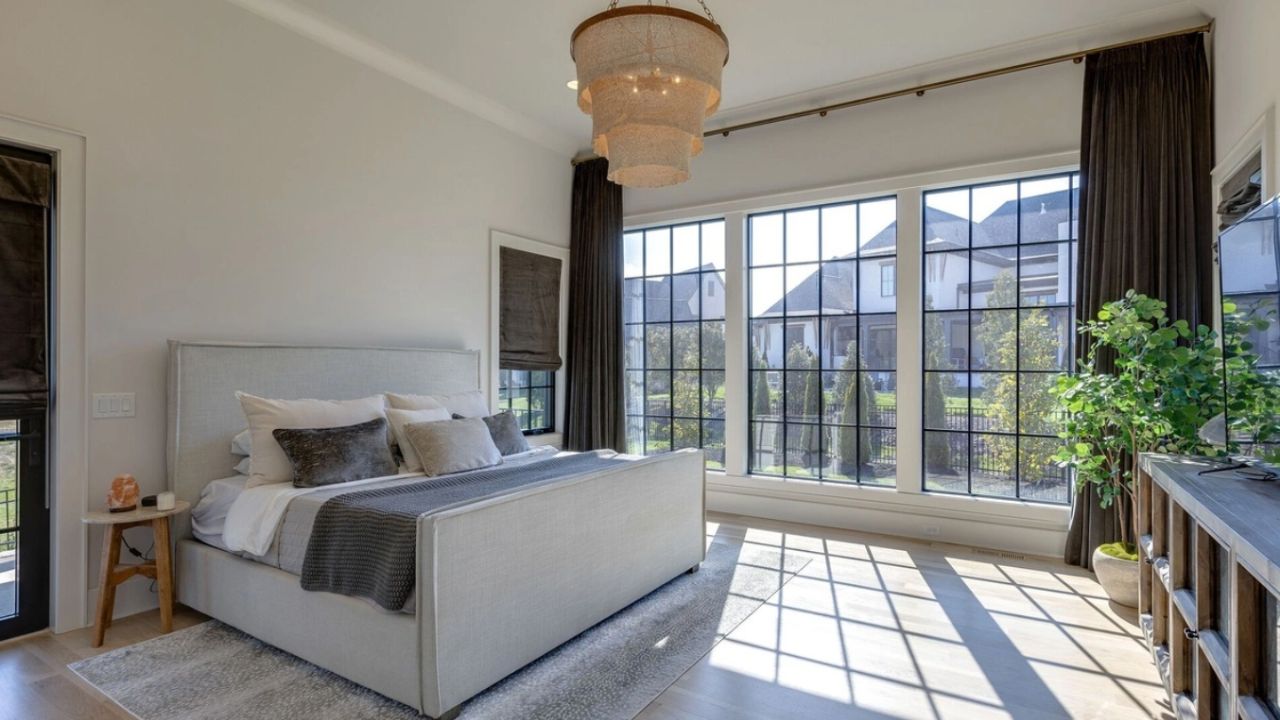 Modern Family star Ariel Winter has traded in her LA farmhouse for a near-new Nashville home in a bid to leave the paparazzi behind and lead a “normal existence”.

According to Dirt.com the SAG award-winning actress sold her LA home of less than two years and paid $2.9 million for the contemporary home about 55km southeast of America’s country music capital.

Winter told her onscreen mum, Julie Bowen, on her Quitters podcast, that she “hated LA”.

“Part of the reason I always hated L.A. is because I have been followed by paparazzi for a very long portion of my life. And I really, really dislike having my space invaded,” she said.

Winter and her boyfriend, fellow actor Luke Benward, bought the Nashville home, which was built in 2020.

Features of the home include an imposing two-storey design, with a traditional grey and white facade, punctuated by lots of glass.

The four-bedroom, five-bathroom home is set on about 2000sq m of land in a quiet cul-de-sac location with only a handful of other homes for neighbours, while inside reveals a tranquil and modern home.

White Oak floors line both levels of the home, while high ceilings and huge multi-panel windows fill each room with lots of natural light.

An open-plan kitchen, living and dining room is the star of the ground floor, with a warm and ambient living room featuring a brick fireplace flanked by built-in shelving and a wet bar.

The dining area has glass sliding doors that opt to a screened porch that’s ideal for year-round entertaining with its own fireplace.

The chic kitchen will also impress with its quartz benchtops, abundance of cupboards, butler’s pantry  and large island bench.

There are two bedrooms, with ensuites, on the lower level, including the master retreat with its walk-in robe, luxurious bathroom and private porch.

Two more bedrooms are located upstairs along with a den.