A new leader of the world’s largest superpower will always be accompanied by uncertainty, however the election of Donald Trump highlights (in the words of another Donald (Rumsfeld)) that “unknown unknowns” have been amplified. This means uncertainty. Trump is untested, unproven, and if the election campaign is anything to go by, spontaneous. While Trump’s acceptance speech seems to have calmed the markets, to what extent his election platforms and policies will actually be enacted will only be know with time.

In the meantime, one outcome that is certain as Donald Trump assumes office is increased uncertainty which is likely to play out as higher volatility across financial and equity markets as well as a flight of capital towards what are seen as traditionally safe assets such as gold and potentially real estate.

Bricks and mortar are often seen as a safe haven by many and there may be some indirect benefits to the Australian housing market as investors look towards real estate to protect their savings and grow their wealth.

The US is the second largest foreign investor in Australia’s real estate sector ($7.1b in 2014/15 according to the latest FIRB report) – how will Trump’s election impact on US spending in our real estate markets is a harder question to answer. There isn’t likely to be capital flow restrictions like what we have seen in China, and some US investors may be inclined to offshore their capital; Aussie housing markets (which, despite concerns around a pricing bubble, are still widely regarded as safe) may be one option that they choose. The alternative view is that substantially lower company tax rates in the US will bolster the US equity and housing markets, keeping more capital within US borders.

Trump’s policies are widely anticipated to push US inflation higher. This will be caused by significantly higher government spending on infrastructure projects and defence, large personal and company tax cuts and trade restrictions that are likely to reduce the inflow of cheaper imports and push consumer prices higher.

Under this scenario, higher US inflation will likely translate into higher US interest rates which in turn will lead to a higher US dollar. For Australia, this implies a lower Australian dollar and potentially less downwards pressure on Australian interest rates. My guess is that the outlook for further rate cuts next year will diminish. While a lower Australian dollar is great news for our exporters and the tourism sector, import prices will be higher which may place some upwards pressure on inflation domestically.

If this scenario does transpire, the next question will be how long can Australian mortgage rates remain at their lowest levels since the 1960s? Any speculation that mortgage rates are set to rise is likely to dampen activity in the housing market. The impact of higher rates at a time when household debt is at unprecedented levels may be seen in higher arrears rates, less household consumption and a lowering of economic growth targets.

Additionally, higher interest rates that arrive sooner than expected could result in a larger than expected downturn in housing markets where value appreciation has been substantial over the past four and half years and yields are pushing to new historic lows each month.

There is also the effect of a Trump presidency on our largest trading partner, China. 3% of China GDP is linked to exports to the US. Some estimates put the overall reliance of US demand on China’s GDP higher at around 4.5%. With Trump proposing a 45% tariff on Chinese imports, we are likely to see Chinese exports to the US fall. Potentially this could place some downwards pressure on Chinese economic conditions – as Australia’s most important trading partner and customer of raw materials, a slower rate of economic growth in China implies less demand for Australian commodities like iron ore and coal. China would likely have a stimulus response though which could help to ameliorate the effect of lower exports to the US and provide a boost to demand for Australian commodities.

The considerations outlined above are, of course, purely speculative and are likely to have a greater influence over a long term rather than be seen in short term data flows. There are many moving parts and our views will evolve as we watch the unfolding of ‘Trumpification’ in the US, however, overall, the effect on the Aussie economy and property markets will become clearer with time. 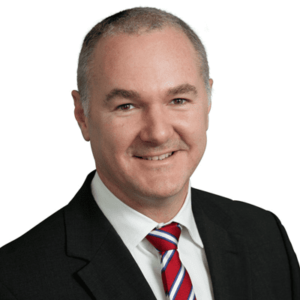