HIGH-PERFORMING AGENTS can usually reel off the key numbers associated with their business: appraisals per week, appraisal to listing ratio, average sale price, average commission and listing conversion rate. Do you know which activities work best at what times? Chris Chapman of Fletchers Real Estate says it’s about working smarter, not harder.

ONE OF THE first things I was told when I started in real estate in 2007 was ‘what gets measured, gets improved’. In other words, if you want to make improvements in your business it helps to have a clear and objective understanding of your current position. The most detailed map in the world is useless if you don’t know where you are to start with.

My current position, at that stage, was sitting behind a desk with no listings and no client database. So I started calling people in my area and keeping detailed records of each call.

The numbers on Monday to Thursday were quite consistent – I needed to dial 25 phone numbers to speak with seven or eight home owners and book one market appraisal. On Fridays the numbers told a different story – I had to dial 100 numbers to get that one appraisal. For whatever reason, people just didn’t respond well on Fridays.

Knowing your numbers is about working smarter, rather than harder; being more efficient rather than working longer hours. I wanted to know the best activities to be doing, and the best times to be doing them. So I stopped calling people on Fridays.

I keep a spreadsheet recording every market appraisal I have been to since 2008, tracking details like location, where the client came from and the price range of the property. At one point I noticed that over the course of a year I had done 12 appraisals in one particular suburb (Hurstbridge), exactly none of which I had successfully listed. Either the properties were not progressing to market, or if they were the vendors were choosing another agent.

Meanwhile over the same period I had done 20 appraisals in my home town of North Warrandyte and listed 12 of them. It made no sense for me to spend time chasing listings in an area that was just not paying off. Since then any leads in Hurstbridge have been referred to someone else and I have focused my attention on getting more leads in the areas where the conversion rate is better.

High-performing agents can usually reel off the key numbers associated with their business: appraisals per week, appraisal to listing ratio, average sale price, average commission and listing conversion rate. They know which areas of the business to focus on in order to have the biggest positive impact on their bottom line.

Apart from the tangible benefits of knowing the key numbers, the process of recording and tracking key indicators means you are focusing on the important elements of your business. You are working on your business rather than just working in it.

Knowing your key numbers will also give you the building blocks for your business plan. Many successful agents start with the amount of money they would like to generate in gross commission, and work backwards to map out how they will get there.

For example, an agent wanting to generate $500,000 in commission, assuming an average fee of $10,000, would need to list and sell 50 properties – roughly four per month. From keeping track of her appraisals and listings, this agent knows that for every five appraisals she goes to she will get one listing, so she implements a target of 20 appraisals per month.

She also knows that on average she needs to speak with 15 homeowners, either on the phone or in person, to book an appraisal; so she now has a target of speaking with 300 property owners each and every month in order to proactively generate the income she wants. She also knows that Friday is a terrible day for prospecting in her area and that mornings are twice as effective as afternoons, so she structures her weekly plan accordingly – in the office in the mornings, out meeting people in the afternoons and evenings.

Likewise, you can use KPIs with your vendors to make sure your sales campaigns are successful. Setting targets with your vendors at the start of each campaign can be very powerful; for example, at your ‘set to sell’ meeting you might set a goal of 15 to 20 buyers at the first open house and at least one genuine offer in the first two weeks. If these goals aren’t met, have a clear plan in place to get the campaign back on track.

Success in the real estate industry doesn’t necessarily come from working seven days a week or being the last person in the office each night making phone calls. It comes from having clearly written goals and a systemised plan to achieve them. Knowing your numbers will lay the foundation for that plan. 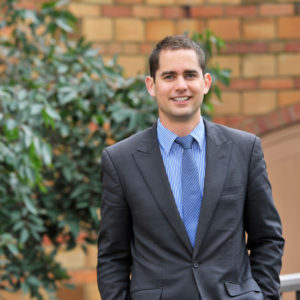 Chris Chapman is a Senior Associate with Fletchers in Melbourne. Chris has been the top selling agent within the Fletchers Diamond Valley office since 2011.
SEARCH ELITEAGENT.COM
Close
QUICK NAVIGATION
Close
Log In