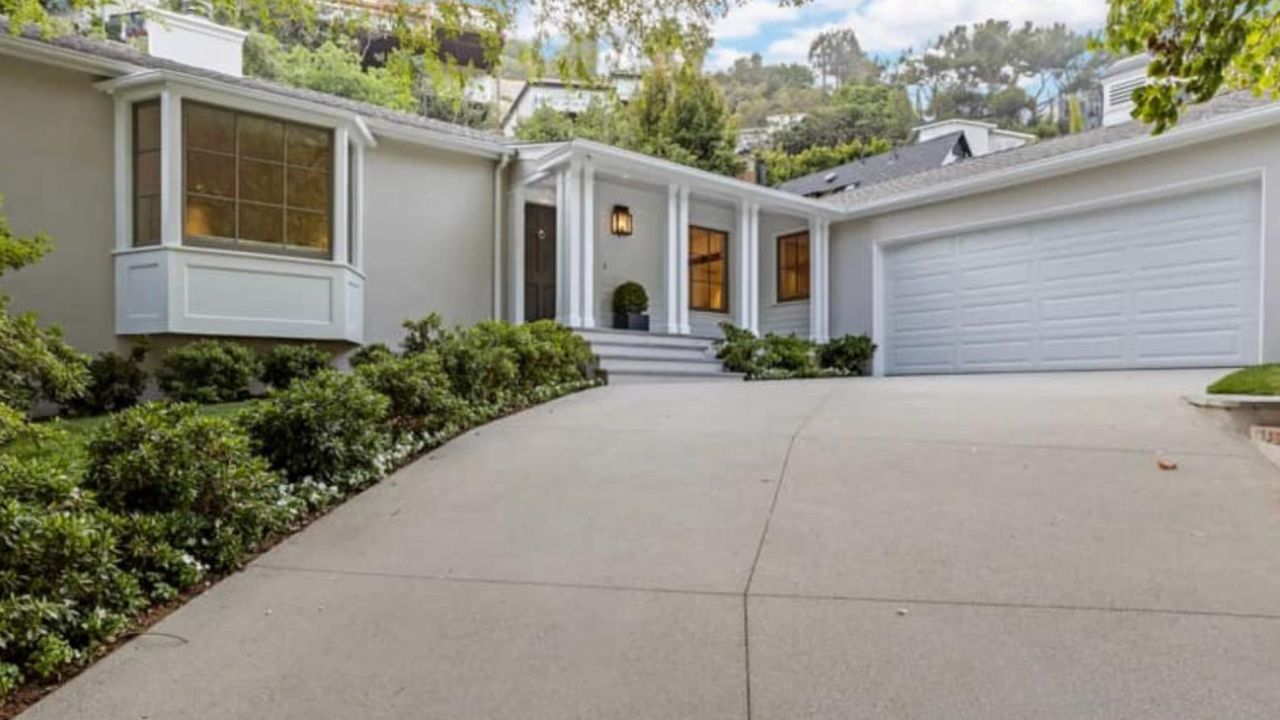 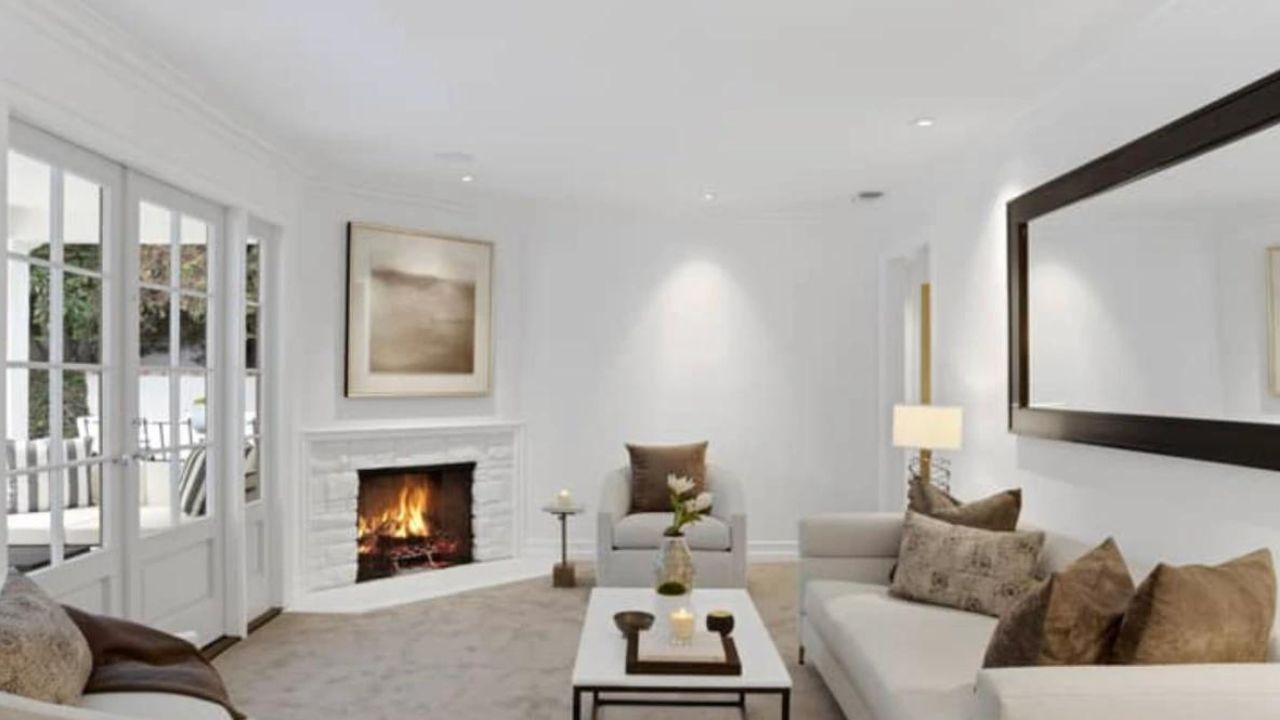 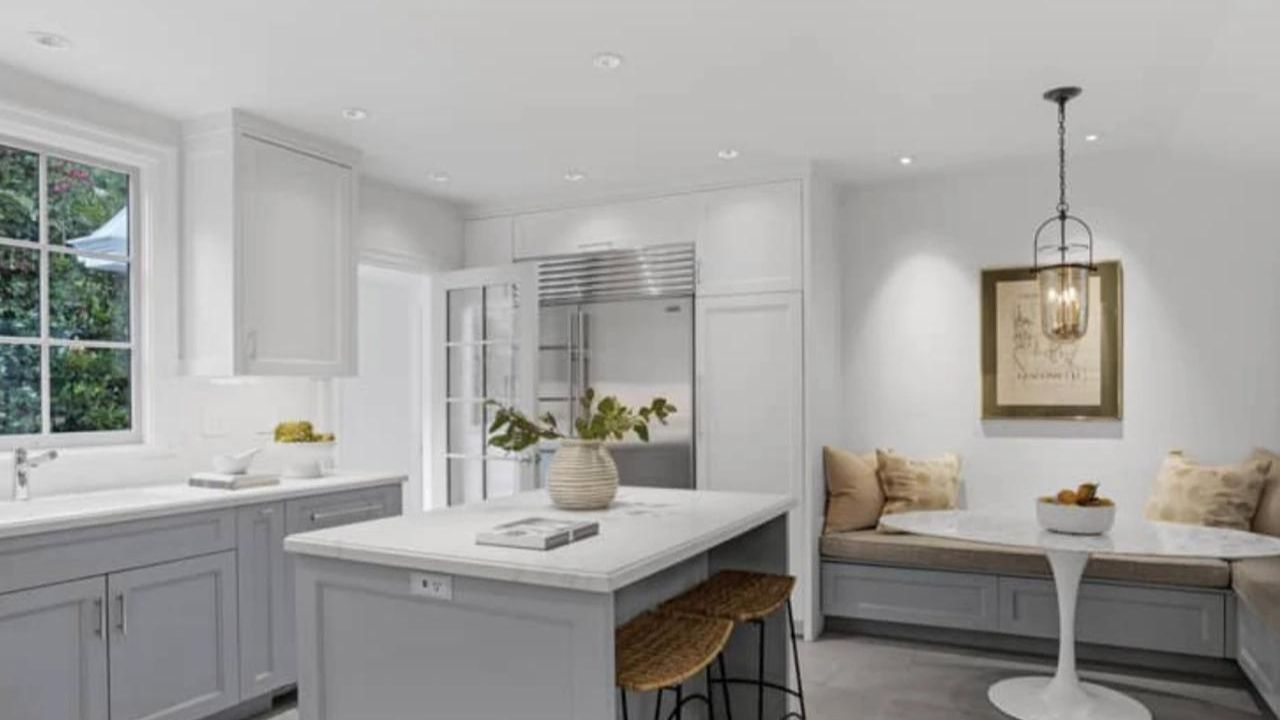 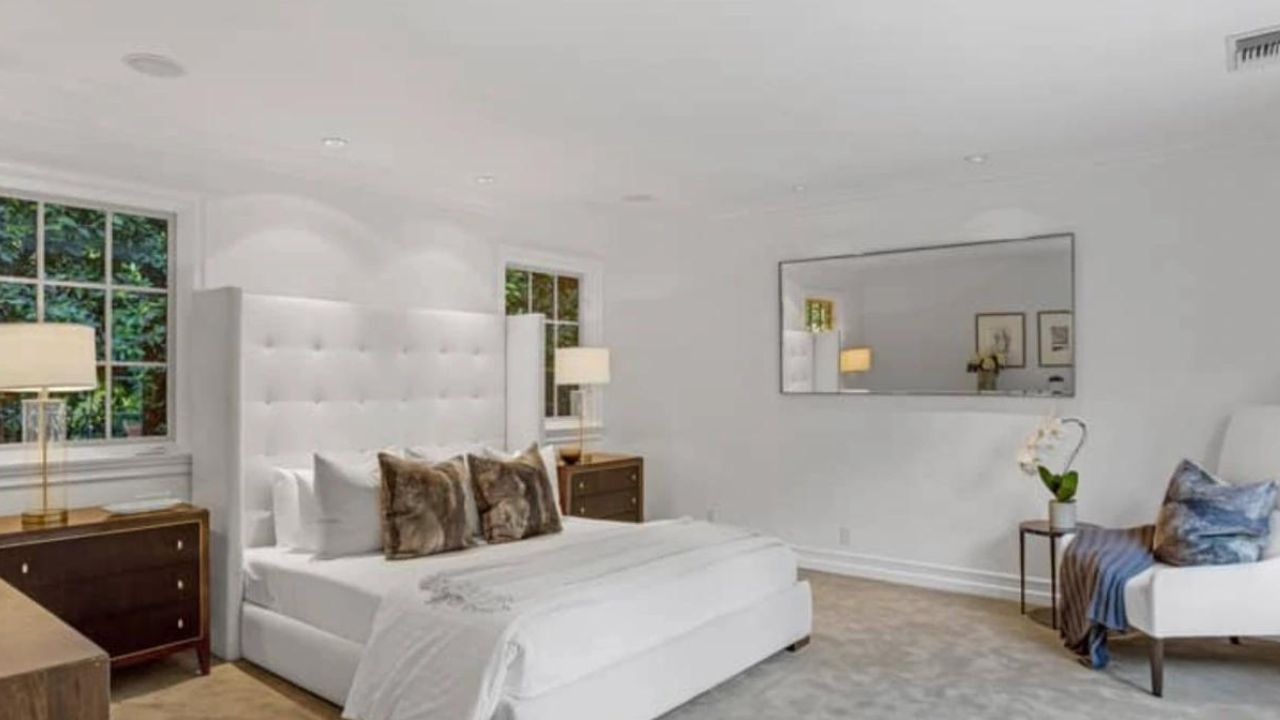 Selling Sunset star Emma Hernan and her onetime fiancée Peter Cornell, have teamed up to grab a bargain on a Hamptons-esque house in the Hollywood Hills.

According to The Dirt, the pair paid US$3.75 million for the stylishly revamped residence near the Bird Streets neighbourhood.

Built in the early 1950s, but having been extensively renovated, the home includes three bedrooms and two bathrooms in more than 220sq m of modern, all-white living space.

There are rich hardwood floors throughout as well as decorative mouldings and designer light fixtures.

The single-storey home sits on nearly a quarter acre and is hidden behind hedges and a gated driveway.

Guests enter through the front door into a gallery-style entrance hallway, which leads to a fireside living room and a dining room boasting its own chandelier.

There’s also a family room that comes with its own brick fireplace with French doors that lead out to the patio and entertaining area.

The kitchen is sleek and includes grey cabinets, an eat-in island, top-tier stainless appliances and a dining nook with built-in seating.

The master retreat opens out to the backyard and has its own walk-in closet, a marble bath with dual vanities, a soaking tub and a glass-encased shower.

There are two more bedrooms, one with its own ensuite while the other one is currently configured as an office.

Outside, the backyard comes set up with a pool and spa and plenty of grassy lawn.

The Selling Sunset agent, Hernan, denies she has rekindled her relationship with Cornell, however, the pair are still professional partners and already own a prime Hollywood Hills home that they picked up for US$2.7 million.