The state’s most disadvantaged tenants will be the hardest hit if proposed reform of the Residential Tenancies Act – the law that governs the rights and responsibilities of landlords and tenants – is adopted, says REIV chief Gil King.

As many of the proposed reforms are designed to improve rental conditions for these very tenants, despite its intentions, the Andrews Government has failed to consider the most basic of economic logic – if costs rise significantly for landlords and property investment is no longer viable, rents will rise and supply of rental properties will be affected, and landlords have told us as much. In an REIV (Real Estate Institute of Victoria) survey of more than 3,500 landlords, 80 percent of respondents said that if costs rise they will increase rents. Almost 20 percent said they will exit the property market.

The majority of Victorian landlords are not large institutional ‘fat cat’ investors with access to significant funding pools. In fact, more than 75 percent of Victorian landlords are ‘mum and dad’ property owners with only one or two properties for lease. These investors often heavily rely on rental income to meet their monthly mortgage commitments.

This would come at a time of unprecedented population growth – with more than 100,000 new residents expected every year. It’s also important to note that Victoria’s proportion of social housing is the lowest in Australia and also one of the lowest in the Western world. Latest figures suggest at least 30,000 – and up to 60,000 – Victorians are currently waiting for social housing.

And costs will undoubtedly rise for landlords under the proposed reforms – the Andrews Government proposes to implement additional minimum property standards, despite minimum standards already existing under the Victorian Building Code and Regulations and 70 percent of tenants reporting their property to be in an excellent or good condition.

This means rental properties will need to be of a higher standard than those where the owner occupies the premises. Landlords have also been hit with increased land tax and property rates – up 150 percent in some areas.

So why will the proposed reforms make property investment unviable? Because they involve landlords losing a number of valuable rights – rights that tenants retain. Under the reforms landlords will no longer be able to end a tenancy at the conclusion of a fixed-term agreement (usually a one year contract) nor will they be able to end a periodic tenancy (month-to-month).

And if landlords wish to change the use of the premises – for example, move back into the property – they will now have to provide tenants with 90 days’ notice.

Outside of a fixed-term lease, tenants are only required to provide landlords with 28 days’ notice of their intention to leave the property, without specifying a reason.

The REIV is not saying this is insufficient. We’re just saying that surely four times this notice period (120 days at present) is adequate notice for tenants to find alternative accommodation.

The proposed options also involve removing the landlord’s right to consent to pets and non-structural modifications.

While this may be something as simple as a picture hook, non-structural modifications could involve repainting an entire property in whatever colour the tenant chooses, concreting the backyard or reconfiguring built-in robes.

This is all possible without a landlord’s permission or a requirement that the tenant returns the property to its original condition.

These reforms reduce a property owner’s control and security over their investment, and in turn, will result in landlords charging a higher weekly rent – because bonds are also being restricted under the proposed reforms.

The argument that landlords will still be making money on the property is moot.

Balance is what we’re urging the Government to consider when drafting new residential tenancy legislation. Without it, the state’s private rental market is not viable or sustainable. 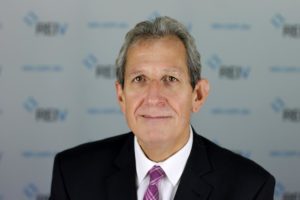 Gil King is the Chief Executive Officer of REIV