Juwai.com’s presentation at the recent RE/MAX Australia and RE/MAX New Zealand rallies clearly showed that Chinese buyers have not allowed tumult around the world to daunt them in their pursuit of worthwhile property investments.

The main purposes of overseas property investment are education, emigration, investment, and lifestyle and travel.

The real estate industry could note that a record-breaking 712,157 students headed out of China for studies abroad in 2015, as China’s fast-growing student population seek an international education. And while the US was the top education destination for Chinese students, education-linked property enquiry delivered a steady flow of leads totaling A$1 billion in 2015 in Australia, the second most popular investment country for Chinese property hunters.

New Zealand is the fourth most popular destination behind Canada. In May this year, the NZ Herald reported that new data showed nearly 60 per cent of Auckland households sold to foreign investors went to Chinese buyers.

Australia and New Zealand are seen as safe and secure destinations

These countries are geographically closer to China, closer in times zones and easier to visit. The Chinese population is becoming wealthier. These are three very important facts for the Australian and New Zealand real estate industries to take on board.

In a week’s time, I am off to Bangkok, along with 40-plus Australian and New Zealand realtors, for the second annual RE/MAX Asia Pacific Convention, involving the Asia Pacific region of 15 countries – Australia, New Zealand, Thailand, Indonesia, Singapore, Philippines, Guam, Korea, China, Japan, India, Sri Lanka, Mongolia, Malaysia and Myanmar.

This convention offers massive networking opportunities for Australian and New Zealand agents, and has tremendous benefits for Asian investors, developers and individuals wanting to emigrate to Australia and New Zealand.

RE/MAX Australia and RE/MAX New Zealand will host the Asia Pacific Convention on the Gold Coast in 2017, which will provide a unique opportunity for RE/MAX developer-clients, agents, vendors and investors.

Delegates will come from the US, Europe and South Africa as well as the Asia Pacific, and Ambassadors from a number of countries including the Australian Ambassador to the Kingdom of Thailand, Paul Robilliard, will attend.

A month or so ago I attended the Asia Pacific Investment Referral Program (APIRP) in Singapore. The week-long event opened my eyes to genuinely how much investor money is heading to Australia and New Zealand.

Agents should be striding confidently into new market places; and striding boldly beyond Asia into Europe as well. 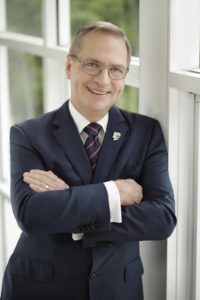 Michael Davoren has been in real estate for around four decades and held Senior Management positions and Directorships with major real estate groups in Australia and New Zealand. Michael has also held leadership positions in the industry having been President of both the Real Estate Institute of Queensland and the Real Estate Institute of Australia. He co-owns RE/MAX Australia and RE/MAX New Zealand.