Drawing on the example of Australian Open Winner Roger Federer, Pancho Mehrotra looks at the psychology of change and why we find it so difficult. With the benefits of change in real estate so potentially significant, it’s time to take that first small step to overcome our fear of failure.

I have been asked many times how long it takes to change a bad habit and most people are surprised by my answer.

They expect me to say what they’ve heard from others before: 30 to 45 days. However, my answer is, ‘It depends on (a) how badly you want to change it, (b) whether you know what you have to do and (c) whether you have the evidence to understand what it’s costing you if you don’t.’

The usual response is vague, most commonly, ‘I need to change; I just don’t know how’. Well-meant advice from other people ranges from, ‘You have to know what you want’ and ‘You just need clarity’ to ‘Know your purpose’ and even ‘Just do whatever it takes’.

Let’s explore this further using a recent sports example to get an idea of what you need to do and become aware of the obstacles that you will face.

The recent Australian Open was won again by Roger Federer. There has been commentary on how he has changed the way he plays at the relatively advanced age of 37. People were surprised he was consistently winning against players a lot younger than him, including his main rival, Rafael Nadal, whom he beat comfortably in three finals in 2017.

Now this article is not a lesson on tennis. This is about awareness and habits.

Without going into the technicalities of the sport, suffice it to say that Federer has changed the way he plays; especially the way he hits his backhand and where he stands on the court to return serve. Although he had been advised for several years to do this, he only started doing so in late 2016. He is now very consistent in this change; it has become a habit. A winning habit.

Since he made the change he has beaten his main rival every time they have played. So why did he not make the change all those years ago when he had been advised to? After all, he had the best coaches in the world in his corner telling him what he needed to do.

What stopped him was his lack of faith in his own ability and wanting to play it safe.

He finally got the faith, which led his rival to comment, “Roger did something unbelievable and I believe that it is true that his backhand is great now. But in my opinion his return is one of the biggest improvements”. Nadal said that to a small group of reporters in Monte Carlo.

So why do we not have faith? What stops us? Fear. Fear of the unknown, fear of change.

People ask me what they can do to overcome fear. I liken it to seeing a scary movie. If you watch even the scariest movie 10 times, it tends to lose its impact on you because you know what’s coming.

Similarly, once you start doing something differently, the activity becomes less intimidating each time until it actually replaces the old habit. The first step is where it all starts for habit change. Exposing yourself to your fears will lessen their impact on you.

When you commit to that strategy it becomes cleaner, it becomes simpler and, because you’re practising it all the time, it’s getting better.”
– Roger Federer

In order to change, you have to make yourself vulnerable to failure. Often when we fail we go back into our old patterns of behaviour or old habits for fear of failing again. In one way, success can hinder evolving to higher levels in skill and behaviours.

Why do we have fear? Is it will or is it skill? You must think about these two areas carefully, as they both impact on your plan for change.

What that means is you have to risk changing things to get a different result.

THE COST OF CHANGE
It is always important to understand the mathematics of behaviour.

Have you thought about something you would like to change, something that you know you need to change, but have never taken the first step? Take a moment to think about the cost to you if don’t do something about that, both financially and emotionally.

What if you didn’t have this habit? How would your life be now? What kind of results would you have achieved?

You can quantify that behaviour or result by giving it a rating between one and five, one being poor and five being great. If you have a low rating, explore that further to think about the monetary cost to you. And think of the gains to be made if you can make the change. Quantify them too.

So now you have determined that the cost of not changing is high, how do you go about changing?

The way to overcome your fear of change is to get started with a small step first. Identify the reason behind the need to change. Once you have identified this, the pressure to not change will slowly start to diminish, along with your need for the immediate gratification of getting it right at the first go.

This need to see a positive result almost immediately is the reason why people fail to change. Patience is the key to changing old ineffective habits and behaviour.

AGE IS NO RESTRICTION
Related to this is an interesting comment from Pat Cash, the Australian tennis icon. He said that this 2018 Roger Federer would beat the younger Federer.

To the agents who are competing against better-known agents, there is always something you can do to level the playing field. That requires thinking, working on new strategies and working on the self.

The key is often not just working harder by punching out more calls, but allocating some time to thinking, reflecting, speaking to someone you can trust.

Working harder without thought to change can often reinforce a poor habit.

Measured and controlled assertiveness is required to succeed in virtually any sales role. However, it is important to remember that there is a big difference between being aggressive and belligerent, and projecting controlled confidence and certainty.

We are often fearful of change and reluctant to adopt new habits because of negative thoughts attached to innovation and uncertainty. A good solution is to replace negative thinking surrounding changed habits and behaviours with positive thoughts.

Here is an example of negative vs positive thoughts.

The longer you engage in a behaviour or habit, the more you become unaware of the actual activity. When we talk about awareness, the only difference between a habit and an action is the level of awareness you give it. A habit is automatic and, if you become aware of it, you can stop it and create a new habit. So now this is about focusing your attention.

Habits are purely mechanical, unconscious processes; to change a habit, you have to become aware of the process and then change the habitual action.

What is the biggest challenge you are faced with when making a change? Stress and anxiety. Stress hinders your ability to focus on the change; you are too emotionally engaged in the experience.

Because you are too engaged in these habits, they give you a sense of control which is comforting at a superficial level. It takes a brave and conscious move to break out of this false sense of control towards a new, better way of doing things.

To become aware of your habitual behaviour, make a note of every time you do the activity and evaluate after a certain period of time. You need to see evidence of your poor habits, because often you are not even aware you are doing it. In my opinion it is better to have a typed or written entry to be able to ‘see the evidence’, so keep a log.

For example, if you want to stop smoking, your entry might start:
6.45am: Got up, got dressed, had breakfast
7.30am: Got in the car and drove to work
7.45am: Lit my first cigarette in the car while driving to work.

After entering this every day for a week or 10 days, you will become aware of the ritual and will start to think about what you are doing every time you light a cigarette in the morning before driving. Once you are aware, the next step will be to stop or skip that activity; for example, instead of lighting a cigarette reach for the chewing gum.

In summary, we resist change because we like the familiar and are afraid of taking a risk. Change requires courage, perseverance and patience, but once you take the first step the subsequent steps become easier. The key is to be aware of what you want to do differently and make the change consciously. 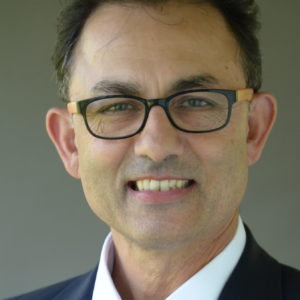 Pancho Mehrota is the CEO of Frontier Performance and a recognised leading expert in the area of communication, influence and the psychology of selling.
SEARCH ELITEAGENT.COM
Close
QUICK NAVIGATION
Close
Log In