The exponential growth of median prices in our capital cities over recent years has seen the issue of housing affordability permanently embed itself in the headlines. It’s a hot topic for consumers, the property industry and governments alike. Di Jones Real Estate CEO Rob Ward asks: how will future generations ever afford their own homes?

“Housing out of reach”, “The death of the Australian dream”, “Generation rent is here”. For anyone looking to step onto the property ladder, these sort of headlines might be enough to make them ditch the dream of owning their own home. And the latest Housing Affordability Report from the Real Estate Institute of Australia does nothing to allay these concerns, showing that housing affordability declined across all Australian states during the December 2016 quarter.

With house prices at all-time highs, historically low interest rates and modestly rising incomes just aren’t enough to offset the increasing size of mortgages. So it really shouldn’t come as a surprise to anyone that we’ve found ourselves in this position. Yet all levels of government are reacting as though it’s a problem that crept up on them at glacial speed.

The problem is simple. It’s a matter of basic economics: demand is heavily outweighing supply. But if the problem is supply, how do we address it?

Let’s take the Baby Boomers. Born between 1946 and 1965, Baby Boomers currently comprise 25 per cent of the Australian population (approximately 5.5 million), yet they hold roughly half of the nation’s housing and financial assets. They’ve worked hard to achieve the Australian dream of owning their own home. But the Boomers’ luck at having been born at the right time to enjoy record property growth has been at the expense of their children and grandchildren. Why? Because they don’t want to leave their homes!

Baby Boomers are the first generation to experience an additional decade or two of relatively healthy life post retirement. But as their life expectancy increases, so too does their desire to retain their homes. Even though their children have grown and left the nest, and they find themselves rattling around in a house too big for their needs, they’re still not selling.

The bottom line is they’re not releasing their family homes to the next generation, and this is contributing to the tightening of stock levels.

In truth, there are few options for them to consider as genuine downsizing alternatives. Not only has new housing not kept pace with our growing population over the last two decades, but government planning across capital cities has also been focused on high-rise apartment living. But what if Baby Boomers don’t want to live in an apartment? What other options do they have?

However, a lack of options is only part of the problem. Empty-nest Baby Boomers are hindering the markets in our capital cities because the stamp duty costs for them to buy a smaller property or one in a different location are prohibitive. And stamp duty eats into their retirement nest eggs, especially those who have very little in the way of superannuation savings (because the majority of their working careers were completed prior to the introduction of compulsory superannuation in the early 1990s).

Meanwhile, stamp duty continues to flood state government coffers across the country with rivers of gold due to their failure to adjust rates to take account of increasing house prices. Consider New South Wales. Doubling its stamp duty receipts over the last four years, the NSW government is now reaping $8 billion a year. Failure to address stamp duty bracket creep has left homebuyers out in the cold. Over the last 25 years, the median house price in New South Wales has experienced growth of approximately 600 per cent. A statistic that’s shocking enough in itself, it pales in significance when you consider that stamp duty on a Sydney property has increased by almost 1,000 per cent over the same period. Is it any wonder there’s a hesitancy to sell in order to downsize?

If governments want to get serious about taxes, then they should start with the taxes that hurt housing affordability the most – and that’s stamp duty. Stamp duty concessions, not just for first-home buyers (as we’ve recently seen in Victoria) but also for older Australians who are downsizing, will go a long way to addressing housing affordability in Australia. Helping first-home buyers will only fuel the bottom of the market; we need to release stock across all price ranges by making it more palatable for people to sell their homes.

The topic is a politically charged one and it’s pleasing to see the federal government now preparing a range of measures on housing affordability to be included in the May Budget. By breaking down the barriers that discourage older Australians from downsizing to smaller homes, more property will be released to the market which will help tackle housing affordability. 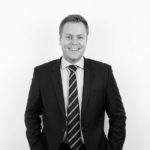