Chris Nunn is an agent with Bresic Whitney, one of Sydney’s widely acclaimed agencies. The team is made up of 80 staff, working out of two offices. Since opening in 2003, they now enjoy a 25 per cent market share in Surry Hills, Redfern and Darlinghurst. And a strong market presence in Potts point, Elizabeth Bay and Paddington. Chris spoke to Kevin Turner about why their marketing focus is just as much on keen buyers as new listings.

Kevin: You and your agency were recommended recently on the rating site ‘Product Review’ and the reviewer said, “We always operate on the basis that the agent is acting in the sellers’ best interests because they are legally obliged to do so. It’s entirely appropriate that they should do all of this so that they can get the best price for the property. Bresic Whitney has figured out that the way to do this is to be professional, honest and courteous with potential buyers”. That’s a great recommendation.
Chris: We just do what we think should be done, which is we try to treat buyers the way that we would like to be treated. I guess we work on the premise that it doesn’t cost you any more to be clear, transparent, thoughtful and considerate.

One of the most common complaints I hear is that agents don’t follow up. Is that a fair criticism?
I think it’s definitely a fair criticism; even internally when we’re trying to get answers or do research we often come up a blank with other agencies. But I think sometimes it can be a matter of laziness, or it may be that they just don’t have the right systems in place to be able to follow up legitimate enquiries, or perhaps they’re just not well organised.

As the market changes there is the need to move from a seller priority to a buyer focus. Do you think that some agents find it difficult to move with the market?
It’s difficult because I think frequently agents are obviously chasing listings and the people that get left behind are the buyers.

Agents have a legal obligation to work for the seller. Do you think they do that at the exclusion of service to the buyer?
Yes. I think agents rest on that and think, oh well, I’m doing the best I can for my vendor, but everything else goes out the window. I believe it’s perfectly acceptable to treat people with kindness and courtesy, while still doing the best that you can for your vendor.

What are some of the standards you live by when it comes to buyer service?
We definitely don’t take the approach that these properties will sell themselves. So if a buyer has a request that might be out of the ordinary, instead of being arrogant and obnoxious and thinking we know better, or it’s not important, we do our best to answer that enquiry or give the person what they need – whether it be a strata report or just some extra information. We understand that it is the biggest purchase of their life and it really should be treated with the respect that it deserves.

Where do you think most agents go wrong when working with buyers?
They don’t realise that the buyers of today are the sellers of tomorrow. There’s a turnaround time of three to five years in a lot of the inner city areas, so if you just have a little bit more vision, you’ll probably have a much happier and more successful career.

Tell me about your follow-up process after open houses.
Initially we’ll do a call back on Monday morning and we report back to the owner that afternoon. On Tuesday morning we do a second call to those people who weren’t contactable on Monday. Also it’s very important that if we do issue any contracts, we make sure to follow up and ensure that the contracts have been received, and answer any questions that a buyer may have. It’s also very important to database them. If we have a buyer who has been having trouble or we know that they’ve missed out on properties recently, we try to give them the help that they deserve.

What sort of database do you use?
Pretty simple; a lot of the agents in the office use Complete Data, but a lot of the others just use Outlook Express. At the end of the day, I think if you’ve got the right systems in place it doesn’t really matter, so long as you know how to divide and categorise each buyer, so that they do get the help that’s needed.

How do you go about your buyer qualification?
It’s very important because we are doing the best for our vendors and we don’t want to waste their time; neither do we want to waste any buyers’ time. It’s often the first time that these buyers are in the market looking for a place, and it’s important to explain the process and qualify these people, because they may not be where they think they are in terms of the buying process. A lot of people think that they’re ready to go, but are not aware that obtaining a strata report and getting finance can often take two or three weeks. It can be horrible if you’re waiting for two or three weeks when you’ve told your owner that the buyer will be ready to exchange tomorrow.

We hear that ‘buyers are liars’, but do you think asking questions to qualify buyers is all about eliminating properties and opening up possibilities?
Definitely. When I started in the industry I heard that saying a lot, but I’ve come to realise over the last 12 months in particular that it’s all about communication. If you qualify well and simply communicate, you can pretty quickly achieve some great results with people and find them what they’re looking for – or even just let them know that they’re probably six months away.

Given that you’ve worked up a very good relationship with the buyer, tell me how you handle the multiple-offer situation. How do you explain that to them without them getting upset?
It’s always an uncomfortable situation to be in. I think the best thing that you can do is be honest and straightforward. We try to avoid getting into a bidding war, obviously outside of an auction situation, as there’s always the real risk you run of losing all of your buyers and ending up back at square one if people feel that they’re being lied to or not respected.

But in a hot market it’s pretty unavoidable. Do you think it’s a matter of explaining up-front that this could happen?
Definitely. Like with many areas of real estate, the sooner you tell people what’s going on the better, because it gives them the space and the time to make their own minds up about how they’re going to proceed.

Tell me about your follow-up in the period of time between contract and settlement.
In my mind this is where the real work begins, and it’s where you’ve definitely got an opportunity to exceed buyer’s expectations. It’s an area where a lot of agents fall short. It’s a time when I can show my buyer that it wasn’t all about getting the deal done and getting them across the line; it was just the beginning of a long-standing relationship, where they know that they can rely on me for anything in the future. 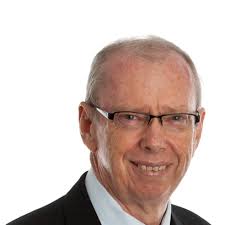