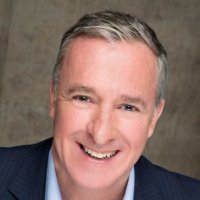 Dan Brown’s The Da Vinci Code may have been the first time you came across Fibonacci numbers, but according to Peter Knight of Property Academy who will be speaking at ARPM 16 in August the magical sequence discovered by Fibonacci in 1202 also applies to real estate agencies.

Let me start with the sequence:

These numbers are typically the points at which a business fundamentally changes. When you go from 1 office to 2 this is a giant leap with all sorts of implications. The “boss” can’t be in two places at once. With 2 offices one can be compared with another, competition develops and so on. Add a third office and the complexity increases again, not least with reporting and accounting systems as it does at 5 and 8 offices too when the culture really starts to take a different direction and the business requires a head office to house all the support functions.

At 13, things massively change – I remember when we had 12 offices at Jackson Property Services and around this time, as we went into major expansion mode, the dynamic altered. No longer could all the managers easily be assembled on a Friday afternoon for a catch up in one of the offices – we needed a meeting room and travelling time became an issue. This was even more of a problem at 21 offices and whilst I still knew all the managers well, there were many newer members of the team whose name I struggled to recall.

By the time we hit 34 the whole structure was unrecognisable compared to that we had in place with 12 branches. We now had Regional Directors responsible for 6-7 offices each (perhaps on reflection 5 or 8 would have been better), and when we hit 50+ we then had offices I hadn’t even visited.

The same applies to team numbers – if you just add one extra person at a time you’ll typically find that your profit margin suffers until you hit the next Fibonacci number. It’s often much better to hold at 13 and then add 8 to get to 21, indeed we see many businesses making the mistake of expanding without realising the issues of economies of scale and other principles that can have a huge impact on margins.

Growing your business has many challenges but if you keep the Fibonacci numbers in mind it will serve as a valuable guide. It’s significant that Romans [estate agency] held at 12 offices for several years and really focused on maximising these before opening 8 more in very quick succession and now, having merged with Leaders [estate agency], have powered on to near enough another Fibonacci number of 144 – their next step is to get to 233 when their margin will once again be optimised.

Peter Knight is the Owner and Director of UK company Property Academy. He will be guest speaker at ARPM in Sydney, 7–8 August. For more information visit http://www.arpmconference.com.au/