Ms Nicholson has deep real estate experience in the Bribie Island area north of Brisbane, where she previously opened a franchise in the traditional real estate model.

Now her new business, Moreton Bay – Coast to Country, with support from eXp, is opening a second office in Morayfield in Brisbane’s northern suburbs, with the team expanding to eight.

“When I sold my previous franchise in 2019 I retained the rent roll and eXp facilitated that business,” Ms Nicholson said.

She immediately saw the benefits of expanding the relationship with eXp. The company launched in the US in 2009 with a cloud-based model but the advantages offered by eXp go far beyond savings in office administration costs.

“The economy of scale offered by eXp is tried and tested and the business model is pretty much unbeatable,” Ms Nichloson said.

“There is no way at the moment that I can see to operate more efficiently or more economically than with eXp.

“There is a generational change of agents coming through now too. They want to be independent and they expect more freedom and lifestyle options. The traditional model doesn’t suit them and eXp offers a fair one for them where they can build their careers.”

The eXp model offers an attractive commission split. Agents receive 75 per cent of their commissions up to the first $100,000 of GCI in a year and 100 per cent goes back to the agent after that.

Above the $100,000 cap, agents who make 20 further transactions or GCI of $350,000 achieve the company’s Icon status, which also acknowledges an agent’s positive contribution to eXp and their local community.

In her first year with eXp Ms Nicholson reached the Icon benchmark in April 2021.

“We are instantly better off with eXp than running an office of agents in the traditional model,” Ms Nicholson said.

“We still run a team but every member of that team is equally rewarded. That is powerful for them at whatever stage of their career they have reached. Joining eXp creates that pathway for agents to become fully independent.

“I have worked with two US companies now and there are vast differences between the two models with eXp’s global conferences and online resources. Their world is at your fingertips 24/7.”

The eXp network has expanded around the globe with more than 80,000 agents making the switch.

Another plank in the success of the company is the opportunity for agents to grow revenue streams outside of sales commissions, building a portfolio for retirement.

“Sales agents often leave without anything saved for retirement. When you enter that third phase of your career looking to retirement you want extra lines of revenue.

“That’s where eXp really started to shine. I am accustomed to growing teams and there is an avenue for growth through recruitment. The company pays for every new agent you bring to the company.

“There is a revenue stream from investment in the company through the shares for Icon status and the opportunity to buy shares. That sets you up so you are not retiring with just your last commission cheque.”

Bribie Island is the only Moreton Bay island connected to the mainland by bridge.

It has been a traditional retirement area with a high proportion of owner-occupiers favouring homes on larger blocks and canal developments.

The Sandstone Point Hotel, which opened in 2015, has attracted a new generation of buyers too. The hotel is situated on the mainland looking across the water to Bribie.

It hosts outdoor concerts by some of the greats of Australian music such as Hoodoo Gurus and Paul Kelly.

“Bribie Island was a place that most people drove past on their way to the Sunshine Coast,” Ms Nicholson said.

“The hotel has given people a reason to come off the highway now. They see what the area has to offer and like what they see.” 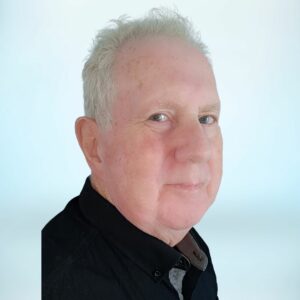