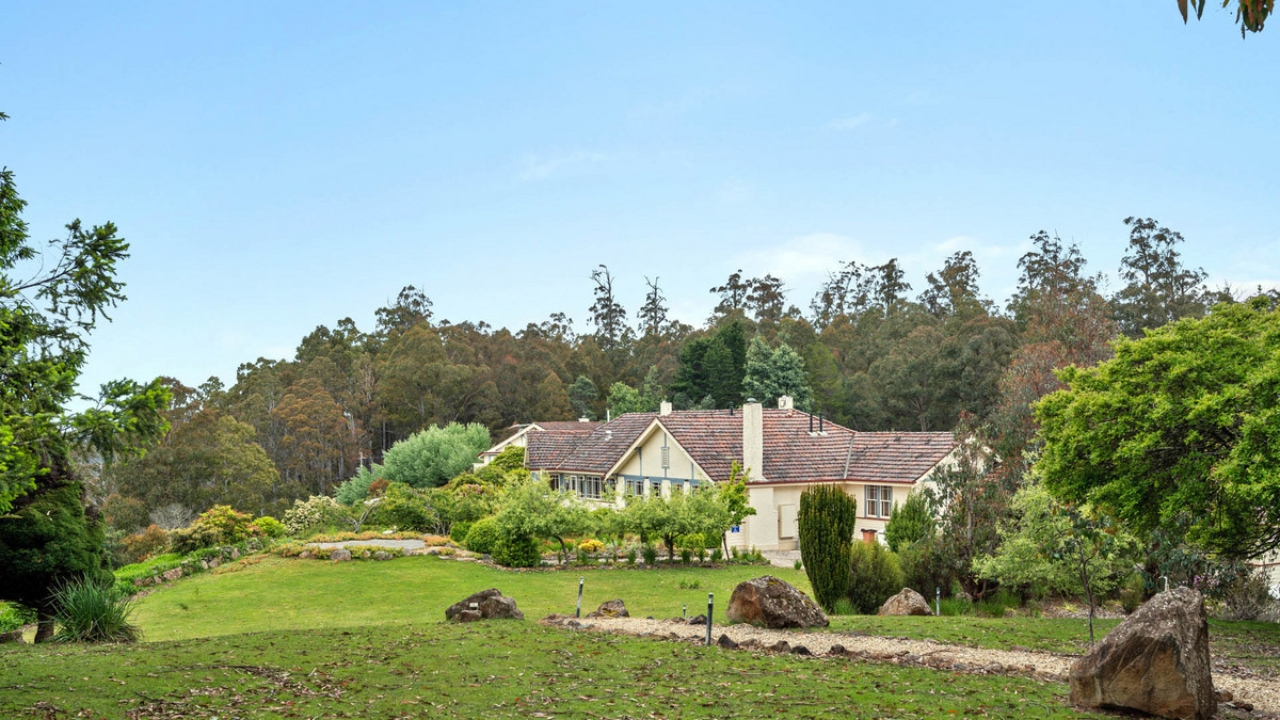 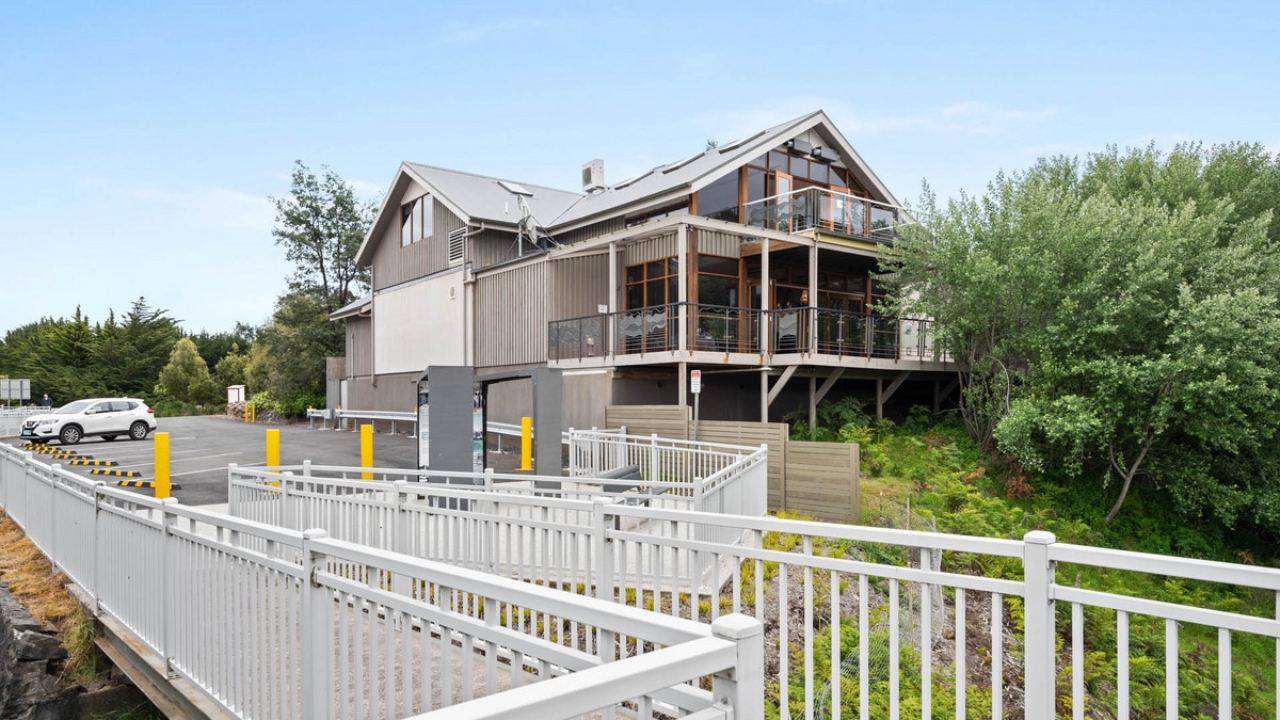 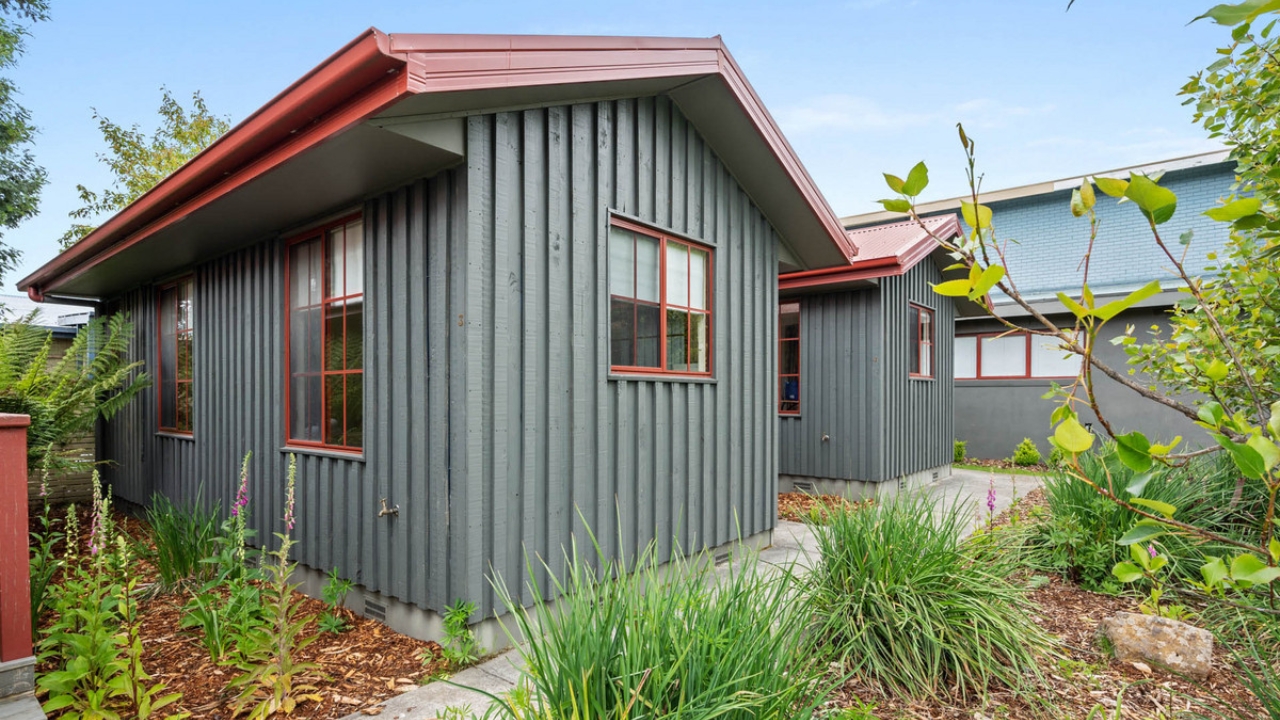 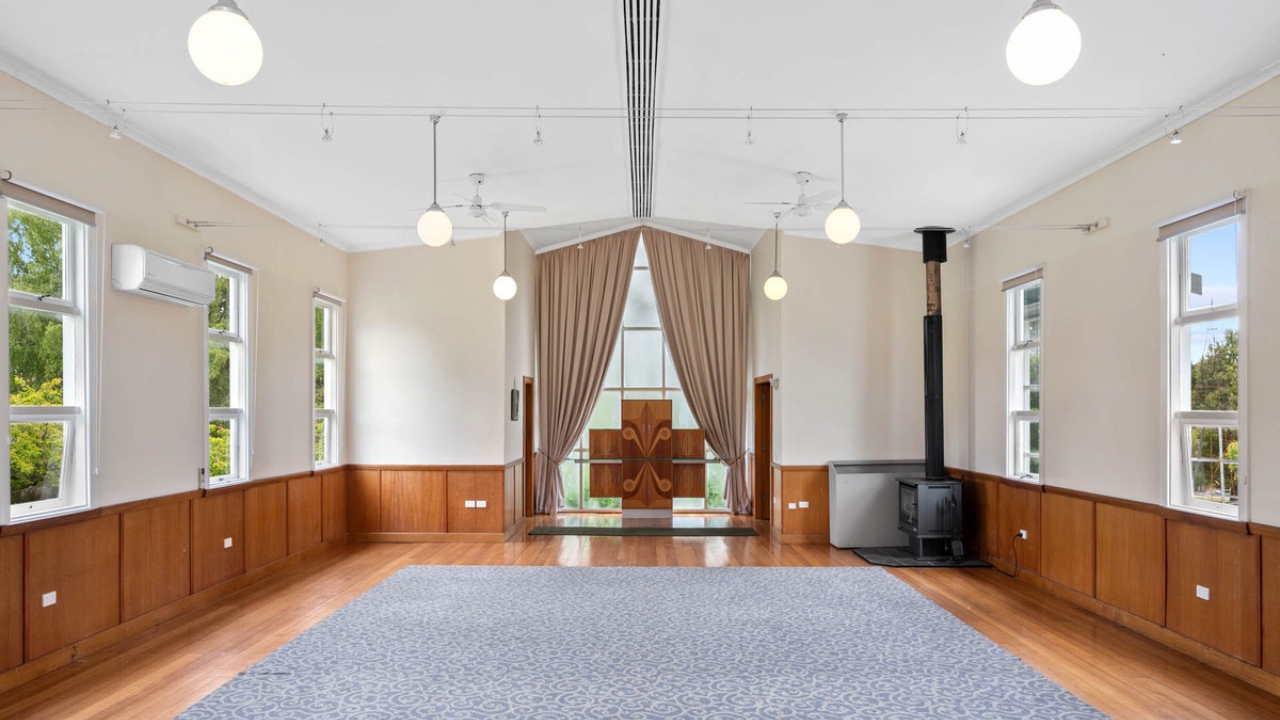 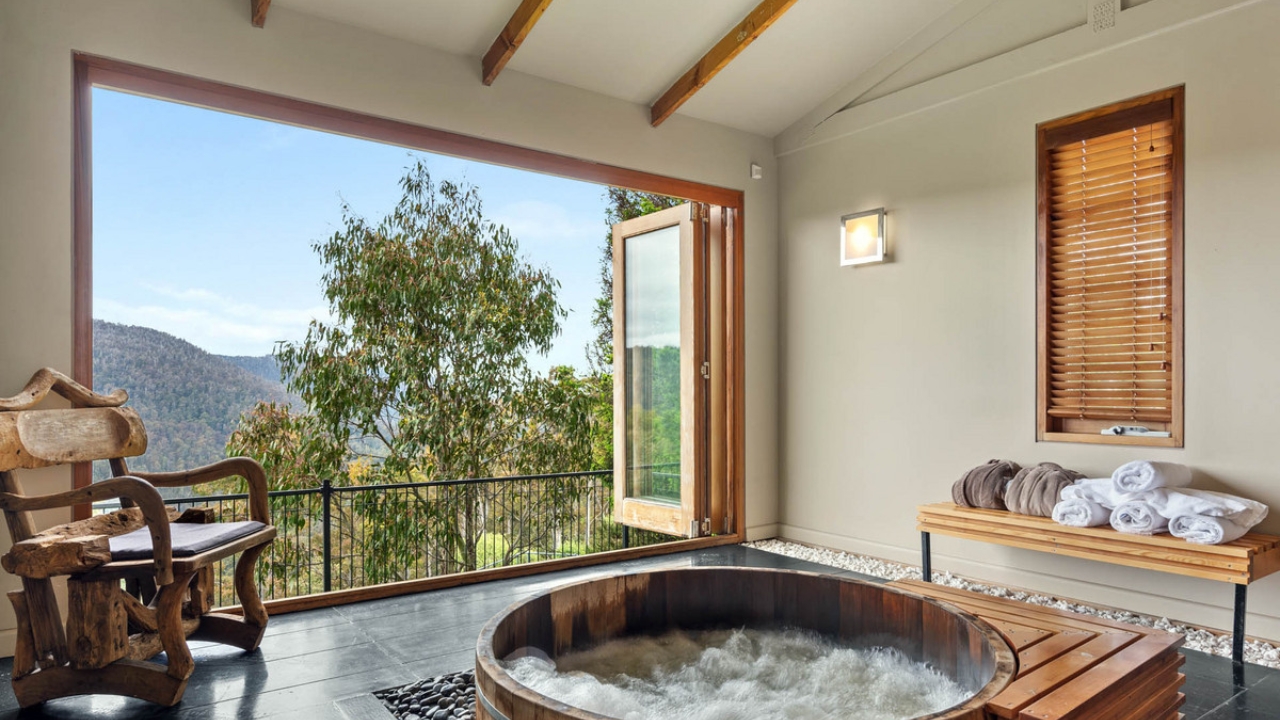 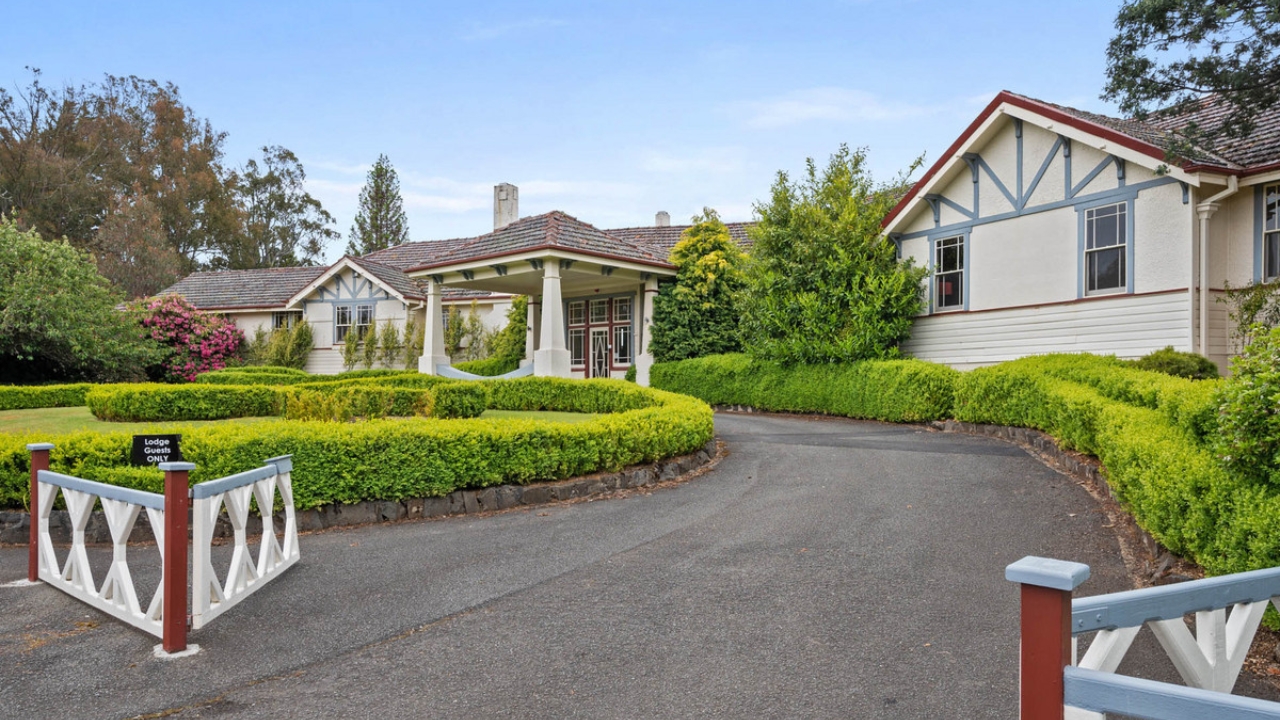 Tarraleah, a former hydro town in Tasmania, is back for sale following a Covid-disrupted campaign, with listing agent Ed McKay hoping 3D tours and a targeted video campaign will help bring it to the attention of high-profile investors.

Located around 126 kilometres north-west of Hobart, the township was originally built in the 1930s to house hyrdo scheme workers but fell into disrepair during the 1980s.

Now restored and rebranded as the Tarraleah Estate under private ownership, it’s on the market seeking expressions of interest at $12 million-plus.

It’s not Mr McKay’s first time marketing Tarraleah, with the Peterswald agent having a long history with the property.

“I was at a different agency a couple of years ago and we launched it to market during the start of Covid,” he explained.

While he had managed to secure a multinational tourism company as a buyer, the change in the economic outlook meant they had been unable to go through with the deal, he said.

“We did get a contract on it at that point in time but unfortunately it wasn’t able to progress because of the deteriorating situation at the very start of that Covid period, when we all thought the market was going to go down – the economists were telling us all of those things and then six months later went the other way,” he said

A resurgence in domestic tourism and off-market interest meant the time was right to re-list the property.

“Now it’s sort of getting back to that point where it’s ready to sell again, it’s had a rest off the market,” Mr McKay said.

“Tourism has really picked up in Tasmania once again, there’s a number of large companies such as NRMA, and other big tourism companies buying up large assets like this in Tasmania.”

‘It’s quite unusual to sell a whole town’

Mr McKay has spent around three weeks at the property over the past three years – a process he believes has helped him prepare for an “unusual” campaign.

“I met the owner several years ago when I was staying at the property,” he said.

“It was a number of weeks later when he called me and we were having a bit of a chat about the property that this journey began,” he said.

He said that the key to marketing such a unique asset that is located in a remote part of the country was to make it as easy as possible for prospective buyers to conduct their due diligence.

“Usually with a commercial listing a lot of places would only look at putting up 10 photos and a minimum of information,” he said.

“But to really present this to an international and domestic audience in the best way before they come down to look at something like this we’ve really gone over and above an we’ve done a 3D Matterport tour of the entire village.

“So you can hop from one building to the next and go outside the buildings.”

This removed a pain point for companies that may have to go through a series of internal approvals during the purchase process.

“It’s probably not every day that, someone might be looking for a tourism icon in the centre of Tasmania, so we need to push it as hard as possible,” he said.

“There’s an explainer video of the property and there’s definitely marketing videos that will be hitting social media over the weekend, or will be pushed into targeted postcodes around Australia.

“And these will be postcodes where we know that there’s high net worth individuals, and certainly people who are at that sort of boardroom CEO level, where they’re living, ensuring that we can get it across to those people in an effective way.”

The Edge Restaurant and Function Centre, a two-storey building with space for 100 guests that overlooks the Nive River Valley is also in operation.

Other buildings include The Gate House (previously run as a spa and sauna); The Blue House (a new five-bedroom home); The Great Hall function centre; The Church and Conference Centre (complete with original pews); The Scholars House (a converted school with 11 accommodation rooms); The Highlander Restaurant and Atrium; and Teez Café.

“The current owner is the second owner since it was in Hydro’s hands and what he has done is he has basically turned the town around, he got rid of all the old buildings that were dilapidated and falling down and he’s put a whole lot of money and fresh blood into it being a tourism operation,” Mr McKay said.

“There’s a number of houses that you can rent there – the accommodation is quite extensive in terms of what’s there.

“He’s put in a lake which has been stocked up with brown trout – being the Central Highlands of Tasmania, that (fishing) is quite a popular sport up there.”

“Basically, he hosts weddings, functions, you know, travellers going through to the west coast of Tasmania.”

Mr McKay said there was plenty of potential for a future owner to expand the tourism operations at Tarraleah, with the vendors having prepared a community development scheme featuring 71 home sites.

Jack Needham is the Digital Editor at Elite Agent