Usually when a father and son team up in business it’s the younger joining the older family member, but Garry and David Price have turned that scenario on its head.

The Agency has welcomed Garry to its Brisbane team to work alongside his son David, who is the Queensland general manager.

One of Brisbane’s most respected and experienced agents, Garry was director of his own East Brisbane agency for many years, handling sales for high-profile clients and transacting more than $1 billion in deals.

He also built a strong property management portfolio, which he brings with him to The Agency, headed by Julia Kabakoff.

Garry has been awarded the prestigious Ray White Elite Performer award multiple times, among a host of other honours for his achievements in the past two decades.

Garry said he and David had worked together numerous times over the past 30 years, including owning and running successful hairdressing salons.

But he is quick to admit it is his son who first showed him the ropes in real estate.

“David taught me everything I know,” Garry said.

“We are very similar, he is a people person just like me and we both have great communication skills.

“When I first started in real estate, David said to me, ‘Dad, you’re still acting like you’re still in a hairdressing salon. You’re talking to people rather than listening to them.’

“After that, I learned to sit down and listen to the clients and their needs.

“I work and build their trust so I can give them the best quality service and results.”

Dedicated and driven to provide his clients with premium service, Garry said experience, patience and empathy are essential factors in creating a long-standing and successful property career.

“Building a team and employing the best people is the key to giving the best quality service to your clients,” Garry explained.

David is thrilled his father has joined him at The Agency.

“Garry is very committed to getting the best possible results for everybody he deals with,” David said.

“He loves working with people and he has loved the industry for over 20 years.

“Garry and I are very close, he is a great dad and grandfather to my kids. He is a wonderful man.”

The Agency Chief Executive Officer Matt Lahood said he was honoured Garry had chosen to join The Agency.

“Garry joins The Agency as an elite performer within the Brisbane region, having built up a strong customer network and ties to the community over his two decades in the industry,” Matt said.

“I highly respect Garry’s approach when it comes to what he does, he is driven by empathy, transparency and honesty. That’s why he is one the best in the business.”

Focused on the eastern suburbs of Brisbane including Bulimba, Hawthorn and Balmoral, Garry has experience in a range of properties from investment apartments to family homes and exclusive one-of-a-kind listings.

He has seen the area grow to a highly-sought after region of Brisbane where his clients can create a dream lifestyle for themselves. 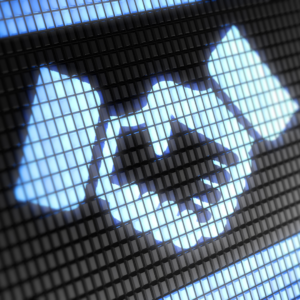