Get back to basics, do the work, give before you expect to receive, be accountable and stop ignoring buyers – AREC 2017 was a rapid-fire festival of great advice that highlighted how, despite all the new technology, there are no magic bullets in real estate.

The sessions started off with Scott Harris who set the scene for the two days by telling the 4,500 agents that they needed to stop thinking that rules were made to be broken.

Lesson 1: Play by the rules

“You do have to play by the rules – otherwise there are always consequences,” he said. Brush your teeth every day if you don’t want decay, do the exercise if you want to feel good and keep the weight off, do the cold calls if you want the results.

Harris highlighted that one of the key reasons why agents fail is that they think they can take shortcuts.

Matt Lancashire from Ray White shared that 60 per cent of his leads came from open homes.

“The biggest tool for listings is open homes,” he said. “Buyers become sellers, so create a relationship as both buyers and sellers want a relationship with their agent – not a transaction.”

Melita Bell from RE/MAX Toowoomba identified how she used every opportunity possible to connect with people. This led to some strange – but highly profitable – relationships.

“Every person you meet is an opportunity – even your divorce lawyer,” says Bell, adding that her lawyer was her number one referrer, followed closely by her nail technician and hairdresser.

Lesson 3: Give before you expect to get

Both Gary Vee and Robert Cialdini highlighted the importance of reciprocity, identifying smarter and more successful ways to win listings than the traditional agent behaviour of hard selling.

Cialdini flagged KPMG research that confirmed the power of pre-existing relationships in getting a yes.

Giving first is the best way to establish a relationship, yet the typical agent model is to expect a vendor to give an agent the contract for a house before they can expect any service.

“To build rapport, identify similarities and give genuine compliments,” Cialdini says. “As agents, you can give information, give benefits, give out a bottle of water – do something nice for the people you’re serving before you ask for anything.

“It’s the similarities between us, not the amount of information, that creates the connection.”

Gary Vee summed up by stating agents should “give without expectation” and always seek to give more than they got.

“You give, give, give and then you get the right to ask,” Vee said. “But most people, they ask first and then they give just a little.”

While past ARECs have focused on how to win the hearts of potential vendors, it was refreshing to see Charles Touma from BresicWhitney on stage talking about the importance of real estate agents loving up buyers again.

“There was no way I could speak to the number of owners and sellers in my career that I needed to to hit my numbers when everyone else was also trying to talk to them. I had to speak to buyers,” Touma said.

“But before I could speak to buyers I had to know what I was going to talk to them about.”

Touma’s recipe for success involved getting to know 90 per cent of listings in his market and going to all the inspections available. He then segmented the buyers he was speaking to and shared information about the market from a buyer perspective.

“I broke down what stage they were at in their buying cycle. If I listed a property I would go straight to my list of hot buyers and whenever I saw a new listing, I’d always call them,” he said.

Those who intended to buy but had yet to bid on a property he would call weekly, while ‘general lookers’ received a call every six months.

“It’s been a great strategy because it’s built trust before transactions,” Touma said.

Lesson 5: Do the work

“In the real estate business you’ve either got numbers or you’ve got a story,” Bob Wolff told the crowd in a presentation that received a standing ovation.

Wolff’s presentation was a rapid-fire series of lists of what to do and what not to do, with most of it being focused on getting the basics right and ways to “raise the bar by 20 per cent every year.”

“Get the basics right, know your why, say thank you,” he fired at the audience. “It’s not a hard business but you have to do the work.”

At the heart of Wolff’s advice was the message that excelling at what is perceived as the small stuff is in fact the activity that has the biggest results.

“If you follow up you will be a legend,” he said. “There are no surprises and no shortcuts. Get the basics right and be accountable!” 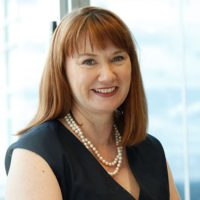