A century-old Melbourne terrace house in desperate need of some TLC has become the star of a hit video marketing campaign that gives a tongue-in-cheek nod to The Block.

It appears the agency has hit on a winning formula to promote the upcoming auction of the four-bedroom home.

The Facebook video had attained more than 11,000 views in just a few days on the social media platform which, at the time of writing, had translated to almost 700 additional clicks through to the listing.

In the video, the trio of judges offer uncharacteristically effusive praise for the unpolished gem, which is described in the listing as having “plenty of potential for a sympathetic and contemporary makeover”.

Noel Jones Director and auctioneer Daniel D’Assisi told Elite Agent he was confident the video would prove popular with audiences, but admitted he was surprised by just how much it has struck a chord.

“The Facebook video runs for about four minutes, which is a bit longer than we would normally do, but we felt it was a little different, so it lends itself to hopefully grabbing people’s attention a little longer,” Mr D’Assisi said.

Mr D’Assisi has a personal history with the Channel Nine program, having represented contestants “Sticks and Wombat” (Mark Croker and Clint Price) for their auction on The Block a few years ago.

“I knew that the clients were The Block fans because they’d come to one of our open nights when I was representing Sticks and Wombat in 2017, auctioning their property,” he said.

“So I said, ‘why don’t we find some look-alike actors and have a play with a parody?’ And that’s how it came about.”

Mr D’Assisi makes a very brief appearance at the end of the video to let viewers know the property, which will be auctioned on April 17, is open for inspections but otherwise leaves the acting to the professionals.

“I think agents focus on themselves a little too much when it comes to videos and I think people are sick of seeing that,” he said.

Taking a fresh approach has certainly paid off, with the video garnering substantially more views in a few days than most achieve over the course of a full campaign.

“Some good ones, when properties are particularly nice to look at and aesthetically pleasing, you might do 3000 to 5000 views, but 11,000 views in three days is pretty unique.”

Mr D’Assisi admitted engaging a videographer and actors made producing the clip a more costly exercise than a run-of-the-mill video but added, “we’re not talking tens of thousands or anything”.

He said he was confident the extra attention it has directed to the listing will make it a worthwhile investment.

“If it attracts two extra buyers that bid an extra tens of thousands of dollars come auction day, it’s cheap when you look at it in context,” he said. 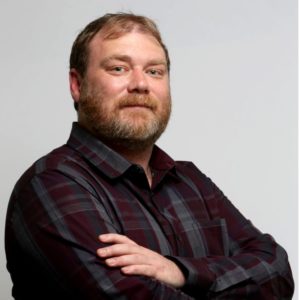