Higher priced properties in Sydney and Melbourne is not the only obstacle stopping people from entering these markets. Varying from state to state, another factor contributing to the high entry cost to housing is Stamp Duty, particularly in Australia’s largest two capital cities.

CoreLogic Head of Research Tim Lawless said, “Calculating how much stamp duty is applicable on a property purchase can be confusing due to the significant differences regionally, but also due to the complexity of rules, concessions and limits that are applied to the calculation of stamp duty.”

Based on the median dwelling value across each capital city, stamp duty estimates can range from a whopping $32,680 in Melbourne to a modest $9,000 in Brisbane.

Mr Lawless said, “Even though the median dwelling value is $200,000 higher in Sydney compared with Melbourne, the cost of stamp duty on the median valued home is actually slightly lower in Sydney, at $31,763, due to higher stamp duty rates in Victoria.”

In some states, first-time home buyers can be offered substantial concessions on stamp duty; however there is generally an upper limit. For example, first home buyer property transactions in Victoria with a price tag of $600,000 or less will enjoy a 50% reduction on their rate of stamp duty. In Queensland, first home buyers purchasing a property priced less than $550,000 can realise a discount of more than $8,000.

Stamp duty rates can also be higher for investors. Surprisingly, Mr Lawless observed that New South Wales, which is the state with the largest proportion of investors, does not charge a premium rate of stamp duty on this segment of the market. The three largest states, however, charge a stamp duty premium on property purchasers by foreign buyers.

He said, “Because stamp duty costs are percentage based, as dwelling values move higher, stamp duty costs can rise disproportionately faster due to bracket creep. Over the past five years dwelling values in these two cities have increased by 62% and 38% respectively which implies at least a commensurate rise in stamp duty costs in these cities. The high transactional costs associated with housing are likely to be one factor that is contributing to a slowdown in the number of sales across the country.”

While stamp duty is generally the largest transactional cost associated with buying, there are other costs such as building and pest inspections, conveyancing, removalists and more that also need to be factored in and are likely to be dampening participation in the housing market. Mr Lawless said, “Add to this the fact that most lenders will be seeking a 20% deposit and the barriers to entry become even more substantial.”

Mr Lawless said, “If transaction numbers across the housing market continue to trend lower, state governments are likely to encounter a budget hole as stamp duty revenue falls. For this and associated reasons, we may find state governments become more serious about considering a broader based land tax that is applicable to all property owners rather than a stamp duty that is payable only across the small percentage of properties that transact each year.” 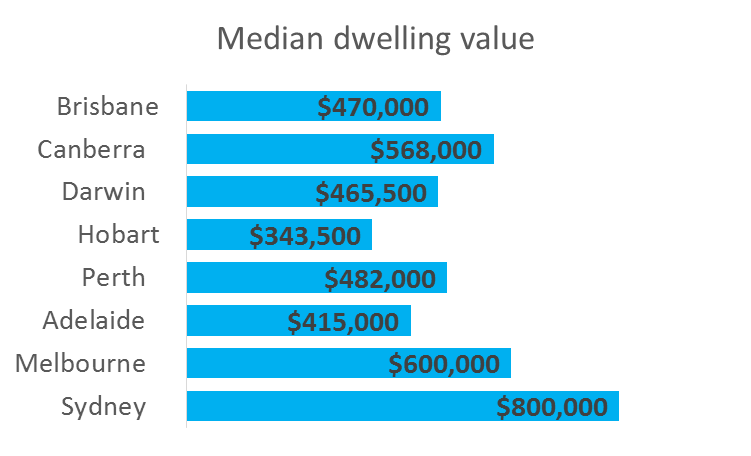 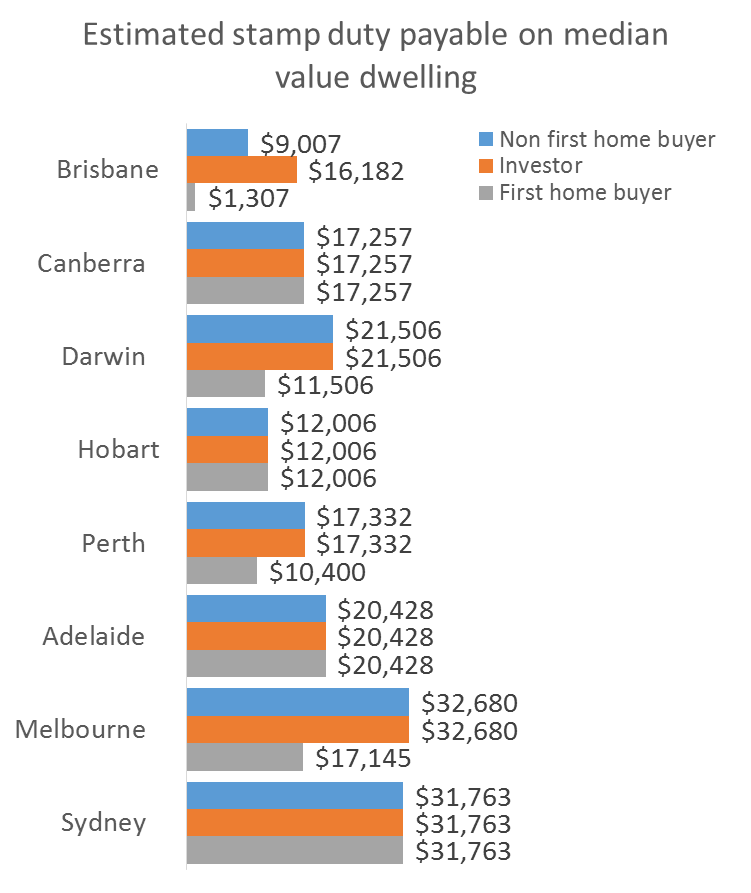