Can you still have your #smashedavo on toast and be able to buy property? A Ray White agent in Sherwood, Brisbane believes so, using a clever marketing campaign for one of his developments that offers buyers brunch free every weekend for a year at a local cafe. 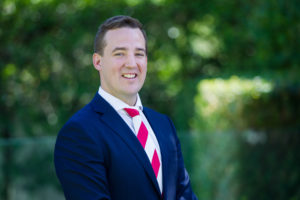 campaign playing on the last year’s debate after Bernard Salt suggested millennials were spending too much money on breakfast and not enough saving for a house deposit.

Mr Crouch, also only 32 years of age, said that the campaign was to attract the millennial demographic to the townhouses, which are 8km outside the Brisbane CBD. There are currently two left.

“We know millennials love their avos on toast, so we don’t want them to forgo their lifestyle if they move to Sherwood,” Mr Crouch said.

“Now, they can still have their avos and eat them too!

“We have a great café culture here, so they can choose whichever local café in and around Sherwood they want for a free weekend breakfast once a week, every week on us for a year from when they move in.”

And if there is more than one name on the title deed, it’s still smashed avos all round. “Whoever’s same appears on the sale will eat avos on us. We are deliberately targeting young buyers, not older people, with this great development.

“There are only six apartments, four have sold, one with the avo deal already and there’s only two left. I hope to sell them both this weekend, given the overwhelming level of attention this deal has attracted,” he said.