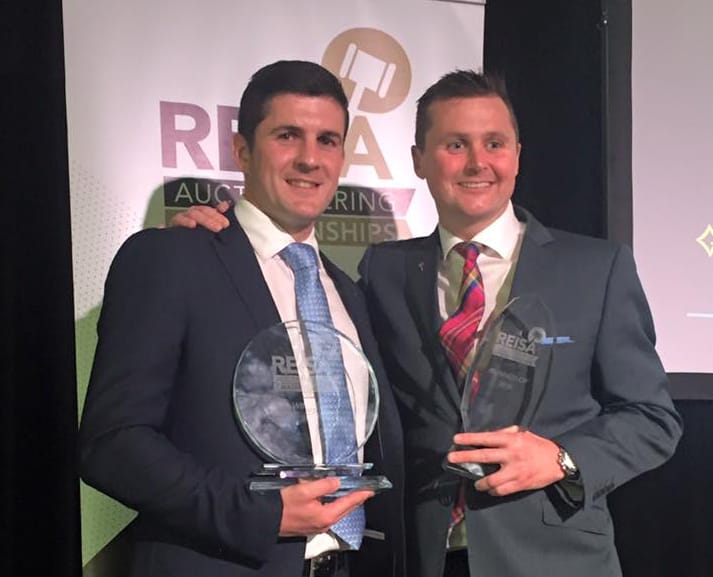 REISA’s second Auctioneering Championships concluded on the eve of Thursday, July 21st with a Gala Presentation Dinner at the Stamford Grand Glenelg.

Toop & Toop’s Bronte Manuel took out first place – for the second year in a row – and will represent REISA at the Australasian Auctioneering Championships in Alice Springs.

Greg Troughton, CEO of REISA said “Congratulations to both Bronte and Michael for their fantastic achievements last night. They both delivered stunning performances – as did all the contestants – and will do REISA and South Australia proud at the Australasians”.

“Our competition is as fair and transparent as possible. The competition was judged by a panel of five interstate judges under the guidance of our chief judge, Jonathon Moore” Mr Troughton said.

“Last night was a fantastic follow up to our inaugural Championships last year and once again affirms the depth and prestige of our auctioneering talent.”