As the ‘Pokémon phenomenon’ continues to gather pace and speed, some innovative real estate agents including Independent Brad Bell in Brisbane and Ben Nguyen from Barry Plant Keysborough in Victoria, have joined the cause to catch ’em all. Shantelle Isaaks reports.

Pokémon Go, the hottest new app that has now surpassed Twitter’s average number of daily users, has taken Australia by storm. Pokémon Go is an augmented reality mobile app by Niantic, where players use their smart device, which tracks their location and time, to walk around and catch up to 151 creatures called ‘Pokémon’. The game is based off the original video game franchise, ‘Pokemon’, by Nintendo, which involves the same objective as the app.

Brad Bell Real Estate in Queensland has granted the wishes of aspiring Pokémon Go trainers by keeping their local cafe, The Hub 4122, open this evening from 6pm-9pm for players to ‘catch ‘em all’. The Hub 4122 is Brad Bell Real Estate’s key location for its staff and its clients to discuss all things property over a cuppa. The cafe is also the company’s hub to involve the local area via community events. 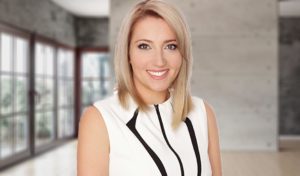 “The inception behind the cafe was to have a way to engage with locals through our brand in an adjacent space,” says Sarah Bell, Director of Brad Bell Real Estate.

The Hub 4122 is located within a number of ‘Pokéstops’. Pokéstops are areas to obtain items and upgrades. These Pokéstops are useful spots to plant ‘Lures’, which increases the number of Pokémon that appear within the area it is planted. There are also numerous Pokémon ‘Gyms’ surrounding the cafe, which are places to take the challenge of battling stronger players.

Facebook user Yaz Brown posted on The Hub 4122’s Facebook page that she “would love it if [the cafe was] open at night so the Pokémon GO community could have delicious hot brews in such cold weather.” She also noted that nothing else is open nearby at this time of night.

Says Sarah, “We answered the call and we’re opening up the cafe tonight.

“Although the cafe staff weren’t available,” she continues, “Some of the Brad Bell Real Estate staff have backgrounds in hospitality and coffee making,”

Pokémon Go’s launch has had a major influence on Brad Bell Real Estate’s own community and their business. “We’ve got a very young crew in our office,” Sarah Bell says. “They’re in touch with the trends.”

“I’ve seen some of our open home artwork, and I don’t know if it’s gone external, but in internal communications, there have been little Pokémon figures put on front lawns of the houses we are selling.”

“It’s such a big thing that so many people are involved in, and just being able to hop into that space is a cool thing. It sends a signal to the marketplace that you’re in touch with what’s going on.”

“We’re very much a family-run business that hasn’t lost touch with our community.”

In more Pokémon Go fun, Ben Nguyen from Barry Plant has created copy for one of his new listings with fans of the app in mind. 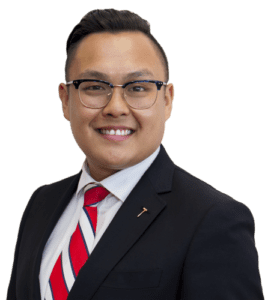 “There are at least 10 references to the game in this listing,” says Ben. “See if you can find them!”

Part of the listing reads, “Walk to Chandler Park Primary, walk to Parkmore, walk to the bus stop… everything you’ll want or ever need is at your fingertips. And best part is that Pokéstops and a Pokémon Gym within 1km from the home – life will be a breeze in this home!”

Referring to his creative copy, Ben says, “We’ve got to go where the people go.”

While the Pokémon craze has now hit the listing descriptions, we are thinking now consumers might go mad for catching the little guys in a 3D property tour (except this is where the fun stops, it would not be allowed under some real estate photography regulations!)

The Hub 4122 cafe is located at Civic Fair Shopping Centre, 280 Newnham Rd, Upper Mount Gravatt. It will be open tonight on Friday 15th July between 6pm-9pm. You can RSVP to the Facebook event here. We will post the link to Ben’s listing on Monday. 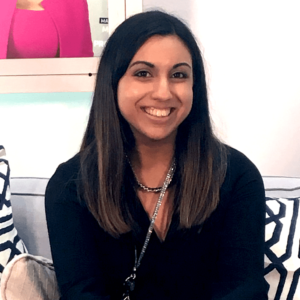