REA Group has released their Property Demand Index for November 2016  showing variable results across capital cities with weakening demand in some locations and a stabilisation in demand.

“Perhaps there is a sense of nervousness among Australians following the recent US election, because demand levels stabilised in November, increasing by just 0.1% during the month,” commented REA Group Chief Economist, Nerida Conisbee.

US election hangover aside, the slowing was driven by dropping demand in Queensland, potentially fuelled by concerns around the Brisbane CBD apartment market, and also Australian Capital Territory.

“Despite a relatively stable month for demand nationally, all states continue to see the increases in demand levels overwhelming the slight decline in listings volumes over the year to date.

“Tasmania is still seeing elevated levels of demand and is now the most in demand market in Australia, with affordability the key factor driving this interest.

“New South Wales saw a small decline in demand, driven primarily by affordability issues in Sydney, now likely the most expensive city in the world by income to price ratio. Victoria, despite continued concerns of apartment over development in Melbourne’s CBD, saw demand increase by 3.3%.

“Western Australia and Northern Territory continue to experience lower levels of demand, however both states recorded an uplift in demand for the month of November and the year to date. The result suggests barring any surprising negative economic news or changes to the supply outlook, the bottom of the housing market is close,”she concluded.

Key finding in the November Index are: 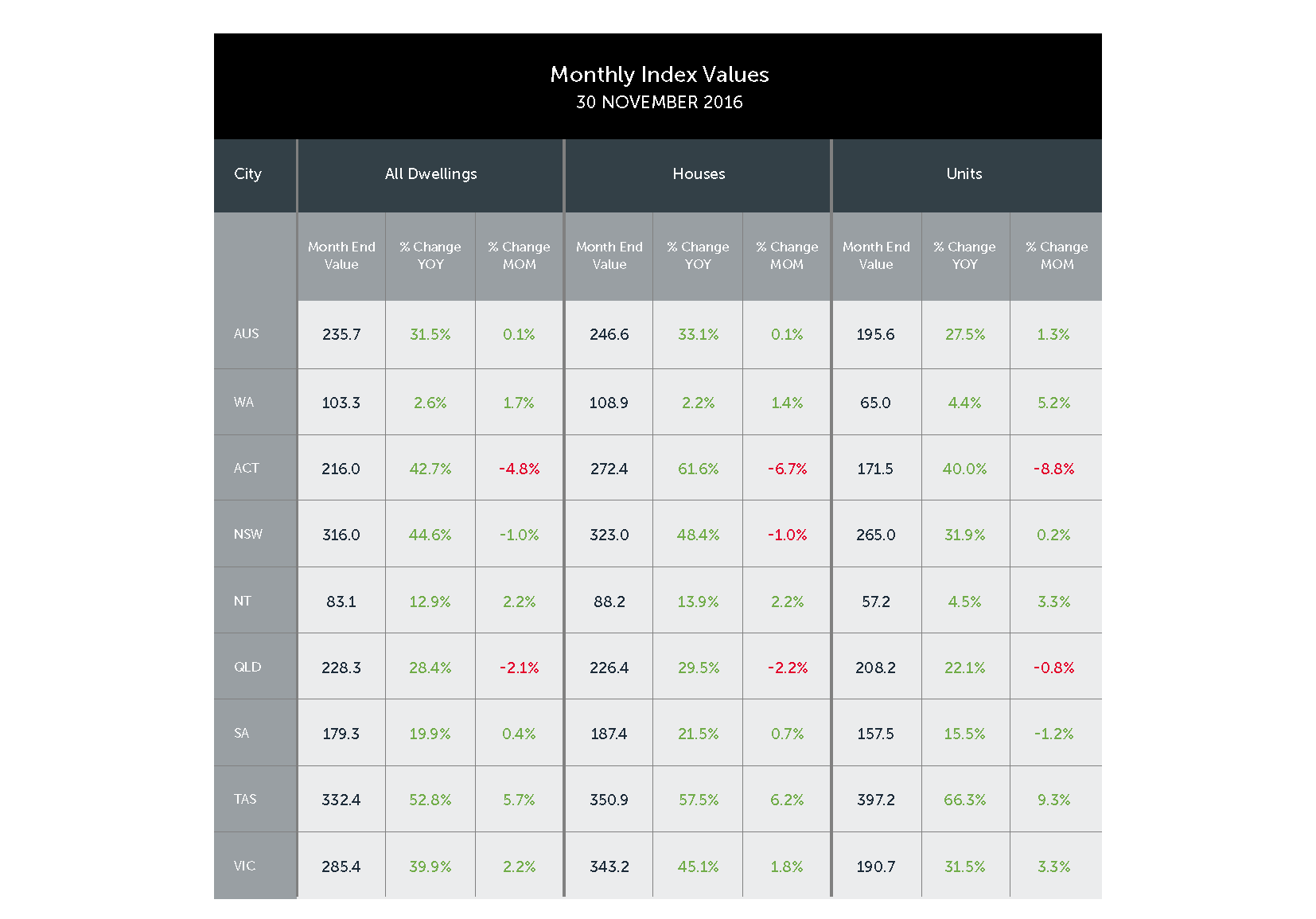 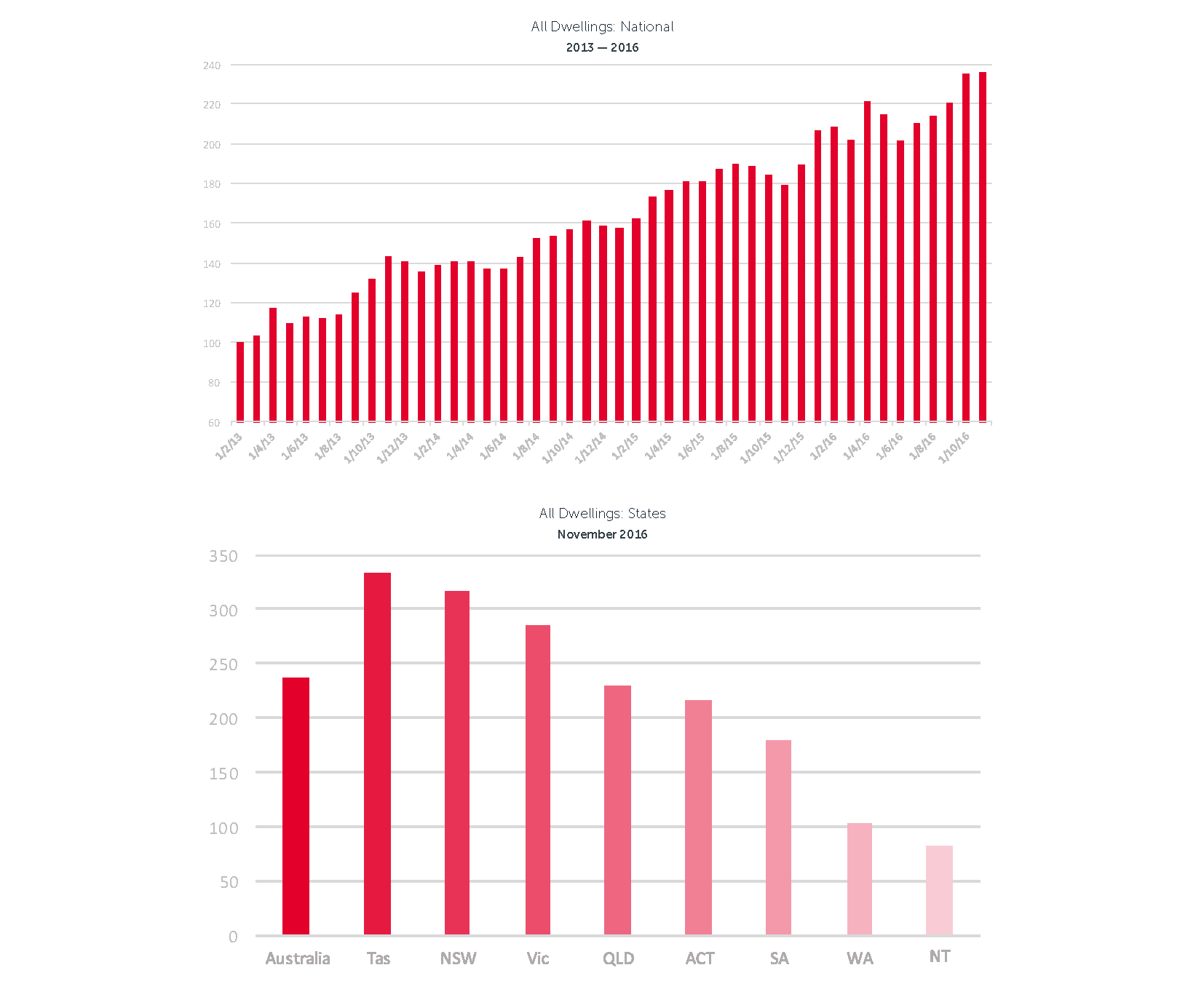 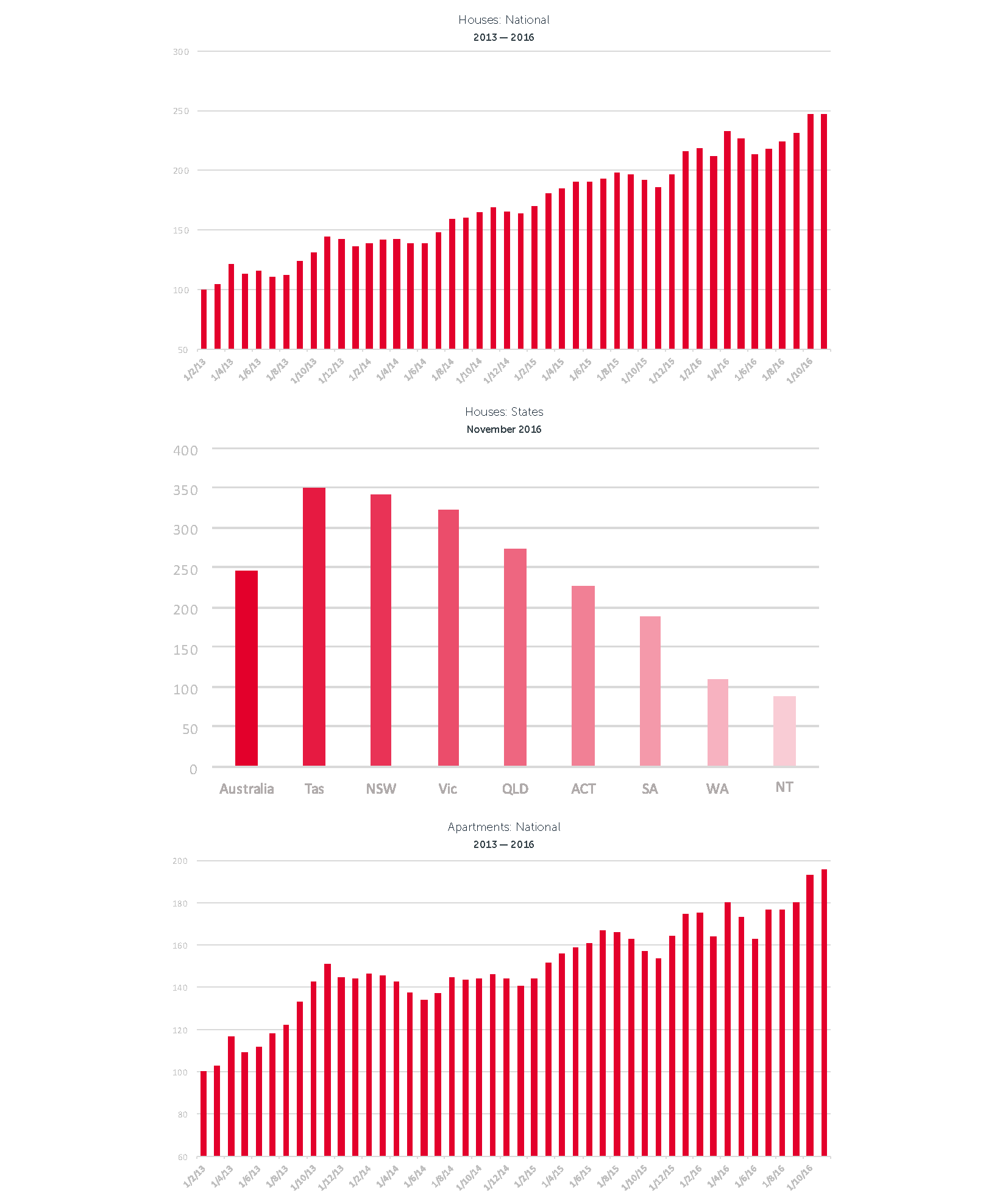