More than 150 of Ray White Group’s elite members arrived in Hobart today to celebrate their success, and share ideas and learnings to ensure the value they provide their clients continues to develop.

The top performers heard from Phill Nosworthy of Sydney-based Switch Learning + Development, who reminded them that the number one core trait of leadership was to lead themselves.

“The greatest leaders have to be the greatest students. Growth mindset is not a strategy; it’s a necessity now. It’s a survival tactic, but then you lead out of the overflow. It is not an indulgent move to stop to learn and come to events like this; it’s crucial,” Mr Nosworthy said.

“The number one core trait of leadership is to lead yourself.

“Too often people are facing ‘terminal uniqueness syndrome’ where you feel like you are the only one facing issues. But you are not and events like this are perfect to help each other.” 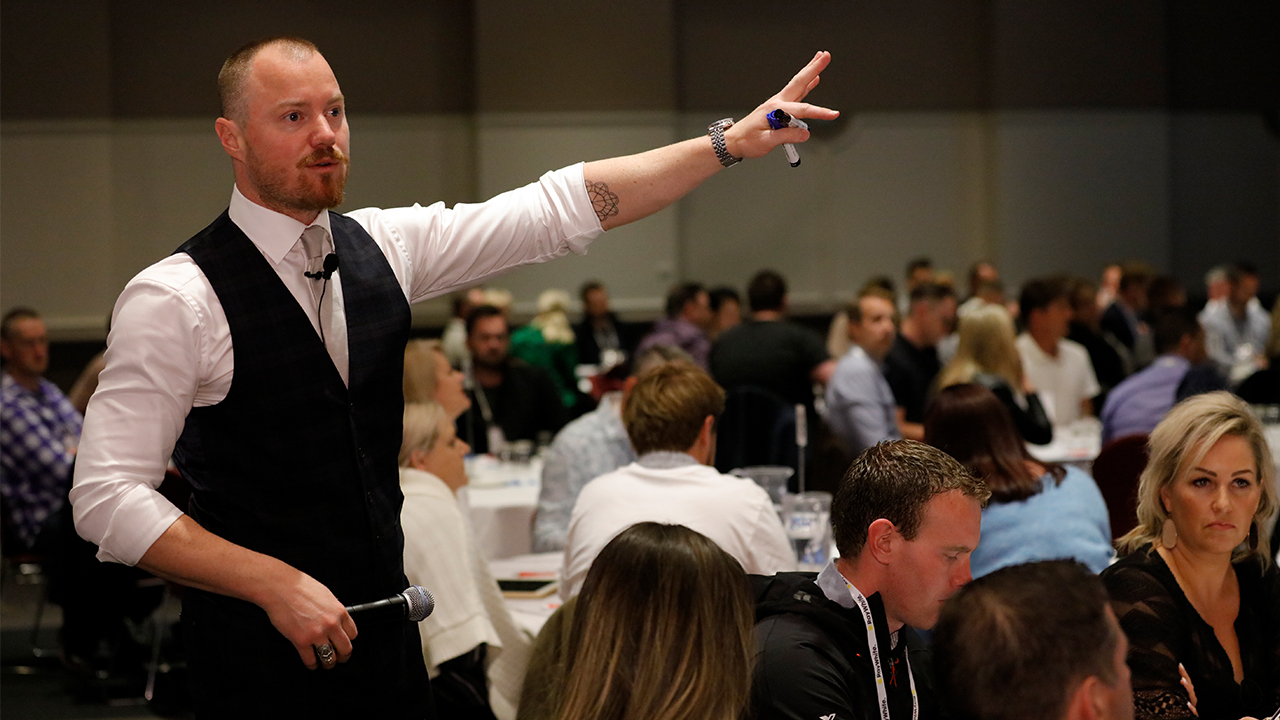 Mr Nosworthy spoke about “closing the gap which stands in the way of people who are better than most but in danger of not quite living up to their potential”.

“This is called excellent mediocrity – which often evokes a violent response in people,” he said.

Mr Nosworthy, who works with Microsoft on their high-performance team globally, has been dropped into 40 cities around the world to identify the next leaders and work with top performers.

“Excellent mediocrity means you are better than most, but you know in your heart that you are leaving stuff on the table.”

He said the biggest gap most people had was between skill and character.

“By a certain age, most people have enough skill to execute the work that they are a part of. Skill isn’t the problem for most people. We all know really skillful people, who are just really horrible people,” he said.

“It’s the substance of their character which lets them down. Character is critical in tough times, not skill. Character is about grit, decency, tenacity and believing in what you do. If there’s too large a gap between skill and character then there are simply no results.”