Last year in Denver, Colorado, a woman made an unscheduled visit to an unoccupied foreclosed house on which her husband had made an offer. During the visit, which was unsupervised, she slipped and fell on an uneven part of the sidewalk and injured herself. The woman then initiated legal proceedings with both the bank and the listing real estate broker, saying the ‘For Sale’ sign in the front yard made her an ‘invitee’, and that they should pay damages for her injuries. The court upheld in this case she was trespassing; but all cases are different. Lisa Jemmeson takes a look at the possible outcomes of a similar event in Australia.

LAWS IN EACH COUNTRY
develop differently. In Australia, English law arrived in New South Wales with the First Fleet ‘so much of the English law as is applicable to the new situation and condition of the infant colony.’ English criminal law was imported into the colony from the first settlement under Letter Patent issued in 1787.

NEGLIGENCE: THE DEAD SNAIL CASE
The Australian common law principles of negligence come from a famous British House of Lords case involving a bottle of ginger beer, a dead snail and an awful dose of gastroenteritis and shock. The plaintiff had become violently ill after consuming her ginger beer with a side of decomposing snail. She sued the manufacturers of the beverage for damages in negligence. This British case applied a new rule of law, otherwise known as the ‘neighbourhood principle’ referred to in this case (Donoghue v Stevenson, 1932). In summary it was found one person’s actions should not harm another (‘a neighbour’).

A few years later, the Australian Courts had the opportunity to affirm the decision in the ‘itchy undies case’, thus cementing the law of negligence into our jurisprudential landscape. Briefly, the manufacturer of the said undies failed to remove a chemical irritant from their woollen underwear. The plaintiff who wore the underwear contracted dermatitis in a most sensitive body area and sued for damages in negligence.

The Australian courts expanded the legal principles originally established in the ginger beer case when deciding the itchy undies case. The Australian Court stated that for an action to be successful in negligence it must be shown that:

Turn your mind back to the 1990s and the litigation explosion. A number of high-profile cases saw multi-million dollar damages awarded in situations where the plaintiffs established, under the then legal principles, that the defendant was negligent. The impact of these decisions was felt most acutely by Local Council authorities and professionals. In some instances, certain professionals such as doctors, specialists and the like could not obtain insurance in their field of expertise.
The Government moved to introduce legislation to modify, by statute, the common law principles. The Civil Liability Act (CLA) was enacted in 2002 and sought to address the perceived problems with damages claims and awards, together with the issues of obtaining insurance.
Under the current regime, in order for a plaintiff to establish negligence under the CLA, they must prove that the defendant:

WHAT CONSTITUTES TRESPASS?
Leaving negligence to one side for the moment, we turn our minds now to the Law of Trespass. Trespass is an available remedy to an ‘occupier’ of property. ‘Occupier’ catches the person legally entitled to immediate possession; that is, the tenant if applicable.

Other people have an implied licence from the footpath to the front door of the property; this is the mechanism that allows salespeople to go door knocking and Avon to pop round and sell their lippy. Once at the front door, if the occupier asks the person to leave, they technically ‘revoke the licence’.If the person remains on the premises once the licence has been revoked, they then are trespassing.

If a person is invited onto the premises, for example to attend an open house, they are only entitled to be there for that purpose and their right to remain ceases as soon as they are asked to leave. If the person refuses to leave, the matter becomes a matter for the police and The Inclosed Lands Protection Act 1901 [sic].

With this in mind, given the factual scenario in our US case study, could an estate agent in New South Wales be negligent by erecting a ‘For Sale’ sign at the front of the premises if someone was injured when entering the property without the agent?

If someone – for example, a prospective purchaser – invoking the implied licence before they are asked to leave, injures themselves on the path to the front door, then one returns to the CLA when seeking to defend the action. Even if the plaintiff could establish the elements of the action, the CLA provides codified defences available to the defendants.

The defendants, plural, will likely be the homeowner and probably the estate agent. Agents are usually named in proceedings as they hold a Professional Indemnity Insurance Policy. Various defences are available; they include, under Division 4, that no wrong is done to one who is willing, or as we lawyers like to say ‘volento non fit injuria’. Under section 5F this is a defence to a claim if the risk to the plaintiff was an ‘obvious risk’. This might be used if, for example, the plaintiff had to cross a sharkinfested moat to get from the footpath to the front door.

The quantum of damages for noneconomical loss that a plaintiff can expect is tempered under s.16 of the CLA. However, damages may not be awarded for non-economic loss unless the severity of the non-economic loss is at least 15 per cent of a most extreme case.

AGENCY AGREEMENTS: THE LOOPHOLE
The CLA and Civil Liability Amendment (Personal Responsibility) Act 2003 were introduced to promote the notion of personal responsibility and, for the most part, make it more difficult for a plaintiff to succeed. However, as a panel solicitor for Realcover, I can personally attest to the fact that it does not stop plenty of plaintiffs from joining estate agents to personal injury proceedings.

Commercially prepared agency agreements contain indemnity provisions that seek indemnity from principals, in favour of the agent, “against all actions, suits, proceedings, claims, demands, costs and expenses made against the agent in the course of, or arising out of, the proper performance of their duties under the agreement.” The REINSW standard agency agreement also includes express permission for the agent to erect a ‘For Sale’ sign.

Agents could potentially fall foul of the protections in both the CLA and the agency agreement – that is, ‘proper performance’ – when they do something that creates a risk. An example of this could be if the agent props open the pool gate of a swimming pool at an open house so that prospective purchasers can easily stroll in and out of the pool area. If someone drowned or were injured, then the better view would be that the agent would be liable.

Each case turns on their own set of facts and circumstances; agents should be mindful of how the legislation operates and the areas of exposure that could materialise when reasonable regard is not given to the neighbourhood principle and the common law as it stands. 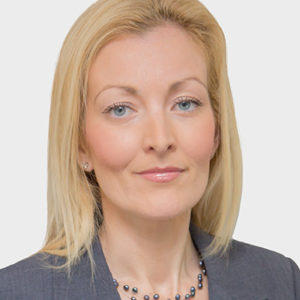