Julie Davis and Neil Williams discuss the advantages for sale by tender.

I first started selling residential property by Tender back in 2002 as a result of continually being rolled by the competition. Our major competitor at the time was the premier office of one of the country’s biggest franchises and they were smashing us almost each and every time we competed at an “Auction” listing presentation. It was no surprise really, they had a huge sales team of over 20 that was well supported by good infrastructure and a highly trained support team. The Agency Principal was an excellent Auctioneer, highly regarded by his peers and the recipient of a number of industry awards. The Agency profile was huge as a result of page after page of Auction advertising in the Saturday Edition of the Canberra Times and the franchise auction training was first class. In short, convincing Vendors that we could run a better Auction campaign was always going to be a bit of a battle, and it was being reflected in our results. If you’re starting to sense a little professional envy here then you are correct, put simply, they did Auctions far better than we did.

Rather than trying to match them we saw Tender as being a viable alternative as no one was doing them. We started by ringing the REIACT to get some residential Tender documents. No luck, they didn’t have any. We then rang some Institutes in the other states and no luck again.

It turned out that there was very little information both in the field and also in legislation to assist in selling residential property by Tender. It was relatively common in the Commercial world but tended to be property specific, fairly technical and comprised of hundreds of pages.

We approached a Law Firm and asked them to produce a residential Tender document that was short simple and easy to understand. They came back with a lengthy document that nobody understood and I could hardly lift. With patience and co-operation, we got it down to three pages that a test audience all understood and accepted. Now we needed to establish the benefits to Sellers.

We started by speaking with Sellers who had recently been through an Auction campaign, both successful and unsuccessful. At the time Auction clearance rates were bouncing between 40 and 50% so we got a good mix of real life experience.

Based on the principal that is about fixing a problem we asked them what they didn’t like about selling by auction and they came back with three common threads.

Firstly, you needed two buyers who want the property for the auction to be successful. The highest bid will only ever be driven by the underbid so if there was only one bidder then it stalled. At the time it was difficult enough to get one bidder let alone two. Even though a number of people may have wanted it they needed to be able to buy under the auction conditions which was not always possible. Put simply, while the bidder may have gone higher, they did not have to.

Secondly, if the property failed to sell and was passed in at a low figure, that figure was in the public domain. When the sellers then progressed to selling by private treaty at a price, buyers compared the new advertised selling price with the passed in price which would often be vastly different. If no one wanted it at the best price offered at the auction, what hope did they have of achieving a higher price?

At Tender if there were no Tenders submitted or the highest of the Tender prices was not accepted then the sellers price expectation was still protected. None of the sellers are aware of what the other submitted prices were. The property can then be advertised for sale at a price that cannot benchmarked against a rejected figure.

Finally, and this was their biggest concern at the time, was the humiliation factor. Most vendors believe that their home will sell at a high price at auction, and why shouldn’t they, most of them have watched The Block. On the day of the auction, they have invited along all their friends and family for support and the agents have invited all the neighbours. Masses of witnesses standing on the front lawn watching and if there is either no opening bid or only one the sellers start looking for a hole to crawl into. It was this part of the auction process that they hated and in every instance they blamed the agent for not getting bidders to attend.

On the Tender close day, the sellers can open the Tenders in the privacy of their own home. If the highest Tender is unacceptable there is no audience, no words of sympathy from their friends and family and no humiliation.

Once we had the process, the dialogue and the training in place we offered Tenders as an alternative method of sale to auction. We presented all the methods of sale to our clients at the listing presentation and they would select the most suitable for their circumstances. From that day onward until we sold the business 5 years later a vendor never selected selling by auction over a Tender. Problem solved.

In closing let me say that I am not anti – auction. I was an auctioneer and have done quite a few over the years. There is nothing like the excitement of cashed up bidders at an auction going toe to toe in a fight to get the property especially in a bull market.

Tenders are an alternative to an auction but are not a silver bullet. They offer a choice for clients who want premium prices in tougher markets but will always be dependent on the skill level and commitment of the agent. Tenders may also give you that point of difference that clients are looking for when selecting their agent. 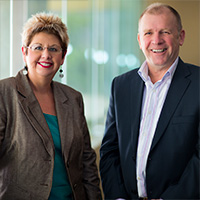