The Real Estate Institute of Victoria has announced that Joseph Walton has been elected President for 2016-17. 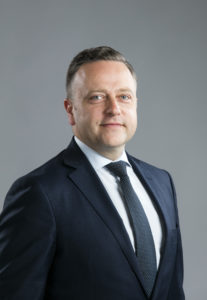 Mr Walton has a long history of involvement with the REIV, having served on a number of committees and as REIV President over the past six months.

Joseph has had an extensive involvement with the REIV Commercial and Industrial committee – serving as a committee member over a five year period (2009-14), including four as chair (2010-2014).

He has also been a member of the Education Committee and Members Council.

He said that he is privileged to continue serving REIV members as their President.

“The next 12 months are vital for REIV members, as the industry continues to evolve and a range of State Government reviews are undertaken,” he said. “The Board is united in its focus on meeting these challenges.”