Century 21’s first Tasmanian office in Devonport has beaten all of the group’s Victorian offices and taken out two top sales awards.

Director of Century 21 Leslie and Banks, James Leslie, achieved two top awards at the network’s quarterly awards ceremony in Victoria including ranking as the first quarter’s Top Selling Principal for the most properties sold.

James Leslie, who opened his Century 21 office in Devonport with co-Director Adam Banks in early 2016, believes these awards prove the potential of the Tasmanian property market, with his personal number of sales for the quarter exceeding those of the Victorian principals.

“These awards were quite unexpected as we compete with stronger city markets that traditionally experience larger volumes than markets in Tasmania,” said James Leslie, Director of Century 21 Leslie and Banks.

“Many of our properties sit at cheaper price points so it means we have to work a fair bit harder to achieve great results. There were many 70 hour weeks over the first quarter of this year,” said James Leslie.

CoreLogic data released in May reported that, based on the rolling quarterly change in dwelling values, the strongest housing market in Australia is currently in Hobart, where home values have risen 5.1 per cent over the past three months. 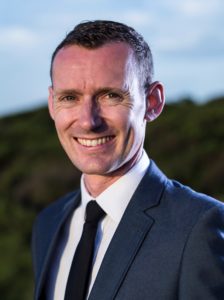 Speaking on the local property market, Mr Leslie further commented, “Tasmania is seeing a lot of positive interest from global and interstate investors of late and this is changing the market dynamics.

“While Tasmanian properties may not be as expensive as property in the larger capital cities, the yield is often there from the start and I think that’s what has helped the market recently.

“As an office, we have also been helped by the global nature of the Century 21 brand as it is instantly recognisable to many interstate and foreign investors,” said James Leslie.

In addition to their property services, Century 21 Leslie and Banks are actively involved in the local community and are known as a team willing to put their hand up to support wherever they can, dedicating time to numerous charities including the Tasmanian Breast Cancer Network and Pink October initiatives.

“Since the office opened its doors, James Leslie and Adam Banks have established an enviable profile thanks to their real estate expertise and commitment to the Devonport community,” said Charles Tarbey.

“With many promising property options available at appealing price points in Tasmania, I am sure that James and the team will continue to conduct successful transactions with the premium, professional service that earned these accolades,” said Charles Tarbey.