Sydney property figure Warwick Williams is preparing to celebrate the 40th anniversary of the Drummoyne real estate business he founded in 1977.

The agency has grown from a humble four-person operation with a modest rent roll to become one of the largest independent real estate operations in Sydney’s vibrant inner west.

Today, Warwick Williams Real Estate is Drummoyne’s leading agency with 30 staff, a rent roll of 1400 properties and a swag of industry accolades.

But most importantly to Mr Williams, the agency has a reputation for integrity, honesty and professionalism.

“Your reputation is something that nobody can imitate or buy,” Mr Williams said.

“Talk is cheap in our industry; a lot of people come and go and they think it’s a sprint race.

“Some think it’s easy and all you need is a flash car and a suit, but it takes hard work to get a following, and we’re here for the long haul.” 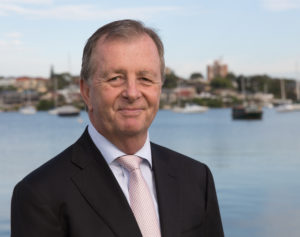 Mr Williams began the agency as a 23-year-old when he convinced his father, a doctor, to help him purchase the Raine & Horne franchise in Drummoyne, the fifth Australian office for the brand.

“I had been working as a property manager for the Hooker Corporation and I had never even sold a property when I started out on my own,” he said.

“But from the first time I sat behind the desk, I just knew it was for me – I loved the dynamic.

“I wasn’t academically brilliant but I love people and I love connecting with people.”

The new office’s first sale was a $40,000 house in Burnell Street at Russell Lea.

“Back then the inner west was very industrial with factories lining the Paramatta River and western harbour, and power stations pumping black grime out over the suburbs.

“Gentrification, particularly in the lead-up to the 2000 Olympic Games really transformed the area.

“We were in the right place at the right time, and we grew with it.”

The agency battled through the economic difficulties of the early 1990s when double digit interest rates were the norm and rode out the inevitable peaks and troughs of the property market.

It became the number one Raine & Horne office in Australia in 1998, after spending a decade as one of the top 10 offices.

In 2001, with his reputation established and eager to step out from behind the franchise, Mr Williams went independent with Warwick Williams Real Estate.

“I felt it was time to stand on my own two feet and gain the agility and flexibility of being an independent agent,” he said.

“There was a shift away from franchises, with more people wanting to deal with boutique agencies, so the timing felt right.

“It’s a funny feeling when you put your own name on a building, it’s like being exposed.

“And it was challenging, but I’ve never looked back thanks to the stability and loyalty of my team and the fact that we were given a lot of opportunities to buy out competitors.”

Growth saw the opening of offices at Wentworth Point and in Balmain, and the ballooning of the rent roll to 2000, before the decision was made to consolidate.

“When you start expanding you can lose control over the culture across multiple offices very easily unless you have the right people in the right positions,” Mr Williams said.

“I made the decision to have one very good office that I could control to ensure the service to our clients was never compromised. I try to instil in our team how essential it is for our clients to receive the best advice, have the most rewarding experience and excellent results.”

Mr Williams said the real estate industry had changed significantly in 40 years but he believed the essence of the industry remained.

“Real estate has grown from a cottage industry to a corporate one,” he said.

“There’s been an incredible shift in how you do business – the transactional time has got shorter as people do homework via the internet before they come to you.

“There’s greater vigilance over how you do business but fees are less regulated so it’s more competitive and you spend more time pitching for business.

“But the fundamental business has not changed – you are helping to get a roof over the heads of people, and using technology to make it more productive doesn’t change the fact that you are dealing with people every day.”

Mr Williams said the sales highlight of the past 40 years was the harbour-front home he sold in Wrights Point at Drummoyne in 2013 for a multimillion-dollar figure, a record for the suburb.

“We also set a record with the $4.5 million sale of a new apartment fronting the harbour, and that record still stands.”

Throughout its first 40 years, the business has forged ties with the wider community through the sponsorship and support of schools, sports teams and charities including the Drummoyne-based Communities for Communities.

“By giving back to them it’s our way of thanking the community for supporting us,” Mr Williams said.

Looking forward, Mr Williams is excited about the new generation of agents emerging in the agency including Adrian Sereni and daughter Jacki Williams, who have been named Drummoyne’s top male and female agents and are part of the agency’s succession plan. 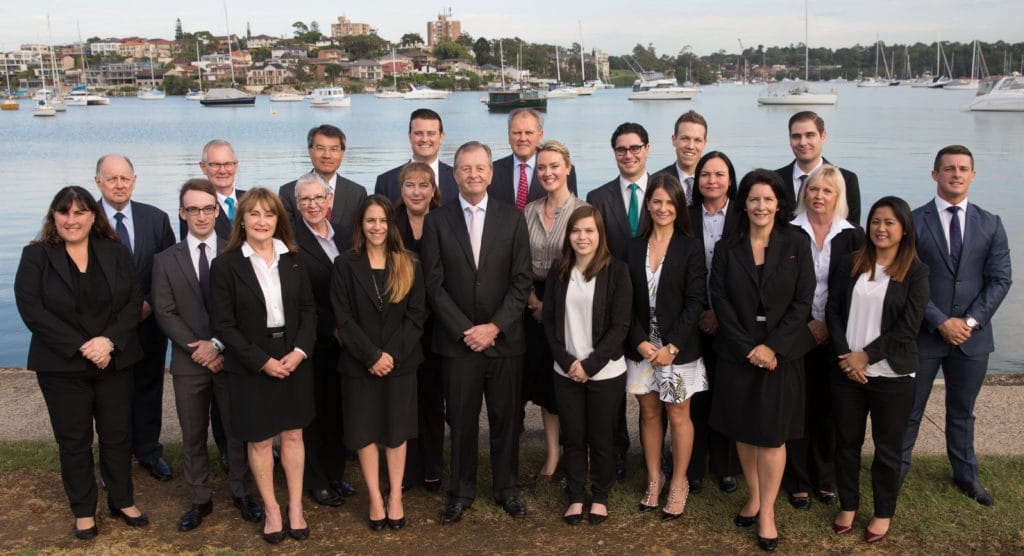 “After 40 years in business feel I have the best team working for me that I have ever had,” he said.

“I’ve got the grey hair and they’ve got the smarts and the technological know-how. Nothing gives me more pleasure than passing down my experience to those who are eager to learn and excel in our industry.”

On a personal level, Warwick Williams was awarded the 1997 Paul Harris Fellowship Medal for Services to the Community by the Rotary Club Drummoyne, while also receiving the Canada Bay Citizen of the Year in 2009.

For their outstanding work within the community, Warwick Williams Real Estate has also recently been awarded by Canada Bay Council for 40 years of service in real estate in the Canada Bay area.