The Palm Springs home Elvis Presley stayed in on his honeymoon is for sale. Source: toptenrealestatedeals.com 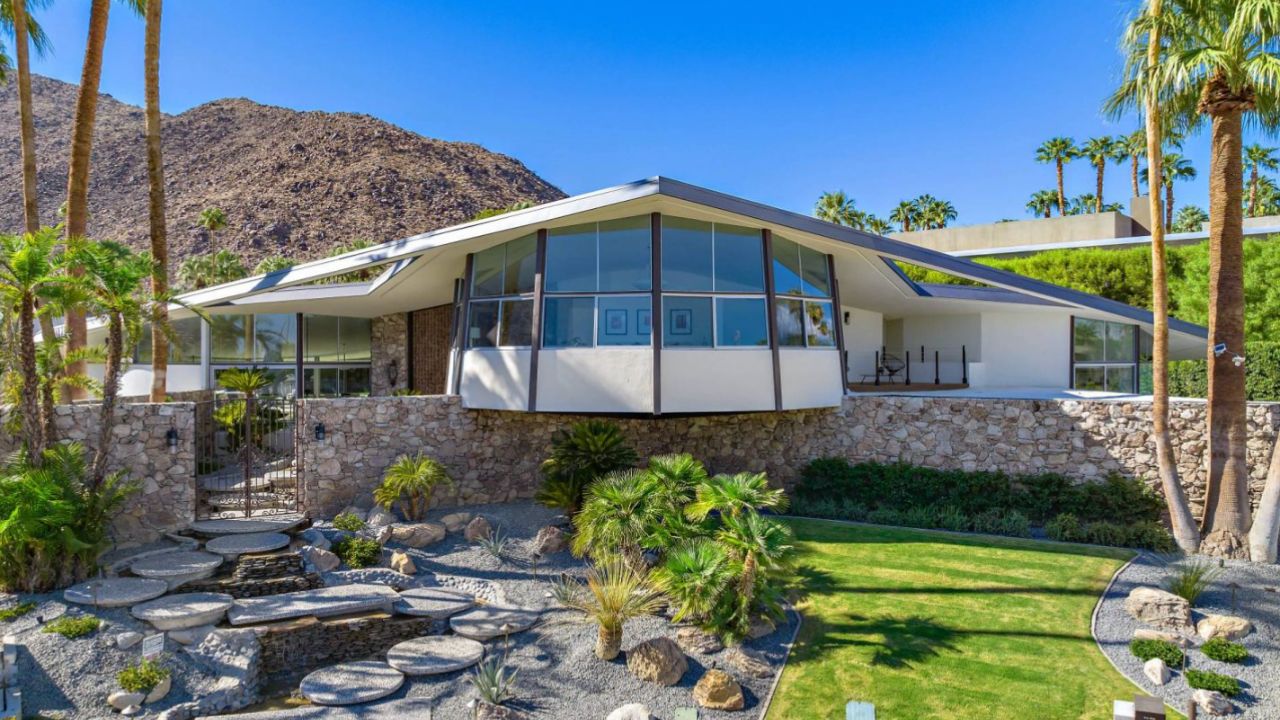 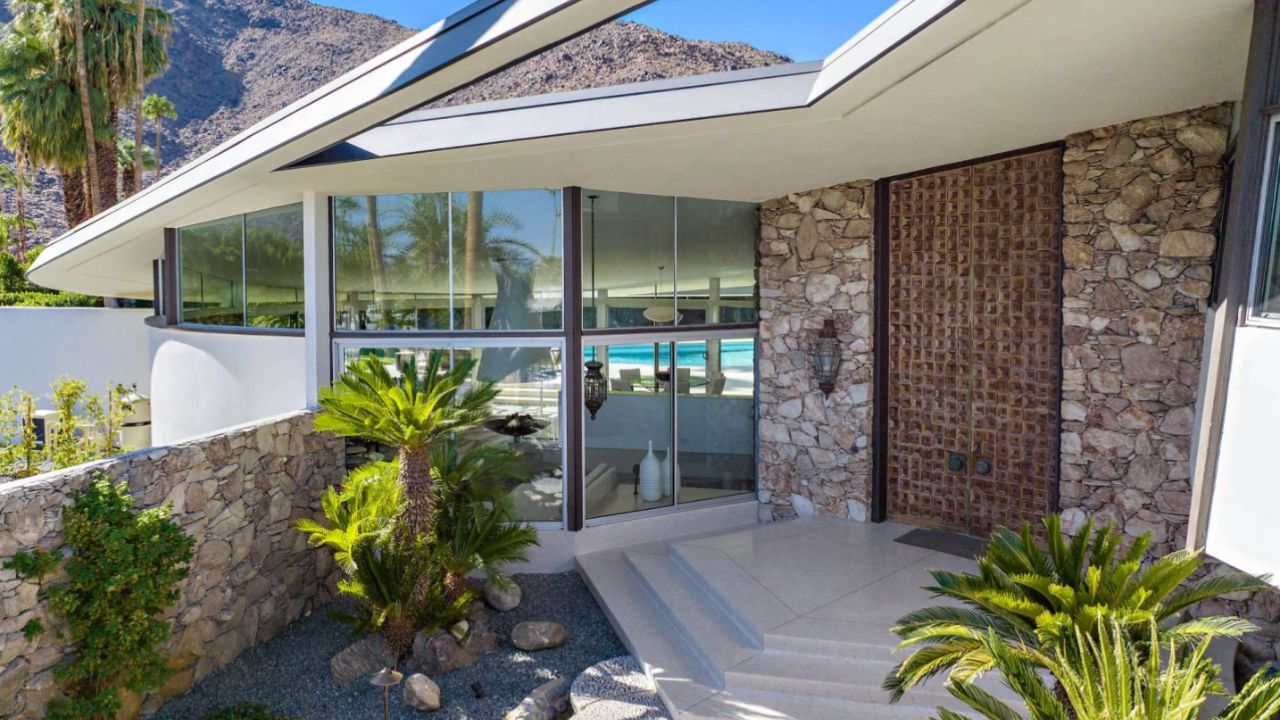 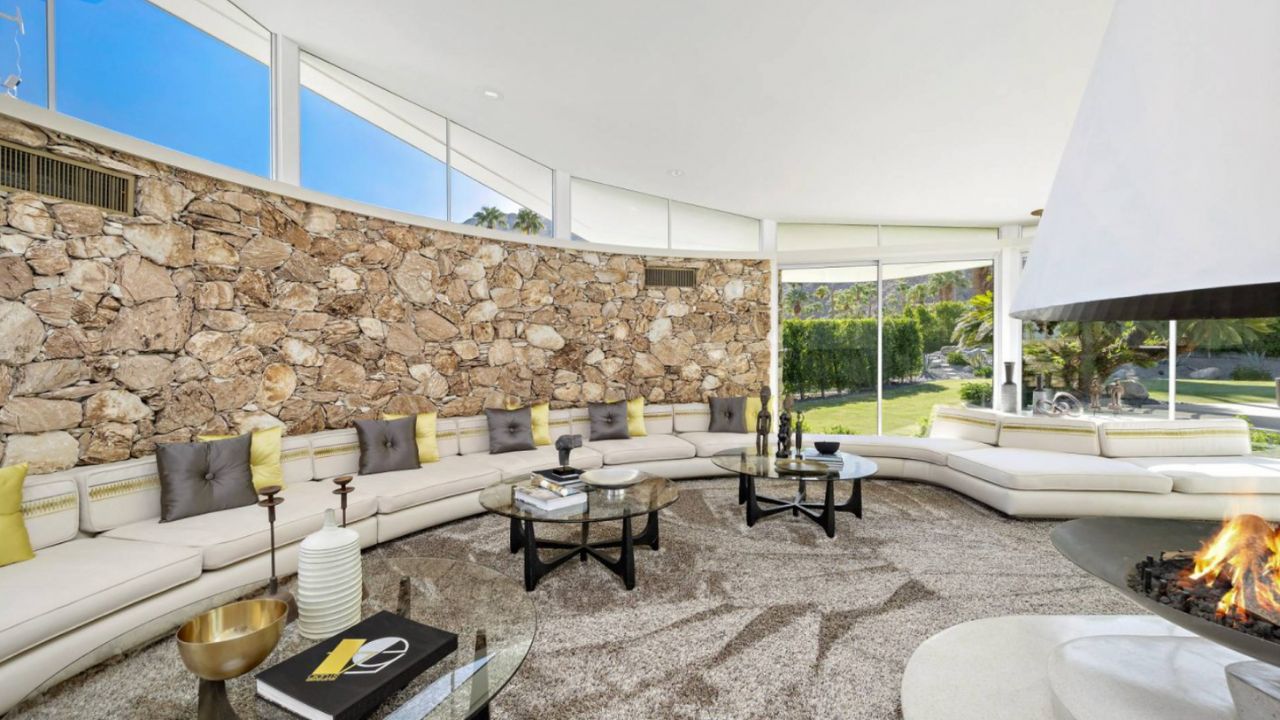 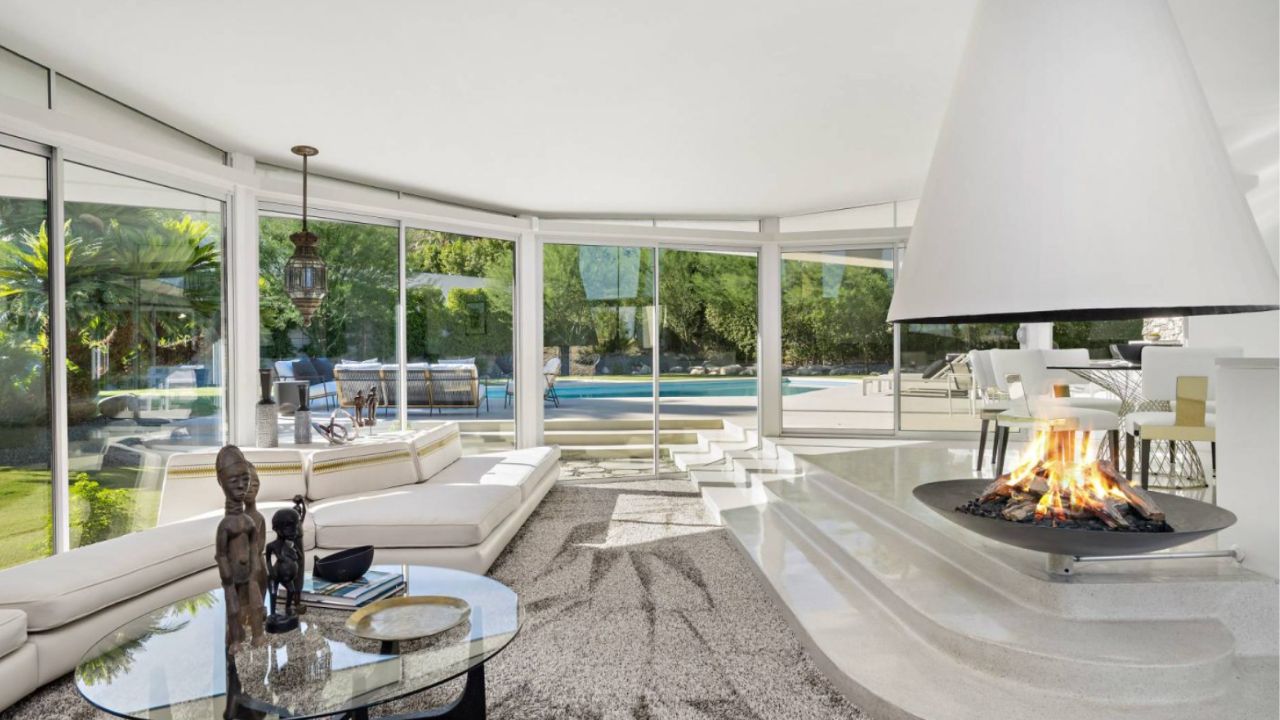 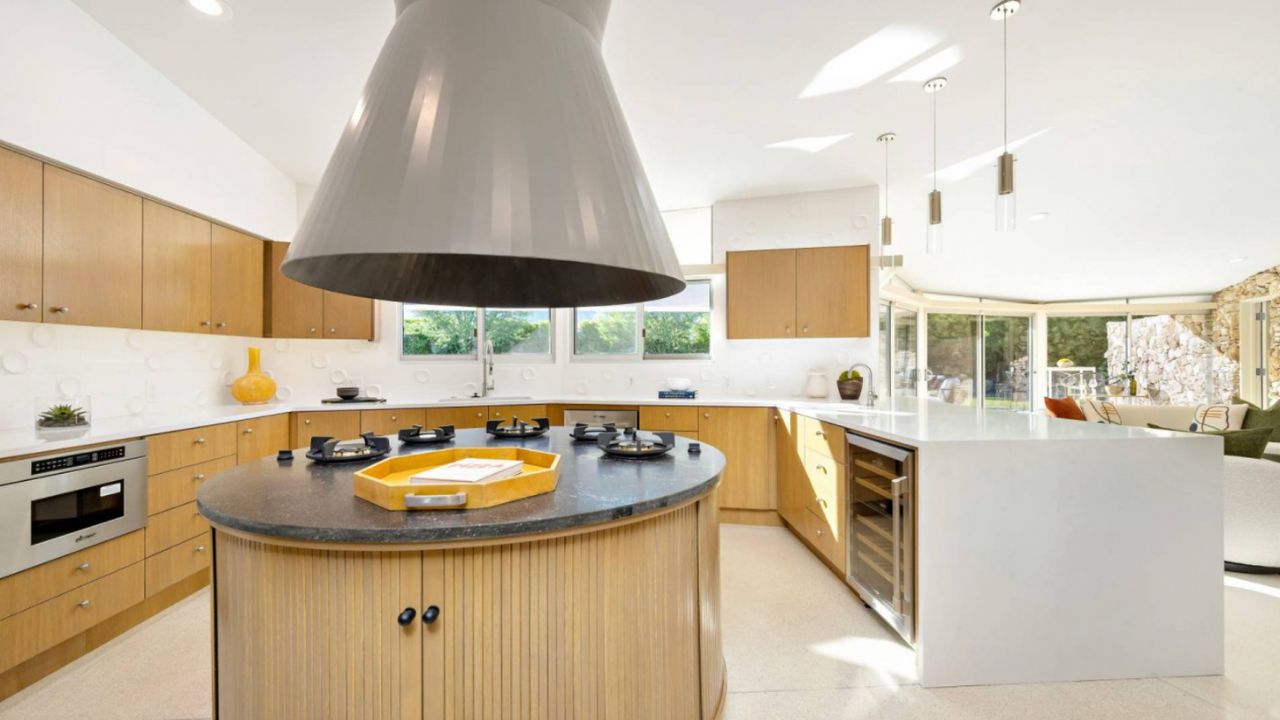 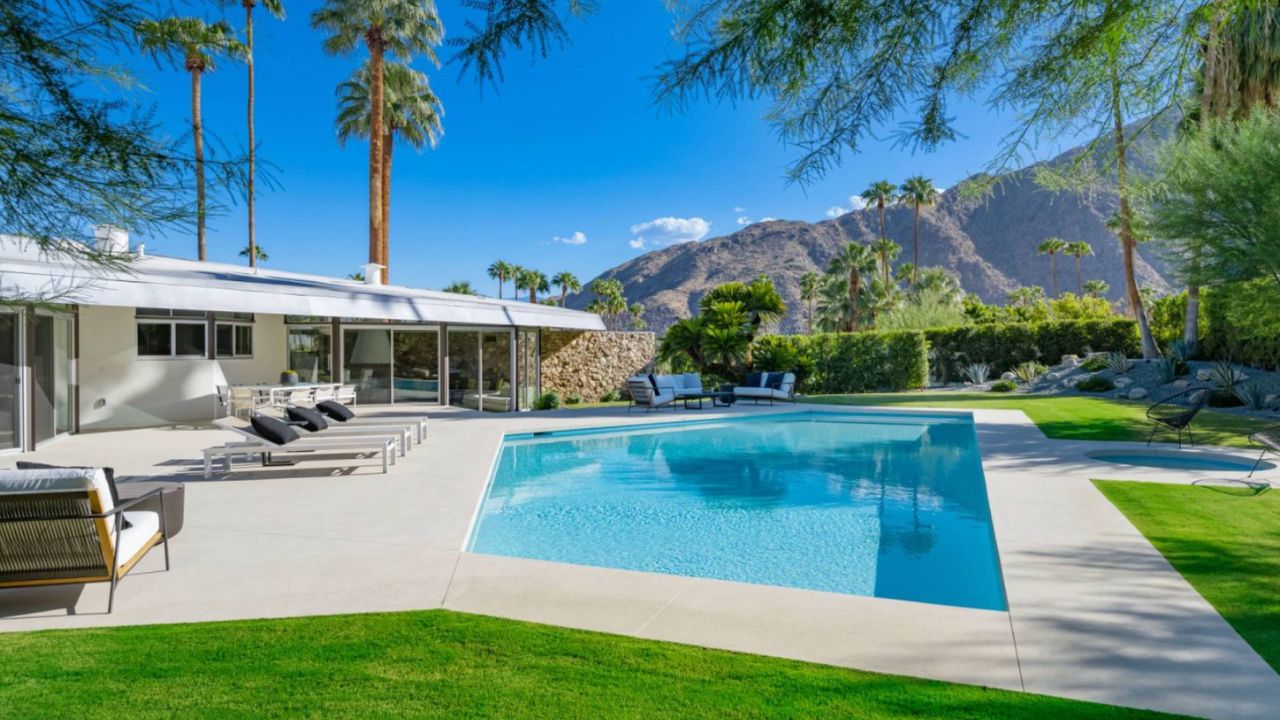 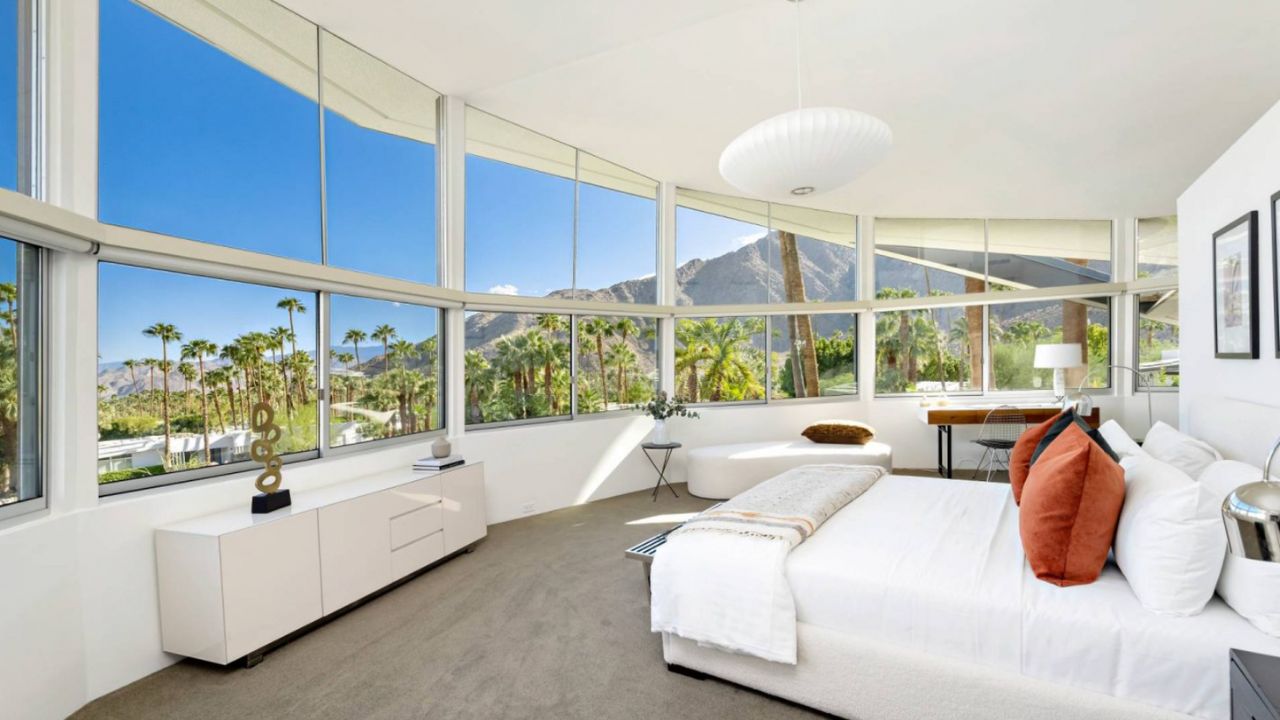 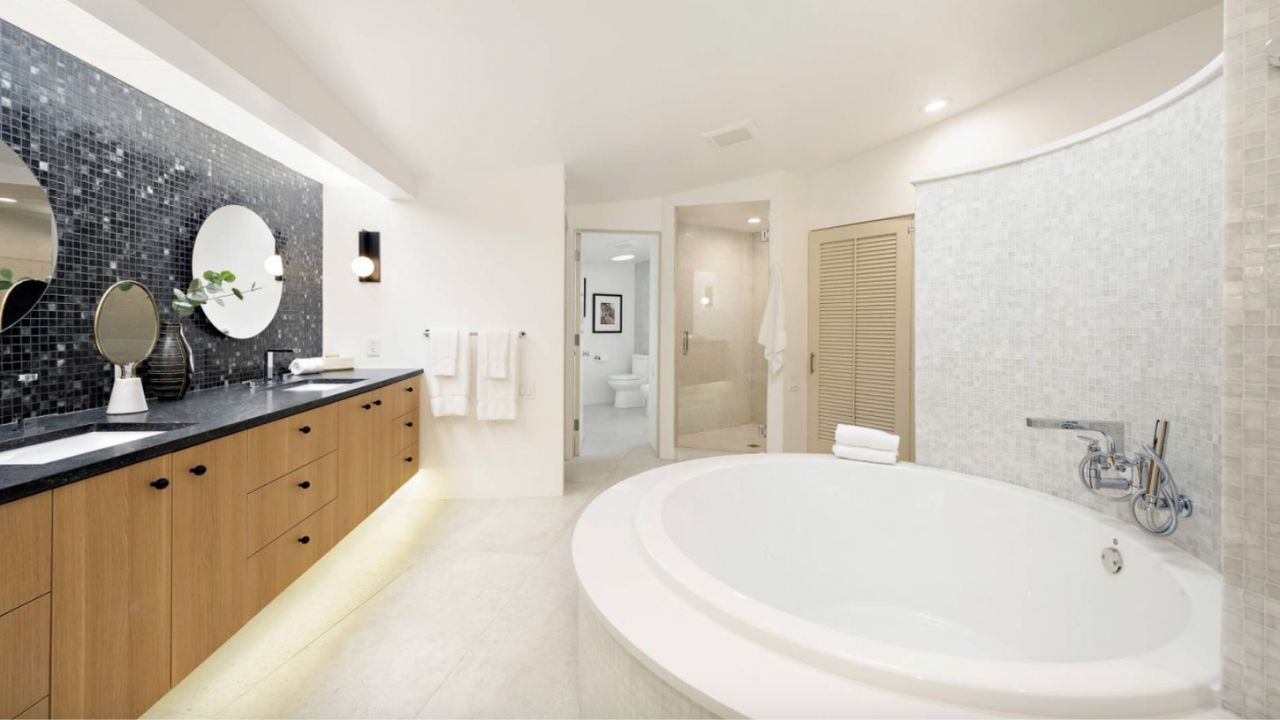 At the height of his fame in the 1960s, singer Elvis Presley chose to stay at a futuristic Palm Springs property, dubbed ‘The House of Tomorrow’ for his wedding and honeymoon.

According to toptenrealestatedeals.com, the famous property is now on the market for US$5.65 million after undergoing an extensive two-year renovation.

In contrast to the boxy-shaped homes of the era, the design of the futuristic property and features including an indoor kitchen grill, central vacuuming system, and wall-mounted radios, made it stand out from the crowd back in the 1960s.

Originally built in the 1950s, the 436sq m home is built on a grade, is cantilevered and boasts plenty of privacy for the main living areas.

In total there are four living areas across three levels, all with a circular design and featuring a curved wall of stonework.

The home has four bedrooms, five bathrooms and an incredibly spacious interior, which adds to the futuristic feel.

There’s also a fireplace in the centre of the main living area with a chimney that’s suspended from the ceiling, along with a sunken entertainment area, and walls of glass with mountain views.

Outside, there’s a private garden with palms and rocks and a swimming pool, as well as a lush lawn perfect for outdoor get-togethers.

Elvis met his future wife, Priscilla Wagner, during his service in the army and eventually proposed to her in 1966.

The singer leased The House of Tomorrow as both their wedding location and honeymoon house but eventually tied the knot in Las Vegas after the press swarmed the property.

They eventually flew back to Palm Springs and spent four days at The House of Tomorrow.