The full impact of foreign investment on Australia’s housing crisis is yet to be seen across the Eastern seaboard according to Douglas Driscoll, CEO of Starr Partners.

Scores of foreign investors are acquiring property in desirable metropolitan areas only to leave them uninhabited, estimating the number of unoccupied dwellings in Sydney to be more than 200,000.We know that the current affordability crisis is a matter of simple economics – demand heavily outweighs supply. Foreign investors are only exacerbating the problem by buying properties and leaving them vacant.

In 2011[1] , there were almost 120,000 unoccupied dwellings in Sydney alone. In the six years that have followed, foreign investment in property has risen exponentially and completely transformed the market. From my own rudimentary research, I truly believe that the recent advent of foreign investment has contributed to this figure almost doubling. Foreign investment in our property sector only gained genuine momentum in 2012 and in just a few short years we are already seeing 10-20 percent of property being sold in some pockets to offshore buyers, which leaves a lot of Australians on the sidelines.

Foreign investment is not the elephant in the room, it is a heard of elephants in the room, and more needs to be done. We need to start addressing the prevalence of empty homes and recognise its impact on the mounting affordability crisis. In the first instance, at the very least, these properties should be offered for rent, but if they were to hit the open sales market, it would certainly help alleviate the sparsity issue we are currently facing.

The solution: Financial penalties or property taxes on unoccupied dwellings 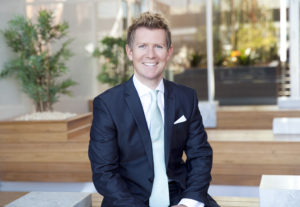 The high level of developments in Sydney have presented a smorgasbord of choice for offshore buyers, given non-residents can only purchase new or off-the-plan properties. I believe that a percentage of dwellings within all new developments should be sold to Australian residents and even further, a percentage or better incentive to first home buyers. I am thrilled to see property developers taking note and introducing initiatives to help first home buyers, and make property buying more attractive. Mirvac recently announced it will offer 60 of its most affordable apartments at its new development in Sydney Olympic Park exclusively to first home buyers, as well as allow them to purchase with a five per cent deposit[2].

While first home buyers are struggling to get their foot on the ladder, second- and third-time buyers are often overlooked as they are also finding it hard to take the next step up on the ladder with the current level of competition amongst non-resident buyers, particularly given Sydney now has more suburbs with properties at a median value of $2 million than it has suburbs with properties under a median value of $600,000[3] .

While residents struggle to purchase, offshore buyers have properties lying dormant. Investors don’t get capital gains tax concessions if the property is uninhabited for more than 12 months, which is a good start, but what about non-residents? I think the Government should introduce significant financial penalties or inordinate property taxes for any property owned by a non-resident that is known to be empty for more than 12 months – to put unoccupied properties back on the market for residents to purchase or rent.

Holiday homes aren’t the problem here, because quite often they are located in regional areas outside of our metropolitan cities most affected by the affordability crisis: Sydney, Melbourne and, to a less extent, Brisbane. Offshore buyers purchase property in our metropolitan areas because they are perceived as high growth areas, but also because we have the highest living space per capita than anywhere else in the world.

We are an appealing and desirable location for many reasons, but the fact that we have larger homes certainly represents good value to foreign investors. On average, an Australian home has 89 square metres of floor space, while a country like China has about 33 square metres of space[4], for example. While Australia clearly doesn’t have the same population size as China, Sydney is quickly growing, with an estimated population size of almost 10 million expected by 2036. To meet this, we will need more than 700,000 new dwellings and detached dwellings are going to become a rarity because Sydney can’t grow too much more outwards without improved infrastructure to make commuting to central business districts achievable. Currently, the only way forward is upwards.

Recent data from CoreLogic revealed investor mortgage demand is showing no signs of cooling, with the value of monthly investor mortgage lending in NSW higher than any other part of Australia, at $6.8 billion (in December 2016). When you look at this on a national level, NSW accounts for half (49.6 per cent) of all investor mortgage finance[5]. Such a strong level of investor interest in Sydney is pushing up the price of our dwellings and it’s time for Government intervention to reduce this.

I’m certainly not against foreign investment or property investment as a whole, but I do believe it has led to the market becoming hugely out of kilter, causing a multitude of social and economic issues. We need a thorough review on this because the social divide will only continue to grow. Almost $7 trillion of our entire economy is related to real estate, and while I acknowledge that foreign and local investment has played a pivotal role, it shouldn’t be at the expense of the everyday Australian. It should remain the right of all Australians to acquire property as part of a wealth creation strategy, but not at the detriment of owner-occupiers; so property investment might need to be reined in with new regulation and restrictions. I truly don’t believe we would be so deep in a housing affordability crisis if we had this under control.

Elsewhere in the world, there is mounting pressure on other Governments to tackle housing affordability. The UK is seeing an almost vigilante-type movement in the Autonomous Nation of Anarchist Libertarians, who are attempting to take matters into their own hands because they believe the Government is idly sitting back. 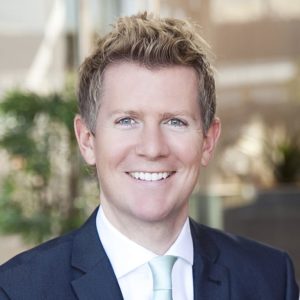