A RateCity.com.au analysis of over 30 key economic indicators overwhelmingly point to interest rates on hold in November with the Board tipped to sit tight as they monitor global economic movements. 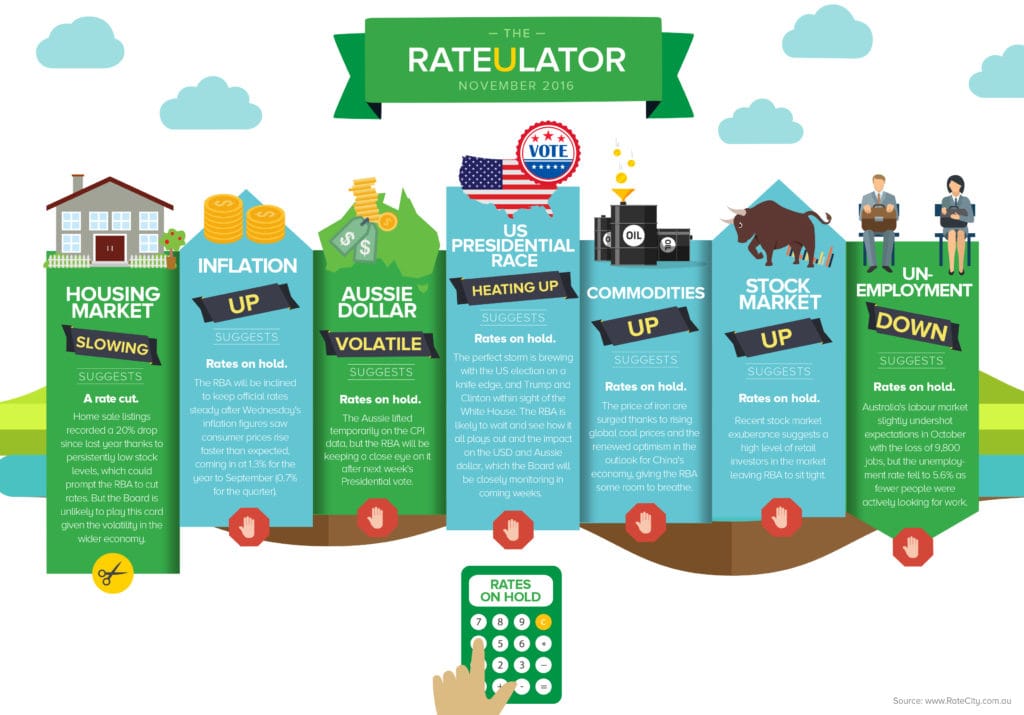 “The RBA will be inclined to keep official rates steady after Wednesday’s inflation figures saw consumer prices rise faster than expected, coming in at 1.3 per cent for the year to September and 0.7 per cent for the quarter,” he said.

“Both measures mean the inflation rate still sits below the RBA’s target of between 2 and 3 per cent, which in theory could give the RBA impetus to move.

“But the Board is likely to sit tight tomorrow is unlikely given the already record-low interest rates and mounting global economic influences.

“The perfect storm is brewing with the US election on a knife edge, and Trump and Clinton within sight of the White House, which is expected to cause further volatility for our currency.

“The Aussie dollar lifted temporarily on the CPI data, but the RBA will be closely monitoring it following next week’s Presidential vote.”

With this month’s RBA announcement timed to almost coincide with the Race that Stops the Nation, we suspect the numbers of announcements on Facebook with be less than usual!