“Don’t call me, I’ll call you.” Over three million Australians say they love being able to contact others via mobile phone whenever and wherever it suits—but don’t enjoy being contacted themselves, Roy Morgan Research shows.

When it comes to their mobile phones, 14.2 million Australians aged 14+ (72%) agree, “I love being able to contact my friends wherever I am”.

But only 10.8 million of them also agree, “I enjoy people contacting me on my mobile phone”. That leaves the 3.4 million who are more than happy to call others at their own personal convenience, but are not always keen to pick up.

Almost another million (unusual) people enjoy being on the receiving end, but not contacting others, for a total 60 percent of Australians overall who enjoy people contacting them on their mobiles. 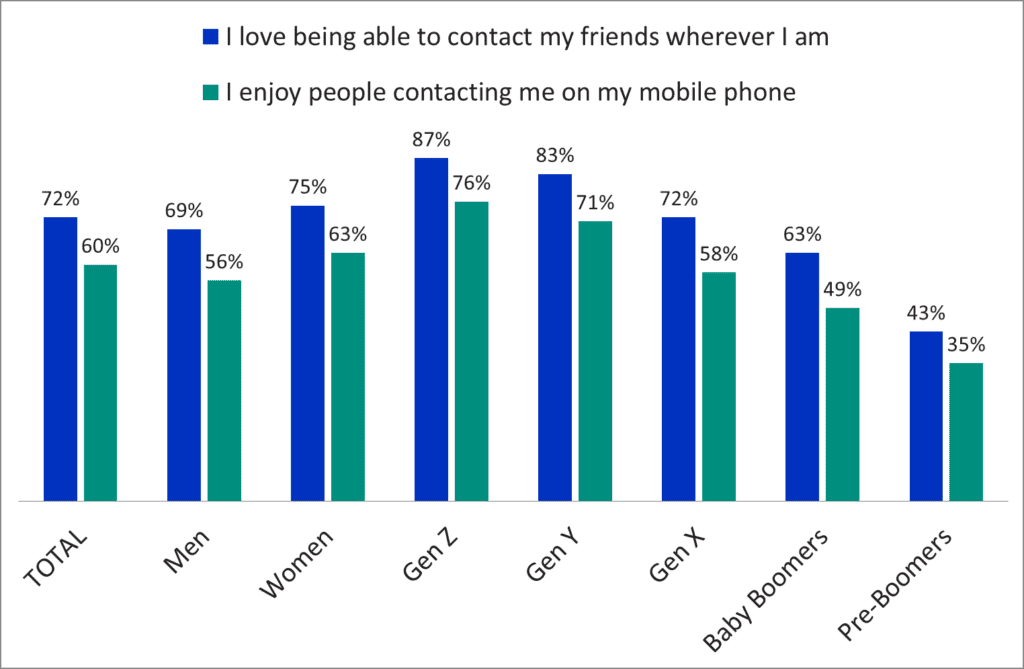 The gap between wanting to be the caller or receiver exists across gender and generations. Women are more likely than men to enjoy contacting others (75 percent vs 69 percent) or being contacted themselves (63 percent vs 56 percent).

“Communication is a two-way street, but many Australians prefer staying on the more personally convenient side. We all know some friends and family members who never quite manage to pick up when we call or reply directly to messages.

“Even among the 12 million who enjoy being contacted on their mobiles, 75 percent say they like having the ability to screen calls.

“Mobile phones are all about convenience, but it’s important to understand how different types of consumers react to being accessible wherever and whenever they are. The broader issue isn’t only the evolving nature of interpersonal contact, but the impacts of having information, entertainment, and shopping literally at hand 24 hours a day.”