Business needs certainty. It enables sound evidence-based commercial decisions to be made along with the ability to plan ahead.

And there is no business that affects more people in Australia than real estate.

The sales agents and property managers who work in the industry are a mere drop in the ocean compared to those with a personal financial stake in property; the home owners whose life savings are tied up in the family home, investors building a nest egg or drawing income, tenants paying an increasingly large proportion of their income to keep a roof over their head.

So, when Reserve Bank Governor Philip Lowe shattered the certainty of low interest rates until 2024 it’s no wonder the market got the wobbles.

To be fair, his assurance came with a small print caveat around inflation, but he has felt the wrath of a populace whose decisions were based on a certainty that was anything but.

No thinking person expected rates to remain at near zero levels forever but timing is critical to decisions around the transaction of property.

Since the first rate rise in April we have had to get over our feelings of being misled and settle in to a new certainty that lender’s interest rates, which are higher than the cash rate, will keep going up until they hit around 7 per cent.

It won’t be comfortable for those who borrowed heavily to enter the market but at least we know the lay of the land for any future decisions about whether to invest or divest.

We’ve seen uncertainty impact the market many times before and then find its groove.

The GFC threw financial and property markets into chaos but calmed when it became apparent that Australia would ride it out better than most with government pumping in stimulus and exporters hitching a ride on China’s booming economy.

In the period before the 2019 election, when a Labor victory seemed assured and negative gearing on the ropes, the market stalled.

The post mortems on Scott Morrison’s three years in power have not been kind but the certainty around the tax treatment of property provided an instant boost to confidence and resuscitated the property market.

Covid thrust the entire world into a state of alarm which saw the real estate market grind to a halt, not only due to restrictions on movement and gatherings, but because nobody could predict the full impact of a global pandemic.

Once certainty was restored, that the government would intervene to protect wealth and jobs, the market took off, reaching unsustainable levels.

Yes, some have profited handsomely from this crazy ride but it’s been a little like watching a speeding train knowing it’s going too fast to handle the next curve.

The brakes have now been applied and without cheap money fuelling a supercharged market we can settle in for a more sedate ride.

But there are other uncertainties that still could stymie a gentle market recovery.

Unemployment is at an all-time low and we’re grappling with a shortage of workers, an issue we have chosen to address in our usual manner by increasing immigration levels.

However, it would be premature to think that the worker shortage is instantly resolved because the cap on immigration has been raised.

We are in a global competition for talent and our past treatment of skilled workers from overseas who came to Australia on the promise of a job and a new life is not a great advertisement for future migrants.

The backlog of visa applications for permanent residency is a national shame.

There are skilled workers in this country who have been waiting up to 10 years for permanent residency applications to be processed.

Others couldn’t get a flight or raise the extortionate price of a one way ticket out.

Those who remained make a vital contribution to the workforce but while their visa status remains unresolved, uncertainty is a constant and the cost of remaining here is a continuing drain.

While we get the benefit of their labour and contribution to taxes there are no entitlements such as free public schooling or child care subsidies.

Their ability to purchase property is severely constrained with many lenders requiring a deposit of up to 40 per cent along with FIRB approval.

Let’s hope the Albanese government is as good as its word and lends urgency to the task of clearing the backlog of visas.

Giving certainty to hundreds of thousands of people living in limbo in Australia is not only humane, it’s at least part of the solution to a few of our current problems. 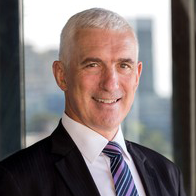