A Melbourne-based real estate agent has just applied to be recognised as the fastest selling realtor in the world by the Guinness World of Records.

Zed Nasheet of LJ Hooker Hampton Park told Elite Agent that he had put in an application for the World Records’ feat two weeks ago after selling a three bedroom, one bathroom house in Victoria within 15 minutes to a local investor.

“This is the fastest sale I have ever made,” he said.

“The results (of the Guinness World of Records application) will be out within a month,” he said.

Nasheet explained the organiser would have to do their own research on him first to ascertain whether he was worthy of the certification.

He added that 80 percent of his overall stock were sold within a single day in the last two years while the longest sale took four months to complete. 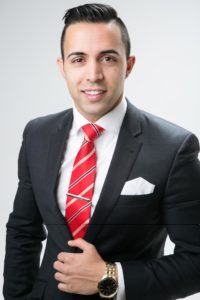 “I have lost count on the number of houses I have sold and I remember selling a million dollar property in half an hour and the fastest one would have to be a 15-minute sale that I made two weeks ago. Most of my houses are not sold on the Internet, it’s sold off the market,” he said.

“I have a good pool of buyers and they are constantly in touch with me. I can sell a house anywhere in Australia and not just in my area, and I believe most agents should be that way,” he said.

Nasheet who has been in the industry since 2009, has been labelled as one of Australia’s fastest selling agents and in the past has been featured on Channel 7 and Channel 9 for getting outstanding results.