We have come off the sharpest rise in house prices ever recorded to now being greeted with the sharpest increase in interest rates since the 1980s. Despite this, house prices are not falling by as much or as quickly as you would expect. At this point, it is looking like we may not even get to a 10 per cent fall in Australian house prices and certainly nowhere near the 30 per cent decline that some are predicting. Given the circumstances, why are prices remaining so sticky?

Australian house prices peaked in March 2022, after having increased 41 per cent through the pandemic. Since May 2022, we have had a cash rate every month, increasing it from 0.1 per cent to 3.1 per cent. Despite the unexpectedly fast increases in interest rates, very high debt levels as a result of strong price increases and a cost of living crisis, house prices have only fallen 4.5 per cent since the peak.

The property market is not just one market and there are some parts that are seeing bigger falls than others. Sydney leads the way with prices having fallen by 10.2 per cent since February. Meanwhile, Darwin, Perth and Adelaide have barely moved with prices declining by less than 3 per cent this year.

At an even more localised levels, there are places where prices are still increasing. These include a number of regional parts of Western Australia, South Australia, Victoria and NSW. Mandurah and the north-east of Perth have also not recorded a decline this cycle. Interest rates are clearly impacting most of Australia but in some places local economic factors are playing a greater role. 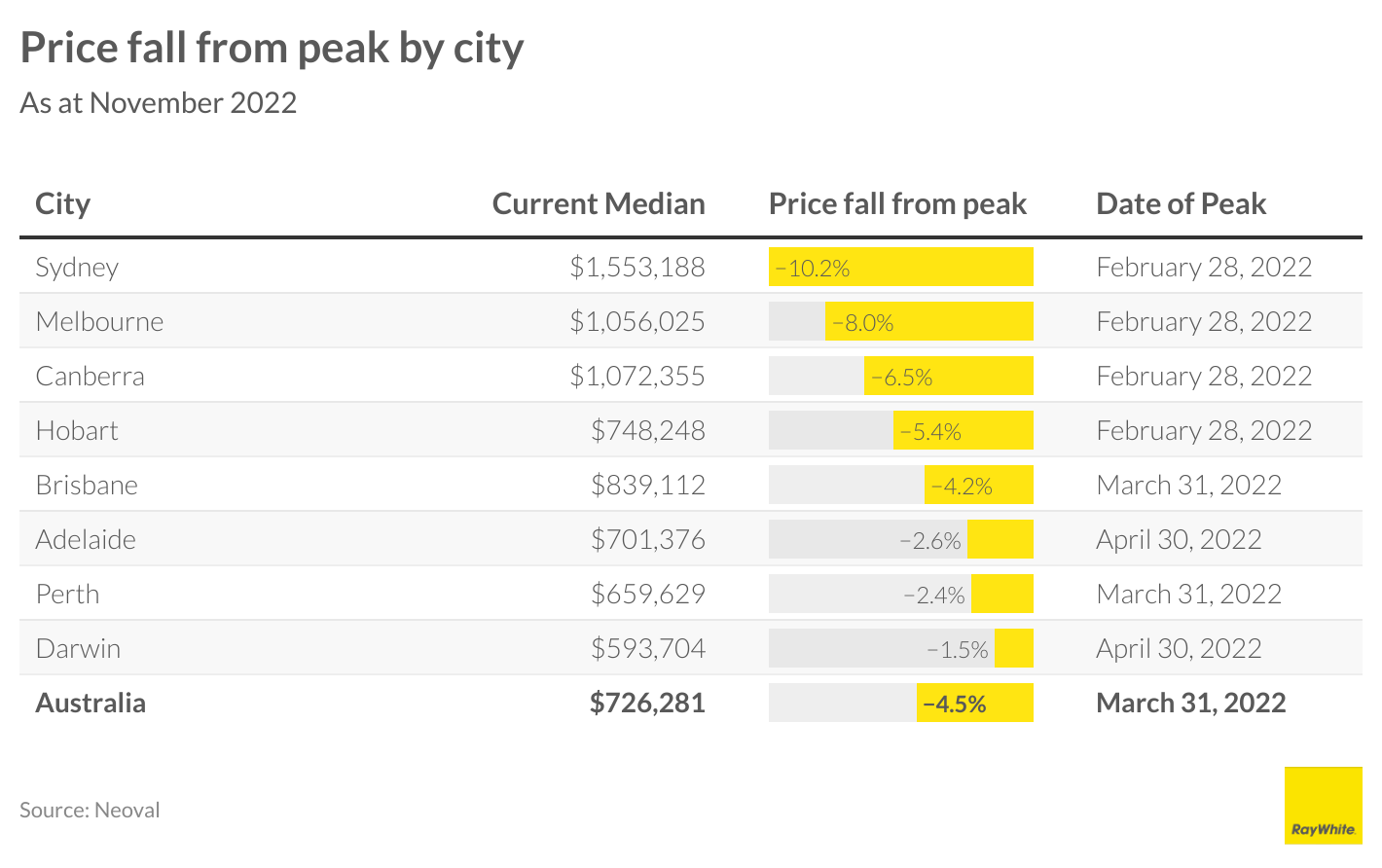 Given the high inflationary, rapid interest rate increasing environment, why aren’t prices moving down all that quickly? The complexity of housing markets is at play. Broadly, high debt Sydney is far more susceptible to interest rates while cheaper Adelaide is less so. Many parts of Western Australia are doing well from mining and continued good conditions in agriculture, particularly wheat.

Population growth is accelerating, putting pressure on housing demand. Meanwhile high construction costs are pulling back on the supply of housing. Right now, this is most apparent in rental markets but is a balancing item to interest rate rises in some locations.

Although many people are starting to feel the pinch with increasing interest rates, as well as high inflation, we are yet to see this flow through to distressed sales. Prior to the interest rate rises, borrowers were assessed on being able to pay 3 per cent over their mortgage rate. We have now hit that 3 per cent rise but banks are profitable and well capitalised. As a result they are in a good position to assist people who are struggling with high debt levels. Unemployment is at a 50 year low and most people can readily find jobs.

And then there are just a lack of properties for sale. So even if theoretically you could get a home a lot cheaper in many parts of Australia, sellers are sitting on their hands and waiting out the uncertainty. Properties for sale are now down over 10 per cent from last year. It is hard to find a home to buy.

While we still haven’t seen a sharp decline across Australia, prices may still fall. While inflation appears to be coming down, we may still see more interest rate increases next year if it fails to come down quickly enough. Unemployment is very low but is expected to start to rise next year as the economy slows. The high levels of uncertainty are expected to continue into at least the first quarter of 2023. 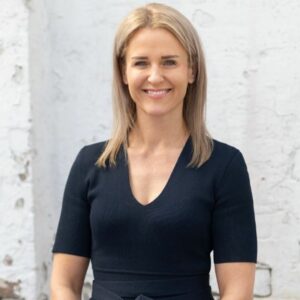