Pino Monaco has been elected National President of the Housing Industry Association (HIA), the official body of Australia’s home-building industry.

Mr Monaco’s involvement with the HIA started over 30 years ago. He has served on various HIA committees and task forces at a state and national level as a committeeman, Vice Chair and Chair.

Mr Monaco has been a long-serving member of the WA Regional Executive Committee. Following two years as Vice President, he was President for the HIA WA region from 2005 to 2007. At the conclusion of his WA Presidency, he joined HIA’s National Board of Directors in 2007.

He succeeds former National President Ross Lang, who completed his term in May this year. 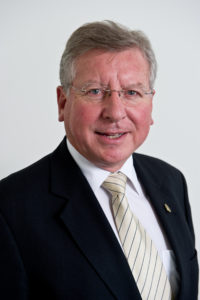 “It is a great honour to be elected National President and I look forward to the challenge of leading this great organisation and building on the significant legacy of the many distinguished Presidents that have gone before,” Mr Monaco said.

He is aware of the challenging times ahead for the housing industry, including training issues, fixing a ‘nearly broken’ planning system and confronting the issues of housing affordability and lack of appropriate housing supply.

Mr Monaco is a director of the Perth-based GV Lawyers, heading up their commercial litigation team.