You can take the boy out of Queensland, but you can’t take Queensland out of the boy.

The sunshine and lifestyle attractions of the Gold Coast have lured back Mitch Palmer, who is heading up the new Ray White Mermaid Waters after spending six years as an agent and auctioneer in Melbourne.

Mr Palmer has joined forces with Ray White Broadbeach director Larry Malan, who has owned the Broadbeach franchise since 2011 and is an award-winning business.

Born in Cairns but having spent more than 30 years on the Gold Coast, Mr Palmer knew he would be back.

“It’s the start of a number of things for me. Family requirements have become more important to my wife and me, and that’s all part of it,” said Mr Palmer, who started with Ray White in 2002.

“We have a little two-year-old boy, and in the three or four weeks that we’ve been back, he’s taken so well to the move. In the back yard, he will turn on the hose and play in the garden, whereas in Melbourne with the cold he wouldn’t dream of it!”

Six years is a long enough time for the Gold Coast to see significant change, with a boom in development and infrastructure attracting more international buyers, Mr Palmer said.

“In the Gold Coast, the clientele we are dealing with are investors in the unit market or lifestyle seekers looking for a holiday home. We also deal with a lot of locals upgrading or downsizing. 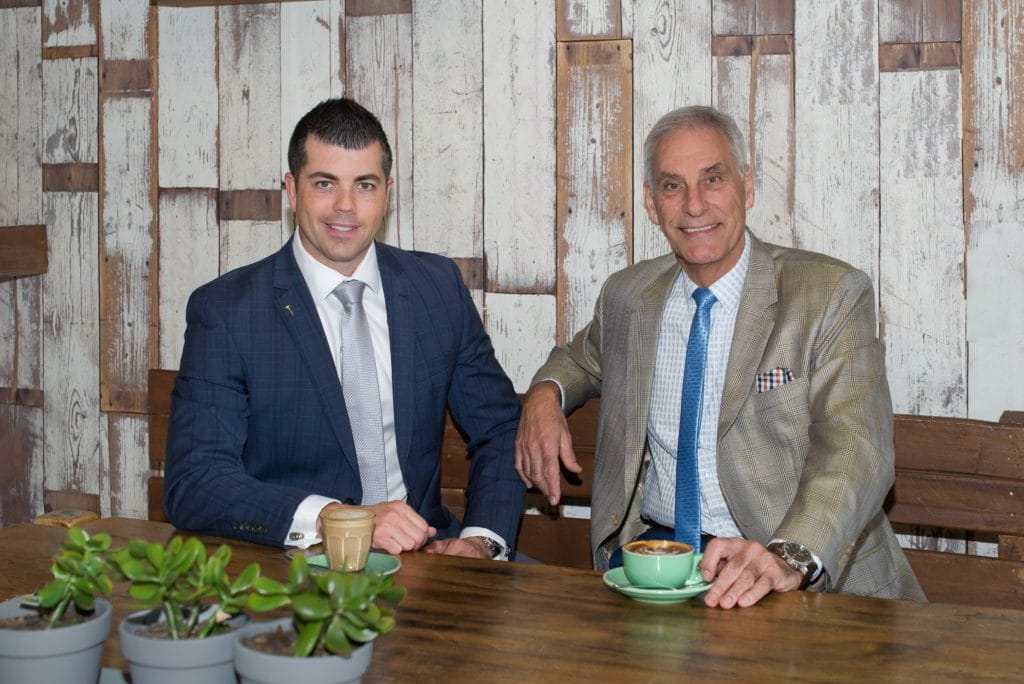 Property hold times are a big factor that differentiates the Gold Coast market with the more traditional Melbourne and Sydney markets.

“In Melbourne, I would sell homes for people who had lived in them for 40 to 50 years. In the Gold Coast, there tends to be a lot quicker turnover and much lower hold time… People tend to exchange property within five to seven years.

“I’ve noticed that there are Sold signs and boards on properties here on the Gold Coast that I had sold just before I left for Melbourne. Property is a bit more fluid on the Gold Coast. People are settling up here for retirement, for a sea change or for work opportunities.”

With strong internal migration to the Gold Coast, Mr Palmer sees the Gold Coast market going up at a time when Melbourne and Sydney markets are tapering off.

“We’ve always found the Gold Coast is 18 months behind Sydney and Melbourne. Owner occupiers and investors see great value in the area. Combined with infrastructure changes and great job opportunities, it makes the Gold Coast a very attractive place.”

Larry Malan echoes this sentiment. “We create mini-booms every time Sydney blows out,” he said.

“Interstate migration is still very strong, plus Chinese migration has been exceptional. I believe we have at least another year or two in this current boom if interest rates stay nice and low.

“In the last two to three months our interest from Sydney and Melbourne has doubled because those markets have slowed.

“Broadbeach has undergone immense change with spending by the casino; we have at least four to five huge new developments in the pipeline and we will sell them.

“I believe Mermaid Waters and Broadbeach are in for a phenomenal run in the next few years, and I’m really happy to see Mitch Palmer coming back to run the Mermaid Waters office.”