The number of individuals claiming a net rental loss has flat-lined over recent years according to recent data by the ATO.  CoreLogic research analyst Cameron Kusher provides commentary on the recent data.

The Australian Tax Office (ATO) released their taxation statistics for the 2014-15 financial year last week, and from a housing market perspective it provides some really valuable data on property investor behaviour.

The data also highlights that a relatively small proportion of individuals actually own an investment property, but the portion is growing. In the 2004-05 financial year, 13.6% of individuals claimed net rent. In 1994-95, the figure was 11.3%. 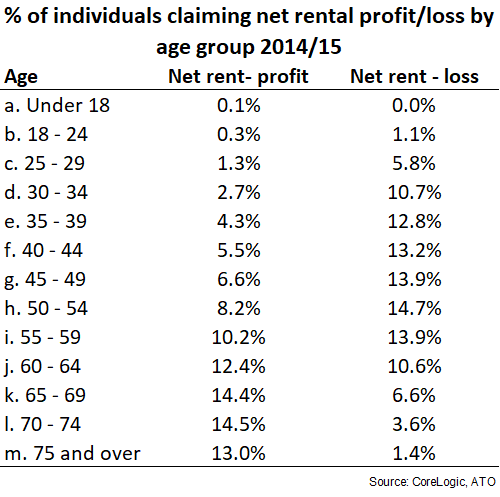 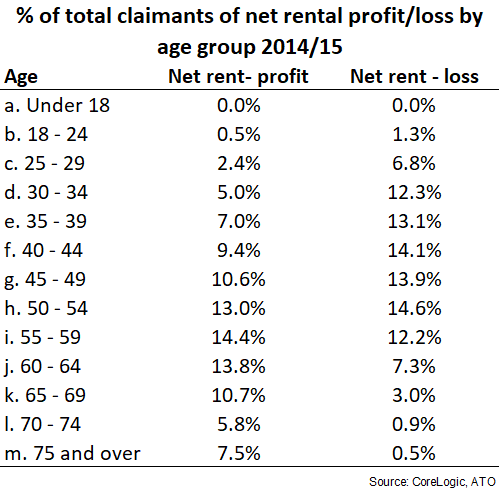 You might say this is the way negative gearing is supposed to work: owners of residential investment properties look to secure a positive net rental income from their investments as they enter retirement. 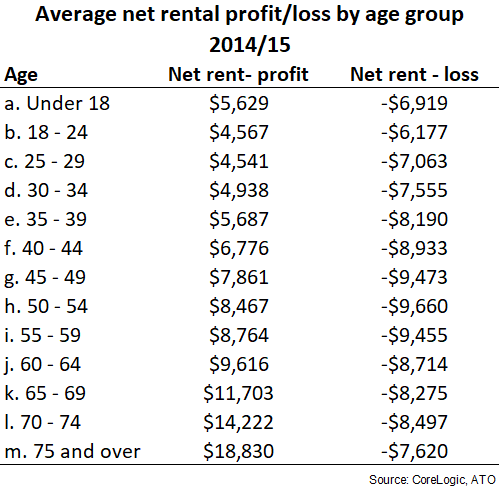 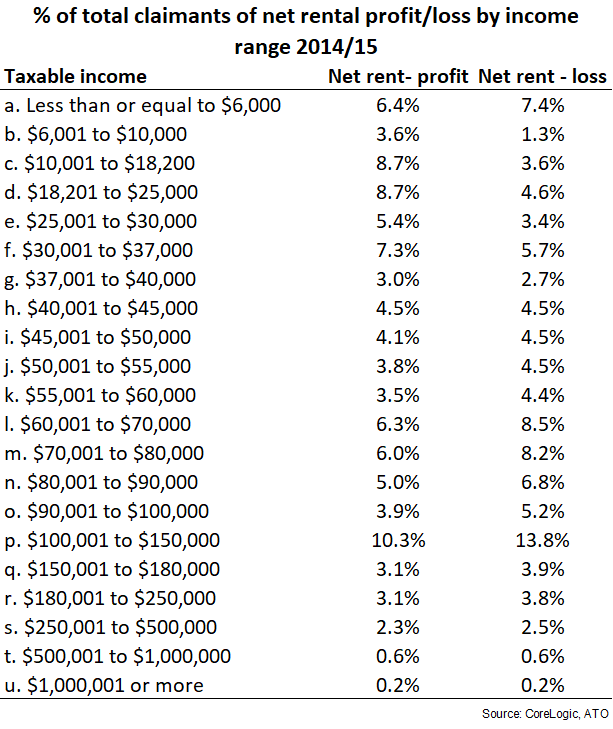 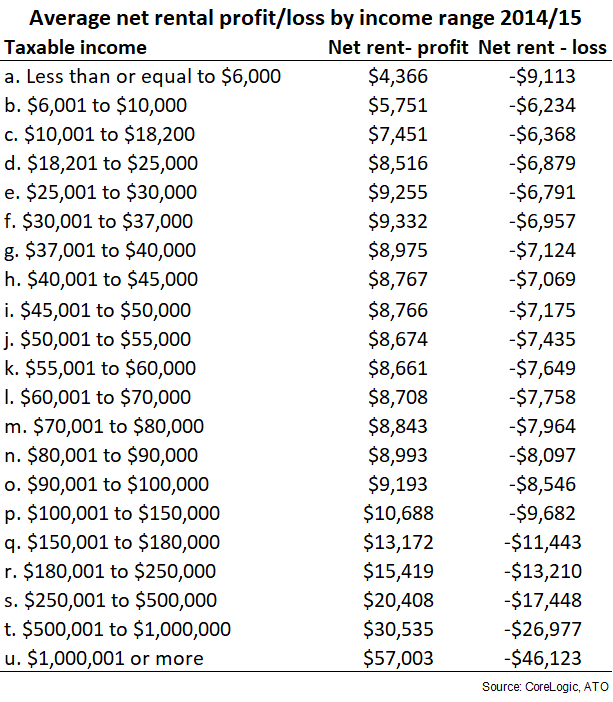 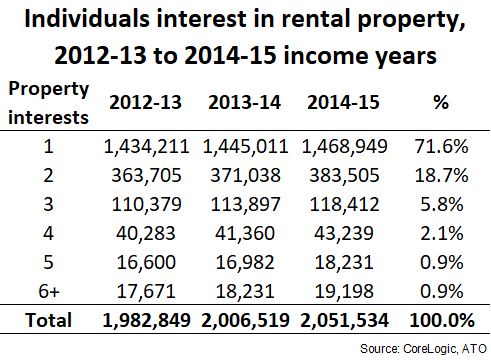 The data provides great insight into the characteristics of property investors.  The data shows that just under 16% of individuals are property investors and, over recent years, the number claiming a net rental loss has been relatively unchanged.  Furthermore, as interest rates have fallen, relatively fewer individuals are claiming a net rental loss.  As you would expect, people in the middle of their working life are most likely to be claiming net rental losses and older individuals are most likely to be earning a profit from their rental property.  Those on higher incomes tend to claim higher average net rental profits and losses.  Finally, for most Australians that own a rental property, they only own one. However, individuals with a greater number of investment properties have been experiencing faster growth than those with relatively few properties over recent years.

With interest rates having fallen even further since June 2015 we would anticipate that the total value of net rental losses has also reduced.  At the same time we have seen investment lending become more active since mid-2015. It will be interesting to see if that reflects a greater number of individuals owning investment properties, or those that already own investment properties buying more.  We will have to wait until next year’s data to see how this plays out. 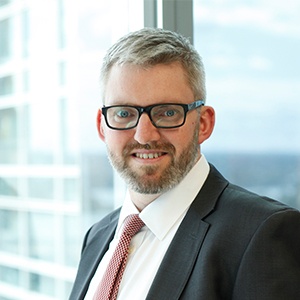