Residents living at Crown Group’s latest development Skye are in for a treat this summer as access to the $200 million tower’s rooftop pool has been opened to its occupants since last week.

The pool holds 168,000 litres of water, uses about 100 cubic meters of concrete and 28 cutting-edge “springs” which defuses the sound of water from being heard in all of its 242-apartments.

“When we launched Skye in 2013, I envisioned it would become a vibrant architectural sculpture in North Sydney home to more than one hundred new residents, and today that vision is a reality,” Sunito said, adding that pool was a hit among its occupants. 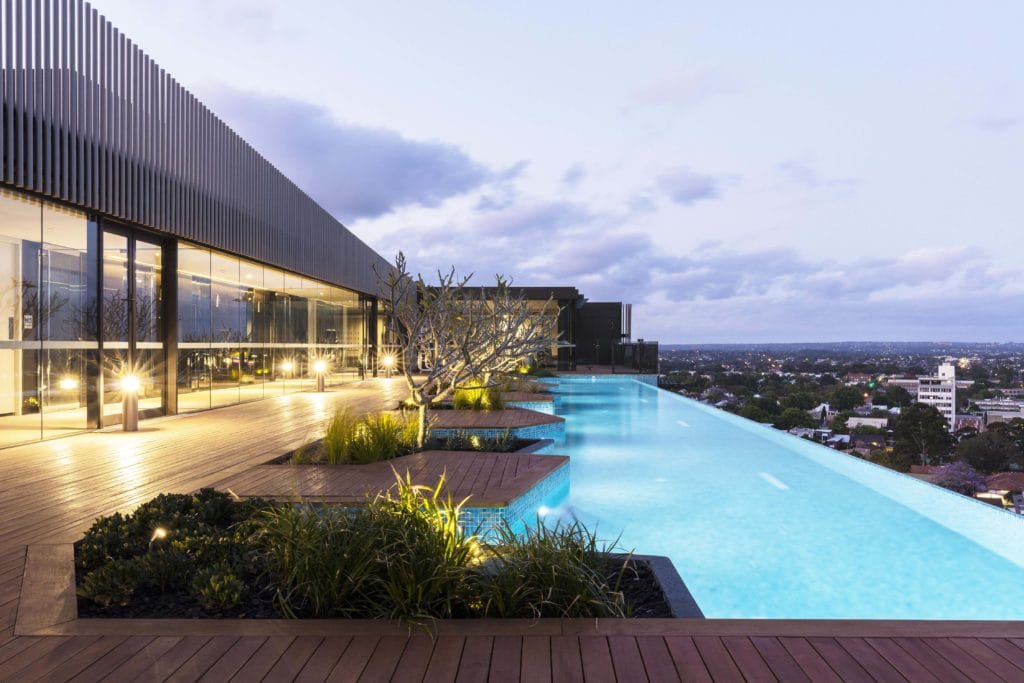 “It is rare to find a wet-edge infinity  pool like this in a residential apartment building.”

“Rooftop pools of this calibre are usually only found in top international hotels,” he said.

Meanwhile, Takada said the rooftop pool was designed to mirror something beautiful as well as functional at the same time.

North Sydney mayor Jilly Gibson said news on the completion of the building which would be home to hundreds of new residents was a welcoming feat.

“More and more of our residents are embracing an apartment lifestyle,” Gibson said.

“A development of this calibre is a most welcomed addition to our growing CBD,” she said.