“It’s a real honour to win the competition and be recognised as No.1 in Tassie,” said Andrew, who entered the competition last year and was thrilled to take out the title for the first time.

Andrew has been involved in real estate since 2001, selling hundreds of properties since.

“It’s tough for the Tassie guys when you are up against East Coast agents that do literally hundreds of auctions each year, and down here in Tassie we might do just 15-30.”

Andrew said he has attended a number of auctioneering seminars over his 16 years as a real estate agent but his passion for auctioneering means he does lots of research and practice. 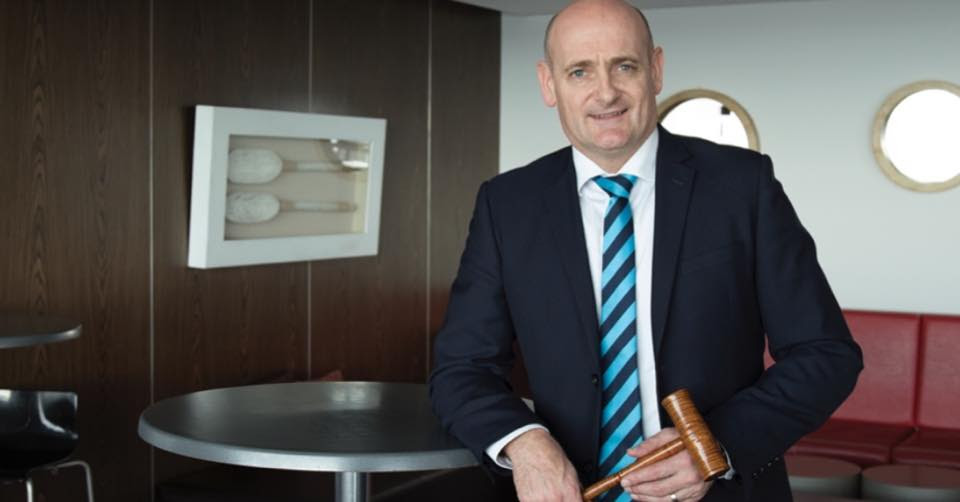 “I do a bit of homework online, watch others and livestock auctioneers in America and try to get something out of those guys. There’s always something you can pick up from someone. Leading up to the comp there is number exercises I do to keep the rhythm and I practice in the shower or car,” he said.

With the small Burnie market in the north-west coast of Tasmania, Andrew wishes he would have the opportunity to do more auctions. He has conducted successful auctions on his past five sold properties but sometimes the auction turns into a negotiation with an interested buyer. He said, however, there is the odd property that doesn’t get much traction.

“I’ve had strong results at auctions where there are only two or three bidders. But, it can be unpredictable sometimes. But no doubt, auctioning is the best thing I do in the job. I also list my own properties but auctioning is the most rewarding thing to do.

While auctions are extra work for the agent, Andrew says the work pays off.

“It’s fairly nerve racking for a seller, and can be intimidating, so you have to put a lot of time with buyers and time with vendors to educate them along the way. So in that way, it can be fairly labour intensive.

“But it pays off because an auction is the strongest possible contract you can present to your vendors. I like it for that reason. It’s nice to see buyers squirm a bit and see the seller in control,” he said.

“You have to try and not be off-putting to punters, that you are on their side to some degree. I do like to put in a bit of humour, little one liners that help in starting the process.

You also need a certain amount of confidence, you have to be able to think quick on your feet and be in control.”

The event was conducted in front of 140 members from around the state. REIT CEO Mark Berry said it is the largest crowd that the Auctioneering Competition competitors had performed for.

Mr de Bomford will represent Tasmania at the Australasian Competition in September and compete against winners from all other states, territories and representatives from New Zealand.

“I will go to the national comp with no expectations other than improving the state comp performance and giving my best,” he said.