Earlier this year, he brought you the “Real Estate Secret Shopper”. After “unleashing hell” at QREAS in August, one of Australia’s favourite real estate coaches, Glenn Twiddle, is back out there finding the best deal for agents with respect to online “lead generation” websites.

My coaching clients are always asking me about whether they should be using online lead generation. I often saymake sure they are providing you with leads and you are getting great value from your investment!

Basically the way all of these websites work is that consumers will put their property and address details into the website and then distribute the request to be fulfilled by a local real estate agent subscribing to the service.

If you’ve never used one of these websites before, it can be quite confusing – how much should you be paying, how many leads will you get, do you have to sign a contract, plus many other questions get asked. So I thought it was high time I checked out a few to see who’s really performing.

After much deliberation I decided to put HomeGuru.com.au, CheckMyHousePrice.com.au and MyHouseValue.com.au under the microscope. Now I’m not an ‘online guru’ so my review of these sites is just like any normal agents view, through the eyes of the layman, so without further delay let’s take a long hard look at the findings.

Depending on what postcode you’re after it’ll cost you anywhere from $399-$599 +GST in a once off setup fee, and then an ongoing subscription fee of between $159-$259 +GST. There is also a minimum contract period of six months.

So what do you get for your money? Leads and a reasonable number of them! I spoke to a few current and former subscribers to the HomeGuru service and they seem to get between 6 –10 leads per month every month.

When you first sign up you also receive 2,500 letterbox drop cards for delivery to your area. (You’ll have to deliver them yourself though!) HomeGuru leads are generated through the use of Google Adwords campaigns and of course their preferred positioning on realestate.com.au. The house price report template that HomeGuru provides for you to send back to your leads (after filling in a few key details of course), is the best of the bunch.

It’s a pretty smooth, professional setup and that is what you’re paying for with the fairly high joining and subscription fees. The lock in contract is pretty long as well, considering how much our industry can fluctuate.

Verdict: Great if you’ve got the budget. However, higher joining and subscription fees, plus lock in contract make it worthy of consideration for an established career wanting more leads almost certainly going to come in.

CheckMyHousePrice.com.au, is a newcomer, but don’t let their youth put you off, apparently they are the fastest growing lead generation sites in the country.

No gimmicks, no catches this site is genuinelyfree to join and subscribe as they use a slightly different business model to their competitors.Although they rely also on organic traffic from search engines,they mainly focus their marketing efforts on direct mail traffic.In that they use offline letterbox drops to drive local property owners directly to the site to get their free property report.

CheckMyHousePrice.com.au will professionally print and distribute flyers on your behalf, to the homeowners in your suburb for the small fee of 10cents per flyer (plus GST).On average four leads are generated for every 1,000 flyers sent out.

The reports aren’t quite as flash as HomeGuru but representatives from within CheckMyHousePrice.com.au have informed me that the reports are undergoing upgrades as we speak.

For a free lead generation site, this has as many of the frills of its competitors and I was honestly impressed as to what they’ve been able to do. Additionally, there is no lock in contract or minimum terms.

This is also the only site that includes social media links for the agents in its reports to homeowners. So it’s very easy for your “lead” to follow you on Twitter, Facebook, and Linkedin at the click of a button.

Total cost over the contract term:You control the cost, but for example, if you did 1,000 flyers per month the cost would be $100 plus GST

Verdict: Of the three sites I reviewed, this is certainly to be consideredbecause there are no joining or subscription fees, and you have the ability to control the cost. Really, you only pay for flyers and delivery of them, and you aren’t even expected to do that, you can do your own flyers yourself. I also thought the social media links were a greataspect to the site. Because it’s free, savvy agents could subscribe to another lead generation service in addition to this one and possibly double the result.

This site has been around since 2003 and is one of the original entrants in the online lead generation market. Over the last eight years it has built its subscriber base of agents up to about 400 and for the most part has been cruising along under the radar.

MyHouseValue.com.au, like HomeGuru, relies on Google Adwords advertising and search engine traffic to generate its leads and as a result you pay a subscription much like HomeGuru.

The subscription fees range between $140 and $229 per month and the initial setup fee is approximately $199 – though you’ll often find they have specials that waive the joining fee.

As far as I can tell, there really isn’t a lot to differentiate this from HomeGuru as the site is basically a very similar service. The main difference is that MyHouseValue.com.au does not have access to RealEstate.com.au. Even so, they still generate betweenfive and eight leads a month per postcode, which is not bad, and shows their Adwords campaigns are money well spent. They appear to be a lot more flexible with their contracts – they just request 60 days notice for termination.

Total cost over the term of the contract: $370 (if you score the free setup & only pay for 2 months)

Leads per month: 6 per month on average

Verdict: It’s a pretty good “no frills” version of HomeGuru really, it’s cheaper and a little more flexible – the reports aren’t as good but it’ll do the job if your postcode has been taken with HomeGuru. 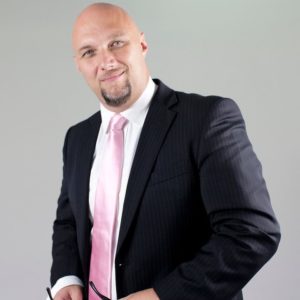